Even more Rare and Random programs which defy classification but are entertaining listening.

The Adventures of Father Brown, 1945, Mutual. One of the least hard-boiled detectives of all, Father Brown is a parish priest as well as an amateur detective.

The Flying Hutchinson's, August 19, 1939, sponsored by Pepsi Cola. George R. Hutchinson took his family on an airplane ride in 1909 and they enjoyed it so much that they opened an airport near Philadelphia. The later set out on a flying expedition, first to all fifty state capitals, then to the capital of every nation in the world.

The Adventures of Frank Farrell, Syndicated Adventure Serial. Frank and his friends "play fair to win square" on the various sports teams of Trent High School, and foil bad guys in the off-seasons between championships.

The Fresh Up Show, 1946, Mutual, sponsored by 7-Up. Bert Lahr plays a drug store clerk who gets conned into marrying the local doctor's daughter. Featuring Ruth Davies singing with the 7-Up Orchestra.

Great Moments from the Lives of Great Women, 1937, CBS. Dancer Anna Pavlova has the idea for her greatest work, "Swan Lake".

The Greatest of These, Syndicated. Attorney Harvey Desmond has inherited a million dollars, so now with the profits of a successful practice, he can dedicate his life to good works and charity. His philosophy is to practice the spirit of the law rather than its letter.

The Happy Gang, Daily music and comedy show from up north.

Hogan's Daughter, 1949, NBC. Family situation comedy about an Irish family living in a New York City walk-up. Pop Hogan thinks that life is unfair (how can his neighbor afford a television?) while his daughter Phyllis is looking for a job, but she would rather find a boy.

I Want a Divorce, 1941, Mutual. Joan Blondell looks at the rising divorce rate by dramatizing the problems which drive couples apart.

Jerry Dean, Boy Trooper, 1947, Mutual, audition program. Jerry Dean is a youngster who works with the State Police. A Junior Trooper premium for kids is offered.

Joe and Mabel: The story of a New York cabbie, Joe, his sweetheart, Mabel, and the great advice Joe gets from his friends. 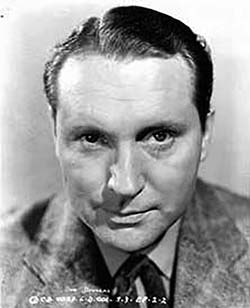 John Steele, Adventurer, 1950, Mutual. Don Douglas stars in the title role, Steele holds a variety of jobs in a number of exotic locations. He is rarely the center of the stories presented, rather we get to see others engaged in derring-do through his eyes.

Lights Out, 1935, NBC. An early episode of the great series. Naturally, it is a dark and stormy night. A pair of spooky travelers (Laslow and Mya von Drakenstein of Transylvania) stop at the house of a doctor who is almost as creepy as they are.

Log of the Black Parrot, May 6, 1950, Audition program. Elliot Lewis stars as the captain of a schooner plying the South Pacific in search of riches and adventure. On this run, the captain is carrying a cargo of explosives for a secretive doctor and a beautiful native girl who shot an amorous sailor.

Lord Weejie and Miss Duck, Russell Comer Syndication, 1930s. Aunt Duck, a.k.a. F. Duckworth is a lady investigator who has fallen in with Lord Weejie, a ventriloquist and fortune teller in a street show. Weejie's dummy makes eerily accurate predictions. 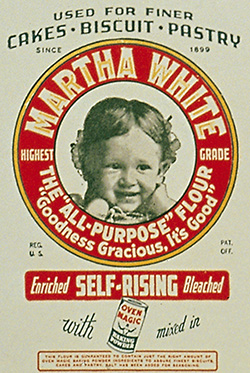 Men of Vision, 1935, Better Vision Institute Syndication. A look at great men who have "opened the eyes of the world", men who have "brought the world better vision".

Motor Oil Revue, 1930, National Refining Syndication. A variety of fun musical styles pushing En-Ar Gas and Oil along with everything to keep your car purring.

One Night Stand Presents Joe Reichman, the Pagliacci of the Piano. 1944, AFRS. Band remote broadcast for the Biltmore Hotel in Los Angeles.

Reichs-Rundfunk-Gesellschaft October 24, 1939, English Language Newscast. RRG was the German public broadcasting service from 1925 to 1945 and became a major outlet for Nazi propaganda beginning in 1933.

Sales of Short Spot Programming, 1944. The recording is a pitch to advertisers for the effectiveness of short radio spots lasting from mere seconds to a couple of minutes. This is in contrast to most radio advertising during the OTR period when a sponsor bought radio time in quarter, half, or full hour blocks.

Teenage Gospelettes, 1959. A mixed choir presents songs of worship and praise. The harmonies are accompanied by a rather "honky-tonk" sounding piano.

Temple Hour, New York Federation of the Union of American Hebrew Congregations. A program of song, prayer, and information about the Jewish Faith, an inspiring Sabbath Day broadcast.

Thesaurus, NBC Transcription. The network provided a series of transcription disks to local affiliates for play when network material was not available. The studio recorded music and program could be played straight from the disk or arranged however the station engineer wanted.

Tobacco Auctioneer Chants, 1950-1966. The almost musical calls of the auctioneers will be familiar to Jack Benny's Lucky Strikes Program fans, but these are apparently taken from actual tobacco auctions.

Tom Breneman's Laugh Parade, August 1945. Broadcast from the Hollywood USO, featuring jokes by the host and from Service Members passing through the USO on their return from the Pacific. Turn Back the Clock, 1960(?), AFRTS. Andy and Virginia present new (at the time) and old versions of popular songs.

Uncle Sam Speaks, November 4, 1946, Office of War Information syndication. The question is asked: Can the Germans be reeducated for Democracy? Panelists will demonstrate that Nazism has been eliminated from the German educational system.

Your Sugar Report, AFRS, 1945. Show business gossip, music, and some "sugar" for the boys overseas from Hollywood Starlet Brenda Marshall. Ms. Marshal went on to be matron of honor at Ronald and Nancy Reagan's wedding.

Katherine Steele on WHAS Louiseville: Queen of the West, Dale Evans explains how she got her stage name

Wings of the Dragon: Audition program about a pair of American pilots fighting in China before America joins the War.

World Program Services Syndications: A pair of 1936 recordings of Johny Long and Charlie Spivak and their Orchestras.