Increasingly more Random than Rare, this 26th edition comes to us from every corner of the nation and from the beginning to the end of the Golden Age of Radio.

Increasingly more Random than Rare, this 26th edition comes to us from every corner of the nation and from the beginning to the end of the Golden Age of Radio. Tex and Jinx Show, 1947, WNBC New York, The morning talk show couple interview Hungarian refugee photographer Robert Capa who has just returned from a visit to post-War Russia with American author John Steinbeck. Capa was the only civilian photographer allowed on Omaha Beach during D-Day and snapped the famous "The Picture of the Last Man to Die" image in Leipzig.

Columbia's Hollywood Showcase/Spotlight, 1935-38. A Preview of upcoming pictures and a look at what's new and who's news in the Motion Picture Capital.

Homicide, O'Kane, 1943, Blue Network. A homicide detective answers the phone at the station to hear the voice of a man who is being murdered. The program is filled with Radio noir touches.

How About That, 1949, Faught Company Syndication. "Everything from gadgets to gizmos, oddities to curiosities, stories about the usual and the unusual, facts and fantasies, something old and something new". Not quite as polished as Believe It Or Not, but not so far-out either.

Hudson Auto Show, 1952 Syndication. Hudson's are built differently and better! That is the message of this 11-minute commercial for the 1952 model year, and have features like Step-Down interior and Mono-build Construction. Unfortunately, the company is having difficulty competing with Detroit's "Big Three" and Korean War contracts are the only thing keeping Hudson afloat. 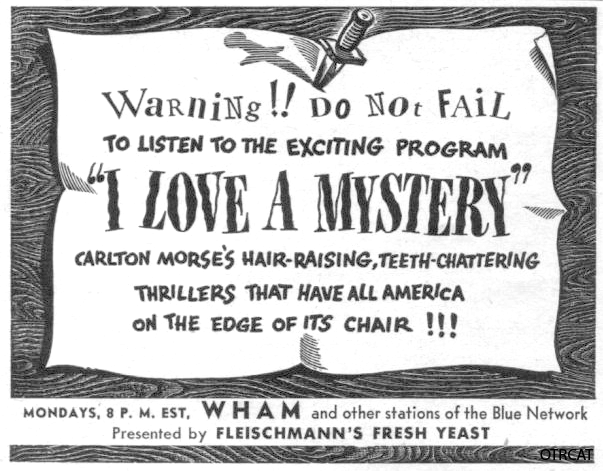 I Want to Come Back, 1941, Audition programs. Broadcast from within the walls of San Quentin Prison, the program showcases stories of reformed felons who have paid their debt to society but cannot receive parole unless there is a job waiting for them. As noble as the program's intentions seemed, three audition programs were made but it was apparently never picked up for regular broadcast.

I Love a Mystery Promo, November 1943. ILaM is hardly a rarity, in fact, the exploits of Jack, Doc, and Reggie are long-time OTR favorites. However, many daytime promos like this 19-second spot have been lost to the dustbins of radio history.

In Your Own Words, 1955, NBC. "Unscripted" and "Reality TV" has been all the rage over the last couple decades because the stories are compelling, but they are inexpensive to produce. This radio program has a similar concept, the stories are told by "real people" speaking into the interviewer's tape recorder and telling their real-life stories. 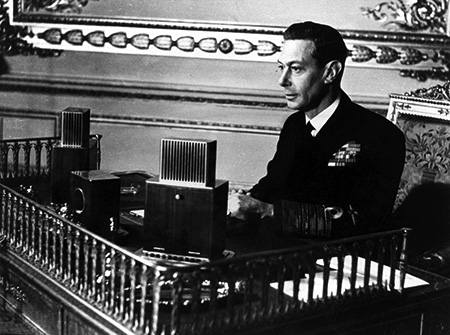 Interesting People in the News, 1935 syndication. Sponsored by The American Magazine, editor Sumner Blossom tells the stories of some of the people he meets.

Jack and Jill, 1930 Syndicated serial. A young couple in Fort Worth gets married over her father's objection and as "The Ambassadors of Youth, Romance, and Fun". They decide to take a trip from Texas to California in a $12 jalopy.

Jean Sablon Show, 1946, CBS. What could be romantic than a crooner? A crooner with a deep French accent! Jean Sablon was the toast of Casino de Paris before coming to the USA in 1937. After headlining on Broadway, he returned to Paris but came back to America when Paris was occupied by the Nazis.

Judy and Jane: A soap from the Hummert Radio Factory with situations ripped from the headlines

King George VI, 1939 and 1945. Two years after his coronation and just before Britain entered the War, the King of England and his wife, Elizabeth, toured Canada and the United States, and the first broadcast is the Royal couple's remarks before leaving North America. In the next broadcast, His Majesty tells his people that the War is over after the Empire of Japan surrenders.

Know Your Presidents, 1950, KWTO Springfield, Missouri. High school quiz show pitting students from around Missouri against each other for prize money. 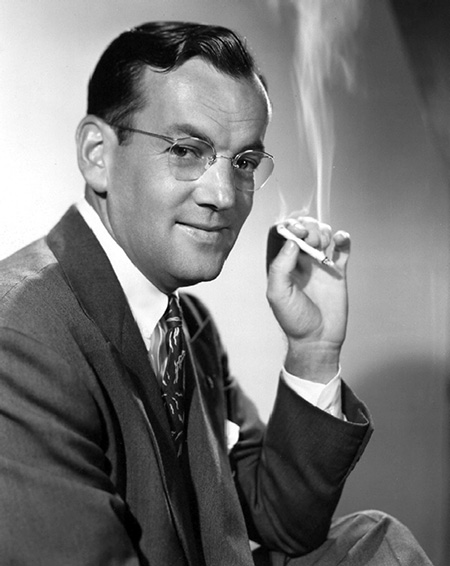 Let's Have Fun, 1935, CBS. Each week a new original musical comedy with words and music by Rogers and Hart. The second half of the program features popular dance music.

Louie's Hungry Five, 1931, WGN, syndicated by the Tribune newspaper. "Om-pah" music and ethnic humor in what is billed as a "comic strip of the air".

March of Time Special, 1938, KFI and the West Coast Network. An apparent spoof of the Red Network and the NBC Chime.