Christmas Eve, 1924, a male vocal quartet began singing the "Have You Tried Wheaties?" gave the product a huge boost in the market leading to other companies creating jingles for their products.

The Advertising Jingle is probably as old as the concept of brand names. There were puns relating to :Vesusvinum" wine jars found under the ashes in Pompeii, and it is easy to imagine a peddler singing about his wares as he carried his pack into a village.

There is a small dispute whether Radio Jingles were invented or if they simply evolved as the medium matured. There is a broadcasting legend of how advertisers came to realize the importance of jingles.

In the 1922, a worker for what would become the General Mills company accidentally spilled a few drops is a wheat bran mixture on a hot stove and created what would become known as Wheaties. The resulting flakes were tasty, healthy, and relatively cheap to produce, but they did not sell very well at first. Looking at the national sales figures, General Mills was ready to pull the plug on the product in 1929 until someone pointed out that the Minneapolis-Saint Paul distributor was ordering 53,000 cases of the cereal. What was the difference? Starting on Christmas Eve, 1924, a male vocal quartet began singing the :Have You Tried Wheaties?" song on the radio. 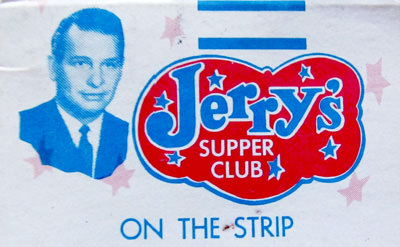 Scholar's point to NBC's ban on direct advertising during evening programing as a factor in the rise of jingles, but the biggest factor may have been the economic boom and changing listening habits of the 1950s. The national networks were shifting their attention to TV, and radio stations were turning to more local programming. The boom also meant that there were more local retailers competing for market share.

The jingles in this collection were recorded by talent at Allied Radio Artists and shipped to the local markets on 7 inch, 45 rpm discs. The vocals fill the first and last 15 seconds of most of the spots, with just music in the middle portion to allow the local announcer to read the local message. Many use "public domain" melodies such as "Turkey in the Straw", "London Bridge Is Falling Down", "Old MacDonald's Farm" along with a number of waltz and polka tunes. Not only did this save the expense of paying a music composer, the familiar tunes were likely to stay in a consumer's head and exert a subliminal influence when it came time to choose a dairy, drug store, gas station, donut shop, car dealer or upholstery shop.