Choose your CD format
or order disks individually: Add to Cart Add to wishlist
Play a sample episode from January 16, 1953: 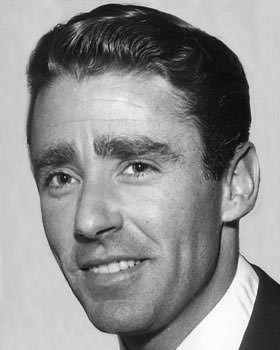 The image the Rat Pack tried to portray was that of street-wise toughs who grew up to be talented playboys. The exception was Peter Lawford. Lawford really was an aristocratic playboy.

Lawford's father, Sir Sydney Lawford, had been a highly decorated officer in the First World War. After the War he was posted to India, where he fell in love with the wife of one of his Junior Officers, May Somerville Aylen. The result of the affair was not only scandal, but Peter as well.

Sir Lawford and May were eventually married, and moved to France and later the the US to avoid wagging tongues. They were treated like royalty in the exclusive Palm Beach, FL, neighborhood where they settled, but the family lost their source of wealth when England entered WWII in 1939.

Peter seriously injured his arm at the age of 14 during a run in with a glass door. Although he later learned to hide his injuries, they were severe enough to prevent him from entering service during the war. This was fortunate for his movie career. With hot properties like Jimmy Stewart and Clark Gable in the service, Lawford became a high-demand leading man by default. (When he began working for MGM, his mother, Lady Lawford, insisted that the studio hire her as well, because her son was a "bummer" who needed his mother's supervision. Lawford never forgave her, and the situation was referenced in "Ocean's 11.") 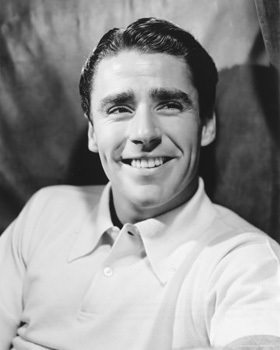 Lawford worked with Frank Sinatra for the first time in the musical "It happened in Brooklyn" (1947), and in 1959 Sinatra made Lawford part of the Rat Pack, along with Dean Martin, Sammy Davis Jr and Joey Bishop. Lawford brought the casino caper film project, "Ocean's 11", to Sinatra's attention, and it would be the first time that all five members of the group would appear on the screen together.

In 1954 Lawford married Patricia, the sister of then Senator John Kennedy. The Rat Pack actively campaigned for Kennedy's Presidency, but it was a perceived snub from the Camelot Clan that began the break-up of the Rat Pack.

Sinatra invited the Kennedy's to stay at his home during a West Coast vacation. Sinatra made several security upgrades to the home at his own expense for the Presidential visit. However Kennedy was advised that Sinatra's mafia connections made the visit a poor idea, and he choose to stay with Bing Crosby instead. Sinatra blamed the snub on Lawford.

Lawford's marriage to Patty Kennedy ended in 1966. He would marry three more times, each time to a woman less than half his age.

Peter Lawford died on Christmas Eve 1984, of cardiac arrest, complicated by kidney and liver damage from his years of drug and alcohol abuse. He is honored with a star on the Hollywood Walk of Fame at 6920 Hollywood Blvd.