This year is both the end of the WWII decade and a prelude to the consumer culture of the 1950s.

Choose your CD format
or order disks individually: Add to Cart Add to wishlist
Play a sample episode from January 21, 1949: 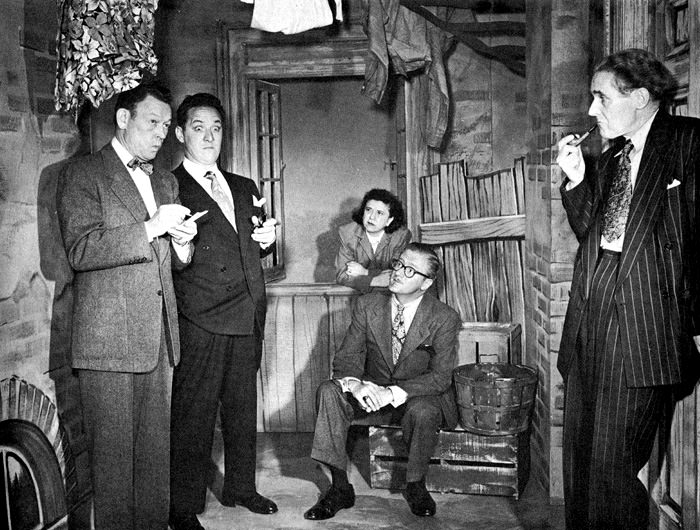 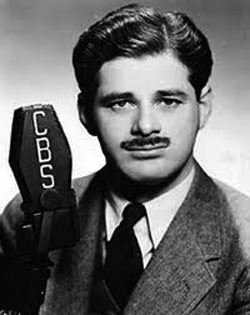 1949 is both the end of the WWII decade and a prelude to the consumer culture of the 1950s. Radio news from the time shows the difference between news and history. There are a number of significant advances in science, technology and military hardware during 1949, several we recognize today as being significant, but because of Cold War secrecy were little reported at the time.

On Jan 21, a report on "Seduction of the Innocent", the power of comic books to influence Juvenile Delinquency. (A book by the same title will be published in 1954. Its influence will lead to the Comics Code of America.)

On January 30, NBC's Living turns to none other than Fred Allen to discuss the State of American Humor.

Bob Hope and company have a sketch on the first program of the late season which has an imagined visit by Joe Stalin the the USA.

Mel Allen talks about the state of baseball on the March 12 edition of his Saturday Sports Special.

On April 4, the Veterans of Foreign Wars celebrates its Golden Jubilee. On the same day, the North Atlantic Treaty is signed. The treaty, which was intended as a mutual defense pact against a Soviet attack on Western Europe, lead to the formation of NATO.

Ponder comes from behind to win the Kentucky Derby on May 7th. The Berlin Airlift ends as the Soviets lift the blockade of the city (on August 29, "Joe 1", the first Soviet atomic bomb, is detonated in a test).

Opportunity USA was a special variety show to promote US Savings Bonds on May 19.

The Armed Forces Radio produced a half hour program in 1949 which told the story of AFRS. The largest radio network in the world, AFRS didn't even exist at the beginning of the decade, or even at the beginning on the War. As American servicemen were still assigned to important overseas posts in peacetime, AFRS was there, a vital weapon of the Cold War.

The July 1 edition of Wendy Warren and the News reports the end of closing arguments in the first Alger Hiss perjury trial. Hiss had been accused of being a Communist while in government service, which he denied. The allegation was later proved to be factual.

Norman Corwin explores what it means to be Citizen of the World on July 10.

In October a "subway series" was held as the Brooklyn Dodgers and the New York Yankees played for the top spot in baseball. Game five made history as the Ebbets Field lights were turned on, making it the first World Series game to finish under artificial lights.

On November 18, We The People imagines an interplanetary football game and speaks to the astronomer who discovered the planet Pluto in 1930.