War raged in Europe, France surrendered to Germany as Luftwaffe bombs fell for the first time on Paris. Although, America was not yet committed to war, there was quiet preparations to join to fight.

Choose your CD format
or order disks individually: Add to Cart Add to wishlist
Play a sample episode from May 10, 1940: Like any other year, 1940 dawned with a mixture of reflection and anticipation. The decade of the Great Depression was receding into the past and Americans were waiting to hear from the man who led them through the crisis: would FDR run for a third term? 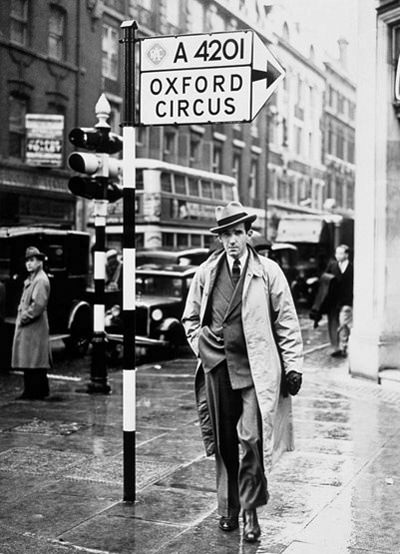 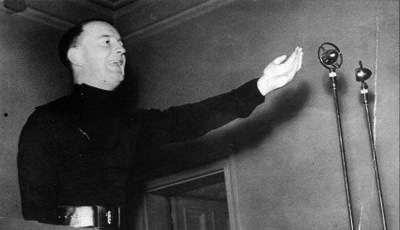 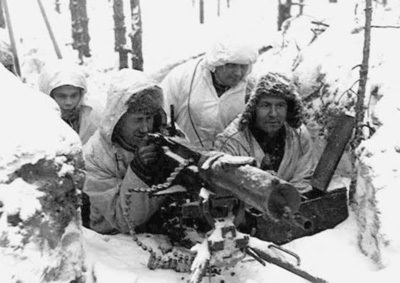 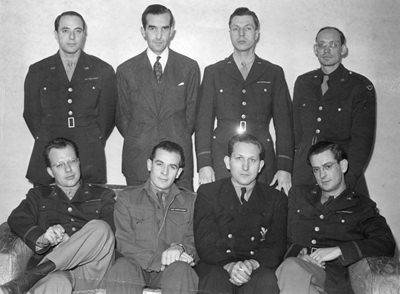 Congress opened session in early January with an agenda centered on domestic issues but with overtones of each party positioning itself as the party of peace. All ears were opened for news from Europe, where the Phony War dragged on.

The Western powers were technically at War with the Axis, although on land relatively little had happened since Germany invaded Poland in September of 1939. The Winter War started when the Soviets invaded Finland in November, 1939, under the pretense of shoring up their defenses of Leningrad. During a broadcast from Amsterdam in mid January, Edward R. Murrow shared the how difficult the War was making it for journalists to get around the Continent.

During the "Sitzkrieg" phase of the Phoney War, there was plenty of action on the high seas. The pocket battleship Graf Spee had been neutralized at the Battle of the River Plate just before the New Year. The German tanker Altmark was carrying English POWs from Montevideo through neutral Norwegian waters when it was captured by the British Navy. Then Lord of the Admiralty, Winston Churchill announced the end of the Altmark Incident during a speech over the British radio; "the Navy is here!"

Another voice heard over the air in Great Britain was Lord Haw Haw. Tasked with demoralizing the troops and civilian population in England, Lord Haw Haw appeared on the Germany Calling program, broadcast by the Reich Ministry of Public Enlightenment and Propaganda from a medium wave station in Hamburg. Haw Haw was voiced early in the War by journalist Wolf Mitler, but the name most associated with Lord Haw Haw is William Joyce.

The Soviets signed a treaty with Finland on March 12, ending the Winter War and gaining even more than they had demanded at the beginning of the hostilities. Germany began invading the Scandinavian countries in April in order to secure their access to the Swedish iron ore needed by their steel industry. France and Great Britain send an Expeditionary force to aid in defending formally neutral Norway, but the efforts stalled in May when Germany invaded France.

In Great Britain, Prime Minister faced constant criticism in Parliament over the Norway Issue and his handling of the War to date. When he resigned on May 10, King George VI appointed Winston Churchill to replace him. On the same day the Nazis attacked Luxembourg, Belgium, the Netherlands and France. Great Britain invaded Iceland that day as well to prevent German forces from advancing there after the Scandinavian Peninsula.

Churchill made his first address to Parliament as Prime Minister on May 13, promising nothing but his "blood, toil, tears and sweat". German forces continued to roll across France and the Low Countries, trapping Allied armies between Panzer divisions and the Channel. Allied troops, including the majority of the British Expeditionary Force, were able retreat to the port city of Dunkirk. A hastily assembled flotilla of ships and boats, including a number of privately owned pleasure craft, evacuated 338,226 men from Dunkirk between May 27 and June 4. Most of the heavy equipment and tanks had to be left behind, and the incident is fondly remembered as one of Britain's finest hours, although Churchill was careful to remind his people that "Wars are not won by evacuations".

On June 3, Luftwaffe bombs fell for the first time on Paris.

While England's ears were still ringing with Churchill's promise that "We shall fight them on the beaches...", Nazi forces continued to advance across the French countryside. Paris was largely undefended when the German's arrived on June 14. In his "Finest Hour" speech on June 18, Churchill states "the Battle of France is over. The Battle of Britain is about to begin".

On June 22, Hitler personally attended the France's surrender at Compiegne, the site of the German surrender at the end of WWI. Although Vichy France had capitulated, Free French forces evacuated by whatever means possible so that they might fight another day, including a number of combat aircraft crossing the Mediterranean to French African colonies. Charles de Gaulle did all he could to rally the Free French from his headquarters in London.

The Democratic National Convention took place in Chicago, and Roosevelt was nominated to run for a third term on July 16. On July 19, Hitler made a quiet offer of peace to Great Britain in a speech from the Reichstag. Reportedly, the Fuhrer's speech was given in a relatively calm voice, but with the attitude of a victor, having conquered the whole of continental Europe. Speaking for Churchill, the cabinet and the British people, Lord Halifax rejected the offer, and German authorities told reporters that "the die is cast".

Bugs Bunny appears on the screen for the first time on July 27 in A Wild Hare.

America's eyes in the Battle of Britain and the Blitz were those of "The Murrow Boys", correspondents hired by and working with Edward R. Murrow, including Larry LeSueur, Charles Collingwood and Eric Sevareid. The news was analyzed in network studios but great names like Elmer Davis and Raymond Gram Swing, but it was the Murrow Boys who took us into the air raid shelters, Trafalgar Square just before a bombing attack, and to the English countryside to inspect where the bombs had fallen.

The official reports were conflicted depending upon which side was giving them. The German propaganda service claimed that the raids were doing more damage than they did and that the British were inflating the number of enemy aircraft destroyed. The Murrow Boys gave continual reports of the high morale of the British people during the Blitz.

On this side of the Atlantic, there were quiet and not so quiet preparations for a War that everyone hoped to avoid fighting. On September 2, President Roosevelt makes an agreement with Great Britain to transfer 50 old destroyers to the Royal Navy in exchange for 99 year leases on British bases in the North Atlantic, the Bahamas and the West Indies.

The year 1940 ends with Edward R. Murrow reporting a grim Christmas in London, sending greetings less of Merry Christmas and more of So Long and Good Luck. The BBC, however, broadcast a Christmas message of defiance if not joy, with the plucky attitude that carried England through the Blitz and steeled her will to face an uncertain future in 1941 and beyond.