Tagged the Velvet Fog, Mel Tormé was one of the smoothest and most musical of all the great crooners.

Choose your CD format
or order disks individually: Add to Cart Add to wishlist
Play a sample episode from August 21, 1947: 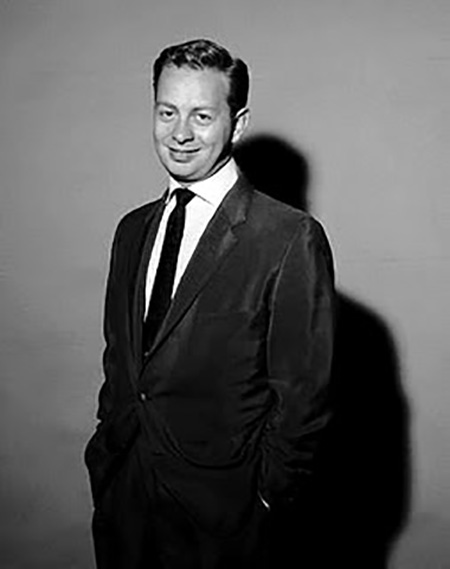 Could any singer be called "the king of the Crooners"? We have seen several crooners in OTR who could certainly fit in the title. Rudy Vallee showed us that crooning could be sexy when bobby soxers began swooning when they caught a glimpse of his lips moving through his megaphone. "Der Bingle" demonstrated that crooning could be the foundation of a business empire, and Sinatra combined bobby soxer-screaming sensuality with the sort of aggressive coolness which defined the Las Vegas Rat-Pack.

As marvelous as these singers were, they arguably missed the entire point of crooning: using the music an electrically amplified male voice to create intimacy with the listener. Naturally, personality is a big part of the package, but not as much as musicianship. The greatest musician of the crooners was none other than the Velvet Fog, Mel Tormé.

Melvin Howard Torme, born to Russian Jewish immigrant parents in Chicago, 1925, was a musical prodigy. His first professional gig was singing with the Coon-Sanders Orchestra at the Blackhawk restaurant on N. Wabash Ave at the age of four. This exposure launched a short radio career as Mel played small parts on Chicago-originated soap operas as juvenile serials like The Romance of Helen Trent and Jack Armstrong, The All-American Boy. Acting held little interest for the lad, Mel's big ambition was to become a Jazzman.

He began writing songs at the age of 13, and three years later his first published song, "Lament to Love", became a hit for Harry James. Mel cut his teeth as a drummer with Chicago's Shakespeare Elementary School Drum and Bugle Corp, and was still in his teens when he began drumming, singing, and arranging for a band led by Chico Marx (Chico was a very talented pianist, but early on only played with his left hand until he got a better piano teacher who taught him to play with his right hand).

Mel and Frank Sinatra both made their film debut's in the RKO musical Higher and Higher (1944). Later that year he formed the act "Mel Tormé and his Mel-Tones", which was modelled on Sinatra's relation with the Pied Pipers. The Mel-Tones has several hits fronting for Artie Shaw as well as on their own. They are credited as an influential act who led the way for groups like The Hi-Lo's, The Four Freshmen, and Manhattan Transfer. 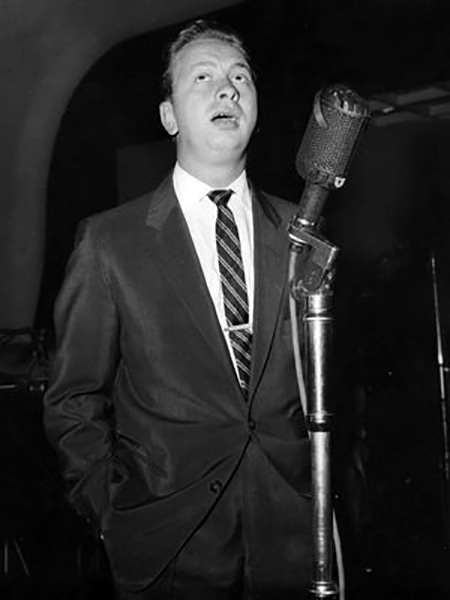 Tormé left the Mel-Tones in 1947 for a solo career. While singing at the Copacabana in New York, DJ Fred Robbins gave him the nickname "the Velvet Fog" to honor his smooth style. (Mel hated the nickname, sometimes describing his voice as a "Velvet Frog".) He had a number of hits on the Decca label and along with Artie Shaw on Musicraft. His first and only number 1 hit came on Capitol, "Careless Hands", and he also first recorded his signature tunes "Blue Moon" and "Again" were first cut for the label.

Although he remained popular, the rise of Rock 'n' Roll took a toll on crooners (Mel described the new music as "three chord manure"). Tormé was a student of Jazz as an art form, moving his studies beyond just technical applications by writing books like The Other Side of the Rainbow (1970, about Judy Garland), It Wasn't All Velvet (1988, his autobiography), Traps-The Drum Wonder (1991, a biography of Buddy Rich), and My Singing Teachers: Reflections on Singing Popular Music (1994).

Tormé appeared in a few films. He played a gunfighter called "The Deacon" in Walk Like a Dragon (1960), and enjoyed the experience so much that he took up the quick-draw shooting as a hobby. His career caught an unexpected resurgence when the leading character on the popular TV comedy Night Court was a fan, and Mel was invited as a guest star several times between 1986 and 1992.

This collection contains many of his musical appearances as well as commecial spokesman appearances in various old time radio shows.

A stroke in 1996 left Tormé unable to continue singing, and he was killed by another stroke on June 5, 1999. He was 73. A Star on the Hollywood Walk of Fame at 1541 Vine Street honors contributions to Recording made by Mel Tormé.