featuring music from the Marine Corp Band, as well as a good deal of serious Hollywood talent to promote the achievements and history of the Marine Corps.

Choose your CD format
or order disks individually: Add to Cart Add to wishlist
Play a sample episode from March 03, 1948:

The Continental Marines were formed primarily as an infantry unit to serve on board the ships of the Continental Navy. In the pitched ship to ship sea battle, Marine riflemen would man the rigging of their ships and pick off the officers of the opposing ship. A ship's Marine detachment was berthed between officers and the crew; another part of their shipboard role was to put down any potential mutiny. 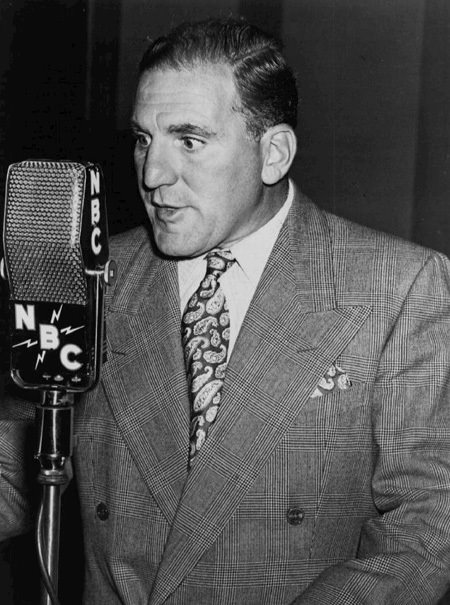 Since the birth of the Continental Marines at Tun Tavern, Philadelphia, on November 10, 1775, the Marines have been an all volunteer force. Becoming a Marine is something that must be earned, and few fighting forces have an esprit de corps as strong as the United States Marines.

The Marine Story program was syndicated by the Marine Corps recruiting division in 1948. With the exploits of the Corp during the Second World War still fresh in people's minds, Marine Story drew on the early history of the Corp for story material. The Revolutionary War, the War of 1812 and the Mexican American War are all represented in the series.

The series features music from the Marine Corp Band, as well as a good deal of serious Hollywood talent. The dramatization of Francis Scott Key being inspired to write the "Star Spangled Banner" features Eddie Albert. Robert Young stars in a story about Captain Gillespie, whose Marine detachment fought in Old California during the Mexican-American War.

Two of the episodes in this collection star William Bendix. Bendix had been nominated for Best Supporting Actor in Wake Island (1942), but old time radio fans may be know him better as Chester R. Riley from The Life of Riley.

Recognizing Riley's voice comes as a bit of a shock when he portrays noble officers like Captain James Willing, who recovered a scow, the U.S.S. Rattletrap, and commanded a company of Marines on an expedition down the Ohio and Mississippi Rivers during the Revolutionary War. Bendix also plays Lt Francis DeBellvue who was tasked with convincing the pirate Jean Lafitte to fight with the Americans during the War of 1812.