Choose your CD format
or order disks individually: Add to Cart Add to wishlist
Play a sample episode from April 19, 1951:

"A Matter of Fact"

The world felt pretty comfortable after VE and VJ Day. We had won the War, our enemies had been effectively destroyed, and for the most part, our boys were coming home to enjoy the benefits of a booming post-War economy. Internationally, our friends were not in as good shape, but we were in a position to not only help them recover, we were able to benefit our former enemies as well. The 800-pound gorilla in the room was our supposed friend, the Soviet Union. 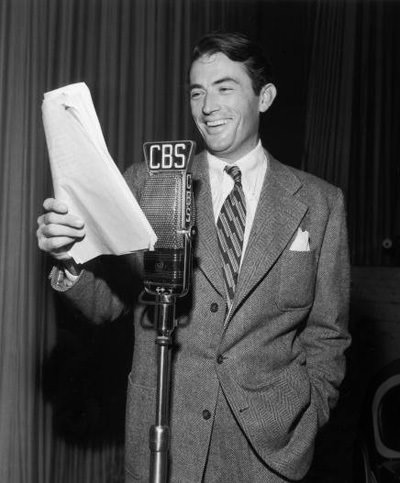 It may have been a stretch to have called the Russians our friends during the War. Although we were technically allies, the situation was more of "the enemy of my enemy is my friend". The Soviets and the Western Powers wanted to end the threat of Nazi ambition, but the USSR had actually signed an agreement with Hitler before the War (the fact that the Nazi broke the agreement was of little surprise). Once peace came, while we were doing what we could to help our Western allies, as well as our enemies, to recover from the conflict, the Soviets were doing what they could to bring its surrounding states into their own sphere of influence. Instead of rebuilding, they seemed to want to gather the spoils of War for themselves.

This was distressing, but not necessarily alarming. Sure, the Communists had claimed that they were determined to subvert the way of life that we had fought so hard to defend, they could not hurt us. After all, we were the only ones who had atomic bombs. At least, we thought we were the only ones until we received indications of the first Soviet atomic test at the end of August 1949. Suddenly, the notion of Communists making inroads into America was a very real threat, and the Cold War had begun.

Just like Frank Capra's Why We Fight film series helped our boys to understand why we needed to defeat the enemy in WWII, soldiers who would fight in the Cold War needed to be told why the Commies were such a threat. One effort was the If Freedom Fails series on the Armed Forces Radio and Television Service.

Just as AFRN had during the War, AFRTS was able to tap considerable acting talent for the If Freedom Failed series, including Gregory Peck, Raymond Burr, Mark Stevens, and Richard Whitmore. The series takes place in the imaginary town of Springfield and describes what it would be like to live in a typical American town if the communists took over.

In the first episode, Gregory Peck plays a museum director who does not worry what the commissars might direct because everything in the museum represents well-known facts. However, it seems that the Communists who are running things now are more than willing to change the facts to suit their message. In another episode, a group of professional baseball players must face their fate when they are not willing to lay down in front of the Soviet ball team in the first "real World Series".

If Freedom Fails is a well-produced example of Cold War propaganda and an interesting counterpoint to shows like I Was a Communist for the F.B.I.