One of the most ironic Hollywood beneficiaries of the War was B-list actor Henry Rowland.

Choose your CD format
or order disks individually: Add to Cart Add to wishlist
Play a sample episode from February 12, 1951: 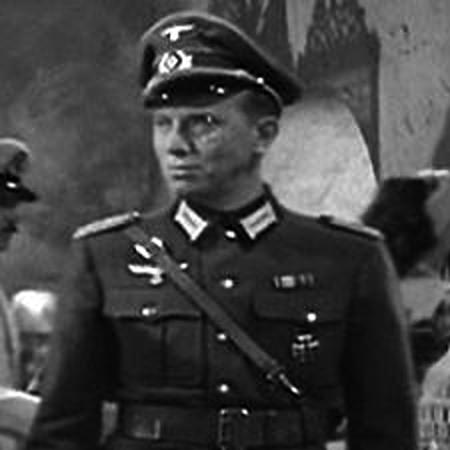 The Second World War (politically an extension of the Great, or First World War) was an incalculable tragedy from a human as well as economic standpoint. The American people made incredible sacrifices with their fighting men and their families, but that sacrifice pales in comparison with that made by other countries, including America's Allies. Economically, the War was a boon to the United States. The ferocity of the fighting left most of the belligerents in financial ruin, but America, isolated by two oceans, not only was saved from the need to rebuild but was actually in a position to finance the post-war global rebuilding effort, and profited greatly by it.

The War had some interesting effects on the careers of Hollywood actors. Many, including A-List leading men like James Stewart, Henry Fonda, and Gene Autry answered the call to service and found that their heroic veteran status boosted their post-War career. Some, like the great John Wayne and Bogie, were unable to serve directly but may have made as big a contribution by portraying American heroes on the stage. One of the most ironic 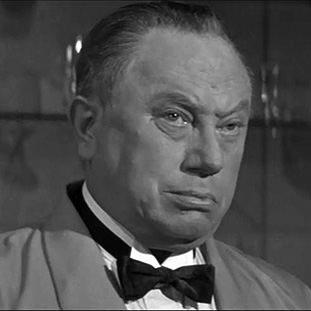 Hollywood beneficiaries of the War was B-list actor Henry Rowland.

Midwest American to the bone, Oklahoma native (b. Wolfram Von Bock, 1913), Henry Rowland had strong Teutonic features. Since Hollywood was gearing up to fill the demand for War pictures, Rowland was an obvious choice to play the German enemy. His first film role was a small part in Douglas Fairbanks Jr.'s adventure film, Safari (1940). Rowland followed up with a series of uncredited roles as the "Heil"ing and "Achtung"ing bad guy, but he was never called upon to play a true heavy. One of his most famous uncredited roles was as a German soldier in Casablanca (1942). He played a Nazi Captain in the film version of John Steinbeck's The Moon is Down (1943).

Through the Fifties and Sixties, Rowland guest starred in a number of Television Western series, including Annie Oakley, Brave Eagle, The Lone Ranger, Zorro, The Rifleman, Tales of Wells Fargo, and Gunsmoke. Near the end of his career, he spoofed the Nazi Bad Guy roles in Russ Meyer's sexploitation films Supervixens (1975) and Beneath the Valley of the Ultra-Vixens (1979).

Henry Rowland died in Northridge, California, on April 26, 1984. A Star on the Hollywood Walk of Fame at 6328 Hollywood Blvd was dedicated honoring contributions to the Television industry by Henry Rowland.