Although Statehood was not granted until 1959, a vacation to beautiful Hawaii has long been part of the popular imagination. 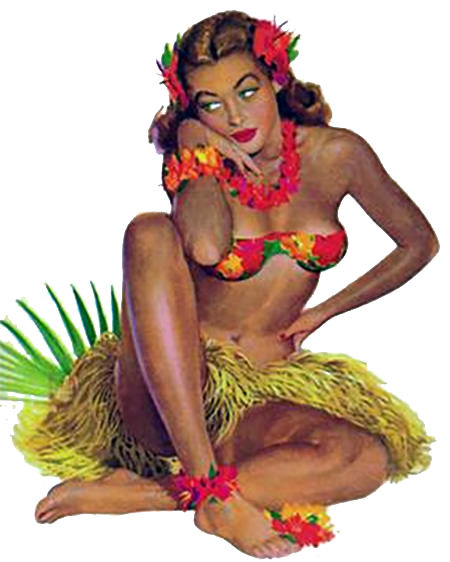 Just over the horizon in our collective imagination are the friendly and sunny islands of Hawaii. This vacation paradise is not as inaccessible as it once seemed, thanks to the development of relatively cheap air travel. Many service people at least pass through Hawaii during their enlistments, and personnel from all four branches of the military consider the assignment to a base in the Islands a highlight of their career. Images of Hawaii from movies and TV are incredibly popular, including classic TV series like Hawaiian Eye, Hawaii Five-O starring Jack Lord, Magnum P.I., Elvis Presley's Blue Hawaii, From Here to Eternity, Disney's Lilo and Stitch, and the popular remake of Hawaii Five-0 currently in broadcast.

The Hawaiian tourism industry has long been aware of the importance of media representation in attracting visitors. The syndicated radio program Hawaiian Fantasies was recorded before jet travel made a Hawaiian vacation a reasonable dream for most people. In 1933, during the depths of the Great Depression, hearing Polynesian singing and steel guitar over the radio was as close as most Americans could come to the Island paradise.

The stories told on Hawaiian Fantasies are based on Hawaiian and Polynesian folklore. The first broadcast tells of a freedom loving people driven East from Europe and the near East until they found themselves on the far shores of Asia, where they took to double-hulled canoes and set out on great voyages of discovery on the great Pacific Ocean. Some settled in Tahiti and other islands, while some of the hardiest and bravest continued north to the Islands we now know as Hawaii. 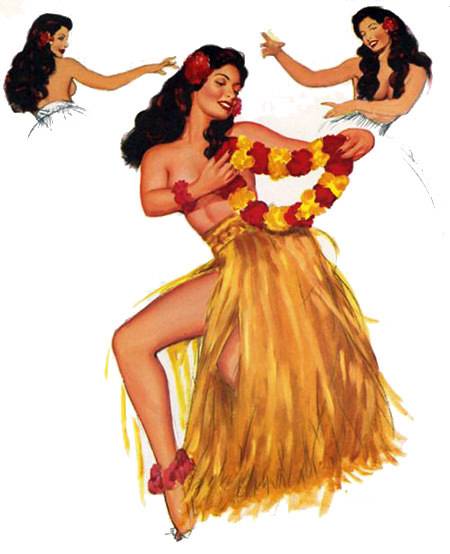 Hawaiian Fantasies was recorded during what is referred to as the Annexation Period in Hawaiian history. The earliest human settlement in Hawaii occurred around 300 A.D., followed by a more important migration from Tahiti around 1100 A.D. (about the same time the Vikings were upsetting things in Europe). The Tahitians brought the kapu system of beliefs based on reverence for the ali'i or kings and noblemen. Although there may have been some previous limited Spanish contact, the first documented European contact with Hawaii was British explorer James Cook in 1778. Cook called them the Sandwich Islands for his sponsor, the Earl of Sandwich. At the end of Cook's second visit in 1779, he attempted to kidnap one of the ali'I or local princes whose people had stolen a longboat from the expedition. The boat was not recovered and Cook and four Royal Marines were killed on the beach.

Kamehameha the Great united the ali'i throughout the Hawaiian Islands after a series of battles in 1795. He established a monarchy which was recognized by many of the great nations of Europe. 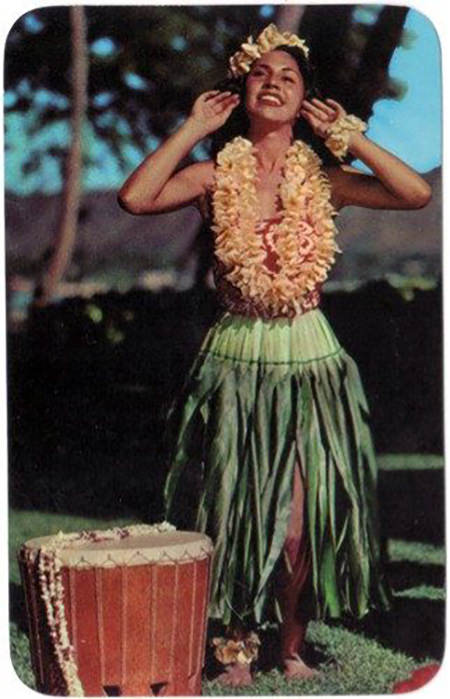 However, as a poor nation placed in a strategically important spot, the Kingdom of Hawaii was coveted by several of the Great Powers with interests in the Pacific. Christian missionaries had begun visiting the islands, that the whaling industry found that Hawaii was a useful supply station near their hunting grounds. One of the greatest political factors was American capitalists developing the cultivation of sugar cane in Hawaii. The Kingdom of Hawaii began to fall apart and western capitalist formed a Committee for Public Safety which overthrew the monarchy in 1894 to form the Republic of Hawaii. The Committee began lobbying for Hawaii to be annexed by the United States, which finally occurred in 1898.

Hawaii became an important American Territory, but except for sugar growers and pineapple canners, it remained largely a backwater. The American Navy recognized its importance at the center of the Pacific, and the Army came in, charged with the security of the American bases in the Islands. There were those who encouraged Statehood for the Islands, but the American businessmen who were running things found Territorial status to be more advantageous. The Empire of Japan, working towards their own ambitions of Pacific domination, attacked the American forces near Honolulu on the morning of December 7, 1941. Nine years after Hawaiian Fantasies was first aired by Transco Syndications, Hawaii was on the mind of every American.

Before the War, air service to Hawaii was limited to Pan American's weekly Clipper service, and until 1939 the seaplanes only carried five or six passengers (mail and cargo had priority). Non-military flights to the area were forbidden during the War, but regular flights were common by the late Forties. PanAm made the first scheduled nonstop flight from Tokyo to Hawaii in January 1950, using a B377 Stratocruiser. Trans-Pacific transport came of age during the Korean Conflict as the islands became an important stop-over for military flights to Korea.

President Eisenhower signed the Hawaii Admission Act on March 1959, and the Fiftieth State was officially welcomed into the Union effective on August 21, 1959.