Order a cocktail and sit back under the swaying palms of The Cocoanut Grove Nightclub in Los Angeles and enjoy the music of Phil Harris before he met Jack.

The historic Ambassador Hotel in Los Angeles opened its doors on Wilshire Blvd in 1921. Quickly gaining a reputation as "the playground of the stars", the hotel and its centerpiece, the Cocoanut Grove nightclub, eventually found prominent places in LA, Hollywood, even American history The hotel was the location for six Academy Award Banquets and Ceremonies, including the 1939 Ceremony hosted by Bob Hope when Gone With The Wind won 8 Oscars (out of 11 nominations). The nickname "Ambassador Studios" came because many films featured the hotel, TV shows, and even music videos. Celebrities frequented the hotel and some movie stars even took up residence on the grounds. Seven U.S. Presidents, from Hoover to Nixon, stayed at the Ambassador while visiting the West Coast.

The Cocoanut Grove was the premier live entertainment hot spot on the West Coast for several decades. Gus Arnheim, who had played with previous house-bands at the Grove, was given the green light to form his own orchestra in 1927. The band had an upbeat and contemporary sound, and the engagement at the Ambassador led to a good deal of network radio and recording exposure. 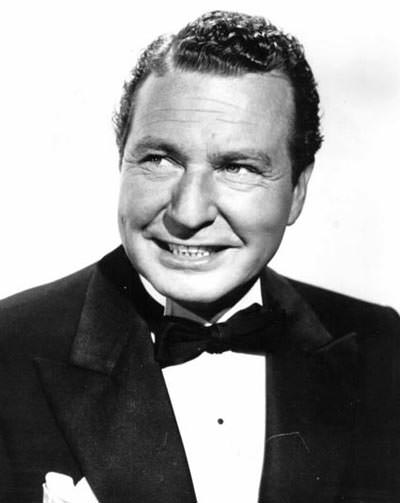 A vocal trio called the Rhythm Boys worked with the Arnheim's Cocoanut Grove Orchestra in 1930, and became hugely popular on the radio. The exposure at the Ambassador was especially beneficial for Rhythm Boys member Bing Crosby.

Phil Harris had been the leader of the leader of San Francisco's St. Francis Hotel house orchestra in the late 1920's. He took the band touring in 1932. Eventually they settled in LA about the time Arnheim was ready to leave the Ambassador.

The recordings in this collection are from Harris' time as the leader of the Cocoanut Grove Ambassadors.

Harris's act was unique at the Grove because he was one of the first band leaders to sing and become an attraction in his own right. The charming Leah Ray, "the dimples from Dixie", joined as female vocalist. The popularity Harris gained at the Grove help him to be selected as the replacement music director on the Jello Program with Jack Benny in 1936.

During the War Years, the Ambassador held several War related fundraisers and served as a retreat for off duty servicemen. The first Golden Globe ceremonies were held at the Ambassador in 1944.

After his victory in the 1968 California Primaries, Robert Kennedy was shot in pantry area of the hotel's main kitchen. The assassination seemed to signal the decline of the Ambassador.

Let's remember the good days of the Ambassador Hotel in Los Angeles, order a cocktail, sit under the swaying palms of the Cocoanut Grove, and enjoy Phil Harris and the boys.