An American film and stage actress, she was known for her stunning beauty and later as a leading lady. 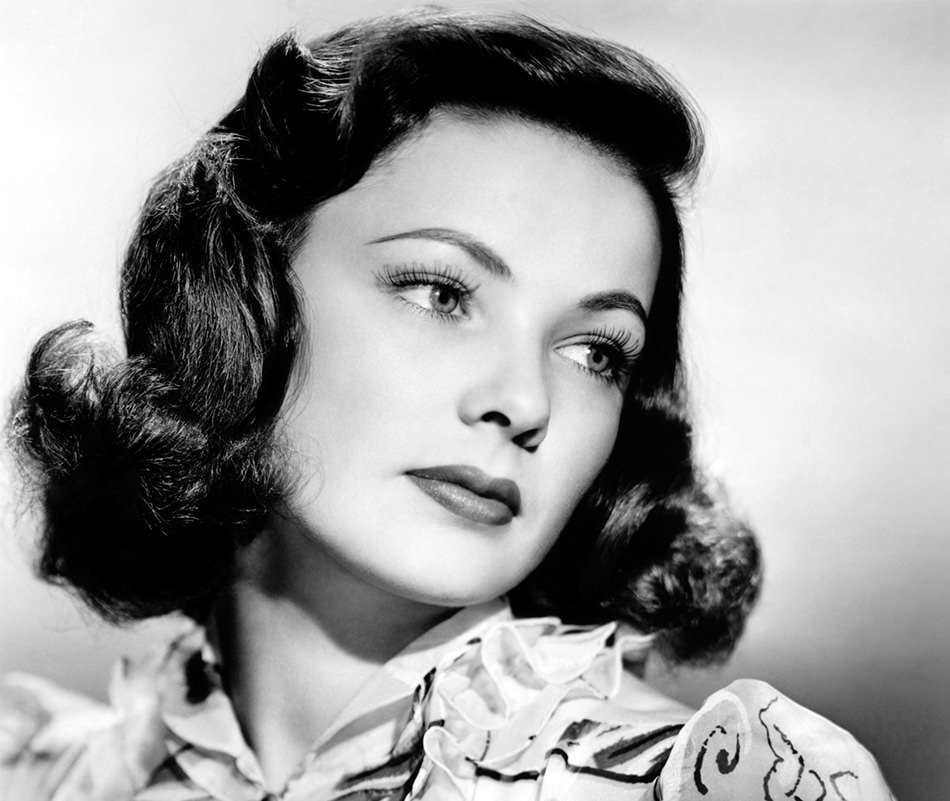 Like any parent, Howard Tierney wanted only the best for his pretty daughter Gene, born November 19, 1920. As a no-nonsense, successful insurance broker in New York, Howard was in a better position than most to ensure that his children had every privilege. Little Gene was raised to become a debutante. She attended private schools in Connecticut, spent two years at the Brillantmont International School in Lausanne, Switzerland, and completed her education at the exclusive Miss Porter’s School. 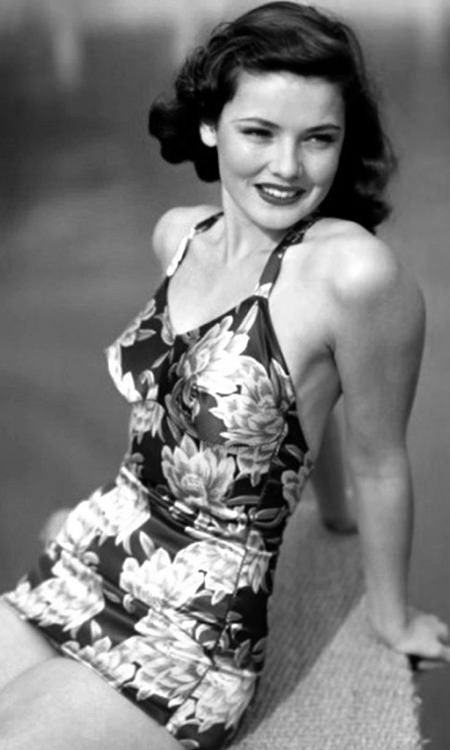 Before her society debut in 1938, Gene traveled to California. While visiting the Warner Bros. Studio where a cousin was working, a director, stricken by her beauty, encouraged Gene to go into acting. Warner’s offered her a contract, but her parent convinced her to turn it down since it offered a low salary. Besides, she was destined for greater things after her society debut.

After her debut, Gene discovered that society life was even more boring than she had expected, so she decided that she wanted to give acting a try. Howard felt that if his daughter was going to act, she was going to do it in legitimate theater. Gene studied with a small company in Greenwich Village and in her first Broadway role all she had to do was carry a bucket of water across the stage. Even so, she won critical notice, "Miss Tierney is certainly the most beautiful water carrier I’ve ever seen!" reported Variety.

Howard Tierney set up a corporation to promote Gene’s career, and she won a six-month contract with Columbia Pictures. Howard felt she was more than pretty enough, and her contract stipulated that her slight overbite not be fixed and her hair not tampered with. Gene was certainly beautiful enough that "the glamor treatment" would have been a waste of time. She was also beautiful enough to attract the attention of millionaire Howard Hughes, who tried to seduce her. The New York Tierney’s were wealthy enough that she was not impressed by Hughes’ fortune. She later said, "I don’t think Howard Hughes could love anything that did not have a motor in it", but counted Hughes as a lifelong friend.

However, Columbia did not find a project for her, so she returned to New York to work on Broadway and in modeling. While appearing in The Male Animal (1940), Darryl F. Zanuck of 20th Century Fox was in the audience one night. He told his assistant to remember Tierney’s name so they could sign her. Later, they stopped at the Stork Club where Zanuck spied a pretty girl on the dance floor. Now he told the assistant "Forget the girl from the play, see if you can sign that one". Of course, that one was Gene Tierney.

Tierney made her film debut in The Return of Frank James (1940), a Western starring Henry Fonda. Seeing herself on screen for the first time, she said "I sound like an angry Minnie Mouse" and took up cigarette smoking in an attempt to lower her voice. On June 1, 1941, she eloped with her costume designer, Oleg Cassini. Howard Tierney was incensed and tried unsuccessfully to have the marriage annulled.

Gene contracted German measles in June 1943 while she was pregnant with her first child. Antoinette Daria Cassini was born prematurely in Washington D.C., weighing just three pounds, two ounces. Daria was deaf, partially blind, severely mentally disabled, and needed to be institutionalized for much of her life. Gene’s good friend Howard Hughes paid Daria’s medical expenses and ensured she received the best care. Although Gene never forgot Howard’s kindness, she had greater difficulty personally dealing with the tragedy. 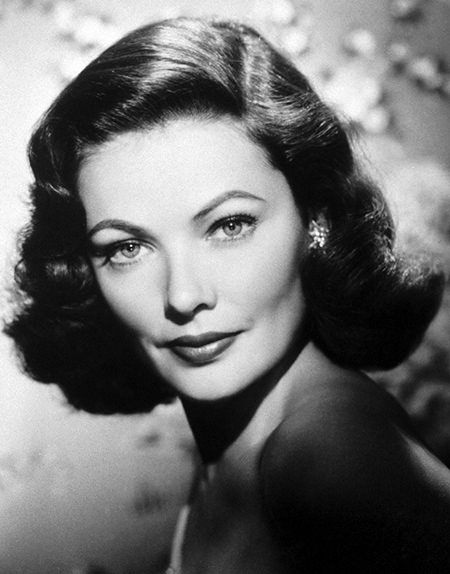 In 1944, after her maternity leave, Tierney appeared in what would be her definitive role, Laura. It was the third of five films she would make with Dana Andrews. Andrews plays a detective investigating Laura’s murder. The more he learns about Tierney’s character, the more he becomes obsessed with her until he discovers that she isn’t dead after all.

Tierney and Cassini separated in 1946. While filming Dragonwyck in 1947, Gene was visited on the set by a dashing Navy officer who had become a hero while skippering a PT boat in the Pacific. Although their affair was quite passionate, the officer told Gene he would not marry her because of his political ambitions. He later married Jacqueline Bouvier and became the 35th President of the United States, John F. Kennedy.

Her divorce from Cassini became final on March 13, 1948, but the couple reconciled on August 19, 1948. Their second daughter, Christina Cassini, was born on November 19, 1948. There was wide speculation regarding little Tina’ paternity, given Gene’s relations with Hughes, Kennedy, Tyrone Power, and Charles Feldman. It should be noted that Gene, a lifelong Republican, did not vote for Kennedy in 1960, although she did send him a personal note of congratulations.

Tierney and Cassini were divorced again in 1952. With her personal life falling apart Gene began experiencing symptoms of depression, and admitted herself to The Institute of Living in Connecticut. Here she would be administered with 26 shock therapy treatments. At one point, she ran away from the facility but was captured and returned. After her release, Gene blamed the shocks for significant memory loss. In 1957, she attempted suicide from the 14th-floor ledge outside her mother’s apartment. She was admitted to the Menninger Clinic in Topeka, Kansas. At the end of her treatment, she went to work in a local dress shop to help her slowly reintegrate into society. This plan was ruined when she was recognized by a customer and a media frenzy ensued.

Gene met Texas oil baron Howard Lee in 1958. Lee had been married to movie siren, Hedy Lamarr. He and Tierney were quietly married in Aspen in 1960. Tierney began a comeback in 1962 with Advice and Consent. Her final performance was the TV mini-series, Scruples (1980).

A Star on the Hollywood Walk of Fame was dedicated to honor Gene Tierney’s contributions to Motion Pictures at 6125 Hollywood Blvd. The location is shared by Stars honoring Danny Kaye, Van Heflin, Gracie Fields, Ray Briem, and others. 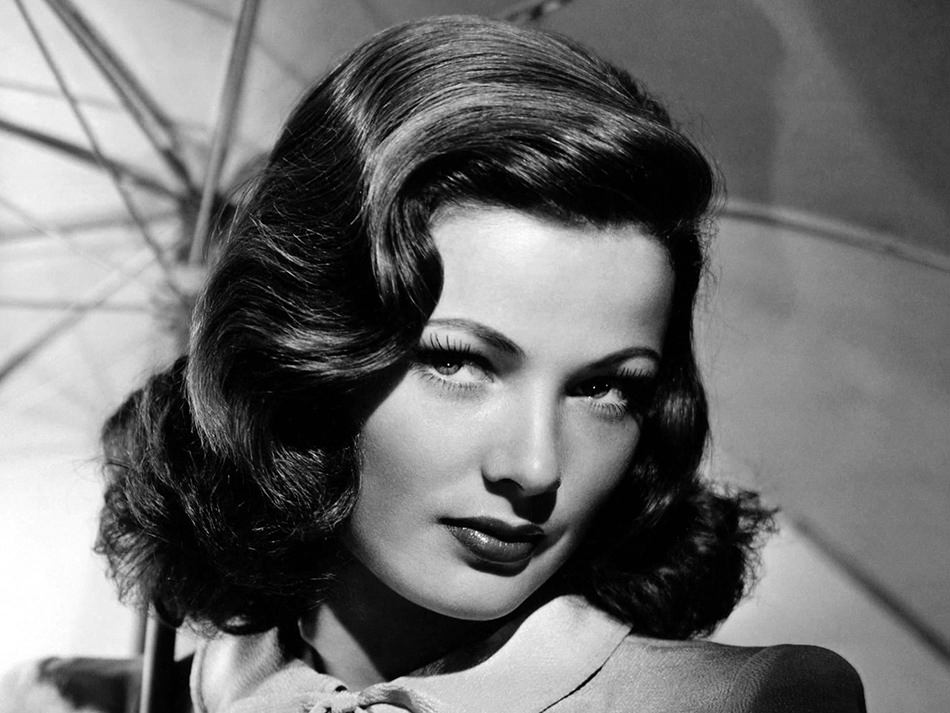