Choose your CD format
or order disks individually: Add to Cart Add to wishlist
Play a sample episode from August 14, 1949: 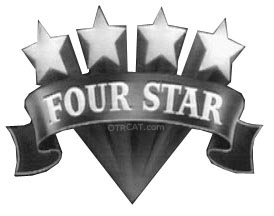 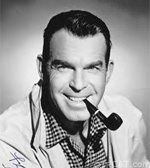 Fred McMurrayFour Star Playhouse appeared in the summer of 1949, as part of NBC's "Parade of New Shows" campaign. A dramatic anthology series, Four Star had a rotating cast of four Hollywood greats: Fred MacMurray, Robert Cummings, Rosalind Russell and Loretta Young. Each week one of these actors would star in the lead of a thirty minute drama adapted from stories published in Cosmopolitan magazine.

Though Four Star was a summer replacement series, it was well-funded and known for lively, high quality writing and acting.

The show spawned a more successful television successor, which ran from 1952-1956.