Christmas is about family, and the foundation of the family unit is the love between a married couple.

Choose your CD format
or order disks individually: Add to Cart Add to wishlist
Play a sample episode from December 15, 1949:

f Christmas is, indeed, the happiest time of the year, it is because at its core Christmas is about family. That notion is easy to lose in the mayhem of parties, feasts, shopping, gift giving and receiving, not to mention Football Bowl season. 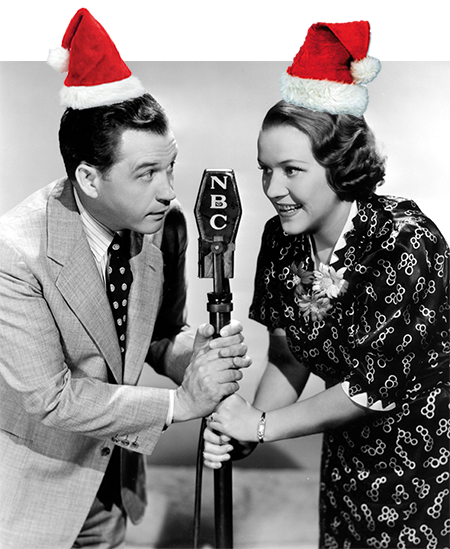 Christmas is about family, and the foundation of the family unit is the love between a married couple. A strictly Religious interpretation of the Nativity Story focuses on the majesty and miracle of the Savior's Divine Birth, but an even deeper, perhaps more significant miracle is that it is the story of the love between a husband and wife and their unquestioning support for one another as they bring a son into the world during difficult times.

The most popular Christmas stories tend to be for and about children, for good reason. However, the Christmas tale which is the best example of love and sacrifice at Christmas is O. Henry's short story, "The Gift of the Magi". First published in The New York Sunday World on December 10, 1905. Set in the grimy yet hopeful world of Gaslight era New York City. The story is infused with the Victorian ideal that through hard work and sacrifice people could and would rise above their station or class, but as our story opens, newlyweds Della and Jim have "nothing but love" to live on. That is not completely true, Jim possesses a fine pocket watch, perhaps an inheritance from a doting grandfather, while Della's most striking feature is her long and luxurious hair.

Each is desperate to find a Christmas present for the other which will demonstrate the depth of their love. While Jim is out on a snowy Christmas night, Della sneaks off to the local wig maker who cuts off her hair for $20. With the proceeds she buys an elaborate chain which will be appropriate for Jim's fine watch, and waits anxiously in their apartment for Jim, knowing he will be shocked to see her with short hair but excited to give him the watch chain. He finally returns bearing a collection of ornamental combs for her hair, which he has paid for by selling his watch. 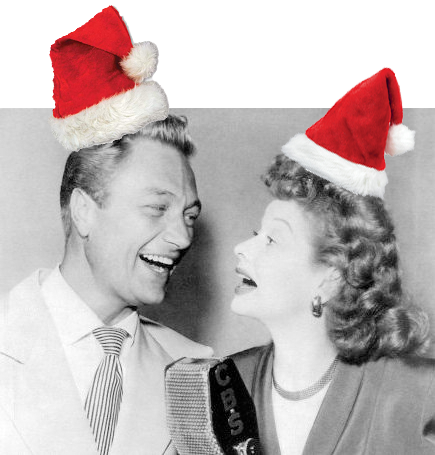 Some of the couples in this collection were married and had children in real life, although the kids were not part of their radio programs, Lucille Ball and Richard Denning of My Favorite Husband being a notable exception. The couple in MFH was so popular with audiences that CBS was desperate to bring them to Television. Star Lucille Ball was enthusiastic about the project but insisted on working with her real-life husband, Desi Arnaz. The marriage was already a rocky one, and CBS hesitated to invest in a project which smacked of 'couples therapy'. Lucy and Desi assumed most of the risk by forming Desilu Studios and producing I Love Lucy themselves. Between Lucy's ability to charm an audience and Desi's accidentally excellent management (he was not experienced enough in the business to economize, so he paid for the best of everything) the program was one of the biggest hits in TV history. CBS hedged its bets by producing My Favorite Husband for the small screen. The first two and a half seasons were broadcast from CBS Television City, but the 1955 season was shot on film at Desilu Studios.

My Favorite Husband, starring Lucille Ball and Richard Denning as Liz and George Cooper, "two people who live together and like it." 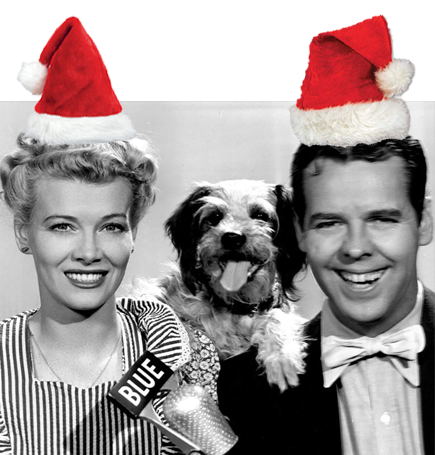 Blondie, starring Penny Singleton and Arthur Lake in a program based on Chic Young's comic strip. 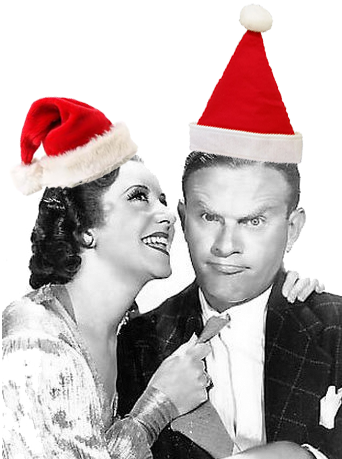 Burns and Allen, Starring George Burns and Gracie Allen. One of the best true-love stories in all of show business, George and Gracie worked together as an act before they were a couple. It wasn't long before George fell in love with his new partner, but she was waiting for another guy. Finally, George stormed out of a party, leaving Gracie in tears. It was then that she realized that if George could make her cry, she must be in love too. 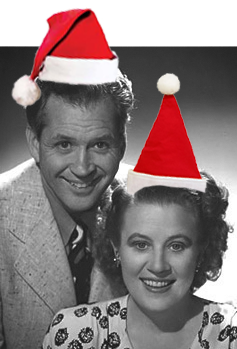 Fibber McGee and Molly, Jim and Marian Jordan began sharing Christmases together even before the Great War. After having some success together in vaudeville, they stopped in Chicago to visit Jim's brother where they heard a very unfunny show on the radio. A challenge went out (along with a ten-dollar bet) that they could not do better, and after a visit to the station, they had a new job! Fibber and Molly were on the air for more than 1600 episodes.