Chill Wills was born in Texas, but at an age when other boys were thinking about running away to become cowboys, Wills joined the vaudeville circuit.

Choose your CD format
or order disks individually: Add to Cart Add to wishlist
Play a sample episode from September 23, 1942: 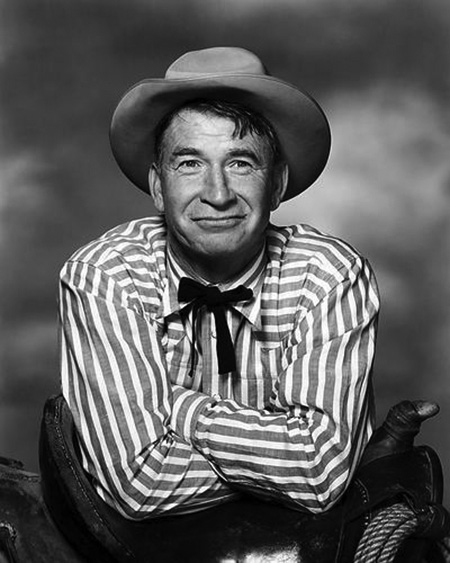 Legend has it that the roots of the Western part of Country and Western Music began with actual cowboys singing to the herd while on the famous cattle drives bringing Texas longhorns to the railhead at cow-towns like Abilene, Wichita, or Dodge City. During the long, lonely nights on the trail, the cowpokes would take turns riding slowly around the nervous herd, singing their lonely tunes to calm the animals and preventing a dreaded stampede. Naturally, after the cattle drive, the cowboy who had some talent with his guitar may have had a leg-up on his companions when it came to winning the affections of a pretty girl.

Whether the legend of the singing cowboy was based on any actual truth is debatable, but the concept was a popular one with Hollywood movie producers. Western movies were popular and relatively cheap to make, especially with the glut of out-of-work cowboys who found their way to Hollywood. To save even more money on a B-grade Western, producers discovered that with Singing Cowboys, the script could be padded with songs rather than more expensive to shoot action scenes.

The most famous Singing Cowboys were Gene Autry and Roy Rogers. "The Duke" John Wayne even appeared as a singing cowboy early in his career when he played "Singin’ Sandy Saunders" in Riders of Destiny (1933).Not every singing cowboy got their start as a cowboy, of course. Chill Wills was born in Texas, but at an age when other boys were thinking about running away to become cowboys, Wills joined the vaudeville circuit. 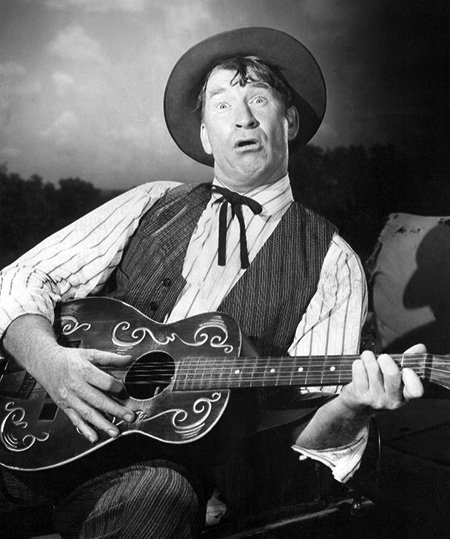 Born Theodore Childress Wills, he claimed that the nickname "Chill" was given because he was born on the hottest day of the year in 1903. While appearing in Kansas City, Chill fell in love with a dancer named Bette Chappelle. They were married and had a pair of kids. In the early 1930s, Wills brought together and led a quartet of singers called "Chill Wills and his Avalon Boys". During an engagement at the Trocadero in Los Angeles, the Avalon Boys were spotted by an RKO scout and soon found themselves appearing in a series of B-Westerns. Their greatest success was in Laurel and Hardy’s Way Out West (1937) which featured the Avalon Boys in a couple of numbers and Chill’s deep baritone dubbing for Stan Laurel to comic effect. The picture did so well that Wills disbanded the Avalon Boys and began a solo film career.

Wills appeared in a number of A- and B-list Westerns, in both singing and non-singing roles, including Rio Grande (1950) and McLintock! (1963) with John Wayne and with Rock Hudson, James Dean and Elizabeth Taylor in Giant (1956). Wills most popular role was the voice of Francis in the Francis the Talking Mule film series during the 1950's. The deep-voiced and cynical Army mule Francis was the inspiration for TV’s Mr. Ed during the 1960's.

Wills died of cancer at his home in Encino, California, in 1978. He was 76. A Star on the Hollywood Walk of Fame at 6923 Hollywood Blvd honors Chill Wills’ contributions to Motion Pictures.