Often called a milquetoast character, Arnold Stang was a mouse whose roar could not be ignored.

Choose your CD format
or order disks individually: Add to Cart Add to wishlist
Play a sample episode from August 10, 1941: 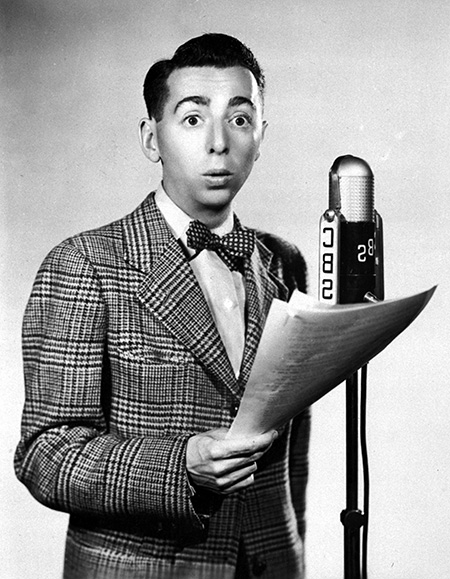 Food writer M.F.K. Fisher said of the New England comfort-food, Milk Toast, that is a "warm, mild, soothing thing, full of innocent strength. Cartoonist H.T. Webster said of his character Caspar Milquetoast that he was "the man who speaks softly and gets hit with a big stick". Milk Toast is a winter breakfast staple prepared from toasted sliced white bread dipped in a white milk-based white sauce, often made with canned condensed milk and sometimes fortified with cinnamon, paprika, raisins, or cocoa powder. During the 19th and 20th centuries, milk toast was prescribed for children and sickly folks because its simple blandness made it easy on the digestive system.

This bland inoffensiveness is the quality which Webster parodied with Caspar Milquetoast, whose name has been appropriated in the entertainment world for timid, apologetic and ineffectual characters, usually second bananas whose function is to make the leading man seem more heroic. Arnold Stang became one of radio and early TV's most popular milquetoasts, however, Stang is better described as a mouse who roars and whose roar gives lions pause.

Arnold Stang liked to tell people that he was born in Chelsea, Massachusetts, in 1925, and when he was nine years old, he sent a postcard to the producers of the Let's Pretend radio program. The producers replied with an invitation to audition for the show, so the youngster took the money he was saving to buy his mother a birthday present, bought a bus ticket from Boston to New York, traveled by himself to the audition and got a job on the show. 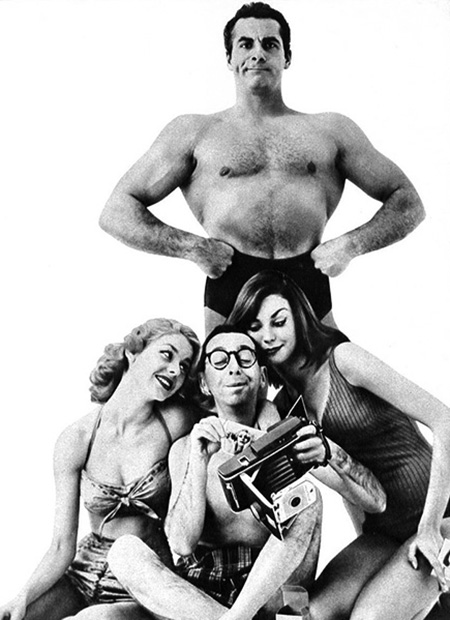 It is a good story, and parts of it are, in fact, true. Arnold did work on Let's Pretend and The Horn and Hardart's Children's Hour, but he got the jobs as a teenager who had been born in Brooklyn in 1918. He was rather puny, 5'3" and barely 100 pounds, weak-chinned, and depending on thick, round glasses to get around. Stang said of himself that, "I look like a frightened chipmunk who's been out in the rain for too long."

The Goldbergs created a role for Stang, neighbor boy Seymour Fingerhood, in 1940. When Eddie Firestone joined the Marines in 1943, Stang stepped into the title role of That Brewster Boy. Henry Morgan used Stang as a sidekick on his shows and they became good friends. Arnold said of his boss, "He was a masochist, a neurotic man... When things were going well for him, he would do something to destroy himself. He just couldn't deal with success". Stang, on the other hand, always seemed to believe that he was tougher than he appeared. He also became a sidekick for Milton Berle on radio and television. For a short time, Arnold played Jughead jones on The Adventures of Archie Andrews. 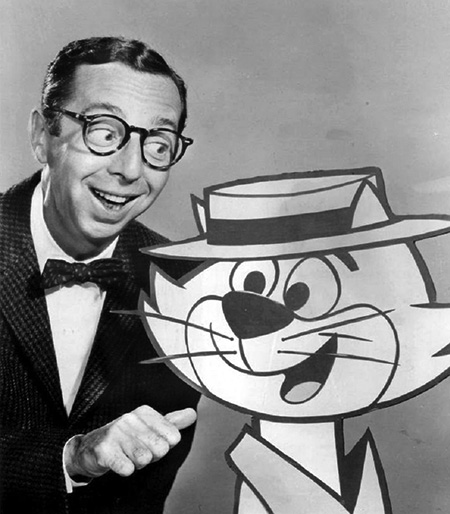 For the 1951 season of NBC TV's Henry Morgan's Great Talent Hunt, Arnold created the character of Gerard the Stagehand. Gerard looked as though he was meant to have sand kicked in his face, but he continually stood up to bullying with a precociousness which bordered on delinquency. He also took on voice-over work in cartoons, voicing Herman the Mouse in Herman and Katnip and Popeye the Sailor's pal Shorty, but he is best remembered as T.C. "Top Cat" from Hanna-Barbera's 1961 Top Cats series.

Arnold Stang became a popular TV commercial spokesman in the early Fifties, especially for Chunky Chocolate bars ("Chunky… What a chunk of chocolate!"), and later became the voice of the Honey-Nut Cheerio's Honeybee. In 1949, Arnold Stang wooed and wed journalist JoAnn Taggart, and they remained together for the rest of their lives. On December 20, 2009, Arnold Stang succumbed t pneumonia in Newton, Massachusetts. He was 91.