That Brewster Boy also known as Those Websters

Family old time radio sitcom featuring precocious son and the trouble he and his friends get into.

"Joey Runs Away From Home" 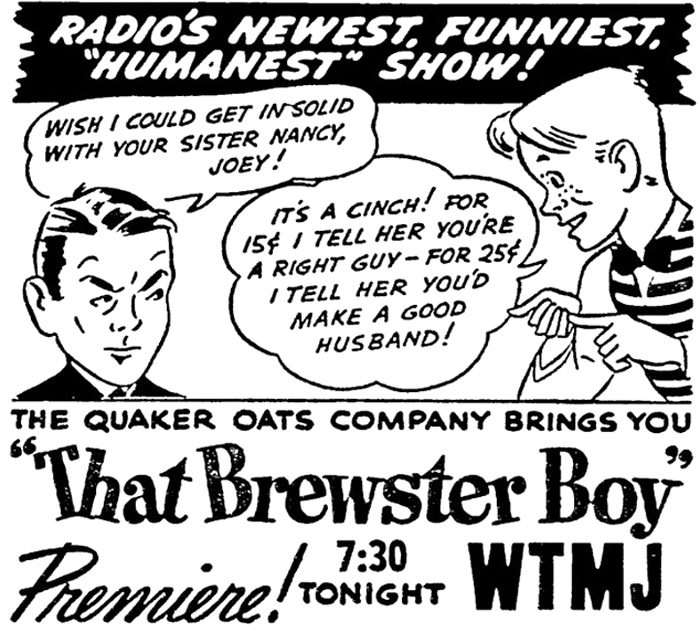 In this family situation comedy, a loving and dedicated parents (although the father wasn't as big an oaf as some sit-com Dads), pretty and popular older sister, and a too smart for his own good little brother.

Three actors played Young Joey Brewster during the run of the show. The star role was first played by Eddie Firestone Jr, followed by Arnold Stang (who would later be known as humorist Henry Morgan's side kick), and finally Dick York who would gain fame as one of the actors to portray Darrin Stevens on TV's Bewitched.

In an interview just before his death York told how the show was cancelled. The shows writer and director had been sending bundles in support to the Communists fighting the Nazi's. It was part of the war effort but it was enough to get them labeled as Communists. In order to keep the sponsor happy, the advertising agency in charge of the show repackaged the show as Those Websters (Webster an anagram of Brewster) without the writer and director (or Dick York). 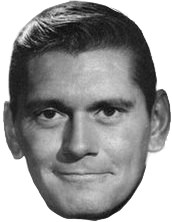