Best remembered for playing Scarlett's sister in Gone with the Wind, Ann Rutherford appeared in more than 60 pictures and was featured as Andy Hardy's girlfriend.

Choose your CD format
or order disks individually: Add to Cart Add to wishlist
Play a sample episode from January 09, 1945: 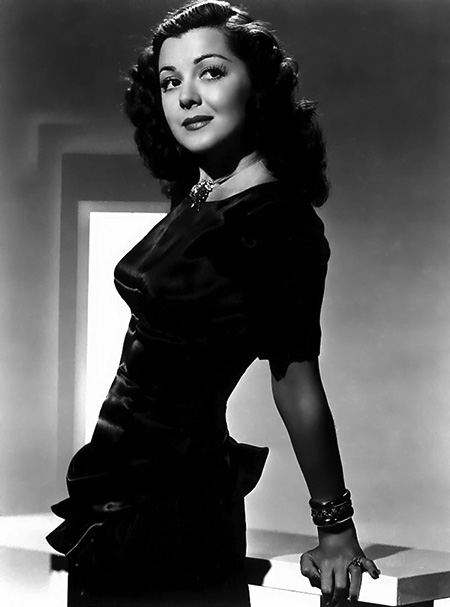 The phenomenon of Gone with the Wind in Hollywood is difficult to appreciate. Margaret Mitchell's tome captured the imagination of the entire country. Published when the Nation was coming out of the Great Depression, the novel's themes of survival through sheer determination resonated with readers. And there were plenty of readers. Mitchell worried that at the princely sum of three dollars per copy, readers would be put off but it was a bestseller even before the critics got around to giving their opinion. The book won the Pulitzer Prize for fiction and the National Book Award from the American Booksellers Association. Even today, Gone with the Wind is considered America's second favorite book after the Bible.

Given such popularity, it comes as a surprise that a bidding war for the movie rights to the novel did not break out but the big studios shied away from the project. MGM, RKO, and Selznick International all passed. Jack Warner and other Warner Bros executives saw potential in the story, but their biggest star, Bette Davis, was not interested. Twentieth Century Fox did make a bid but the money offered was insufficient. Finally, David O. Selznick's business partners and story editor encouraged him to take a closer look at the project. Selznick bought the movie rights to Gone with the Wind, and the project became an instant movie phenomenon.

Finding the players to bring the story to the screen is a story unto itself. Clark Gable in the role of Rhett Butler was obvious, and much has been written about the search and the 1400 actress interviews that were part of the search for Scarlett, but actors were even desperate to fill the lesser roles in the picture. Louis B. Mayer was reluctant to loan out Ann Rutherford to play one of Scarlett's sisters because he thought the role was too small for one of his most consistent money-makers. Ann had other ideas. When Mayer called her into his office, she argued, begged, and uncharacteristically even broke into tears before the studio boss relented and allowed her to work on the project. A huge fan of the novel, Rutherford later said, "I just wanted to see the book come to life".

Vancouver native (b. 1917) Ann Rutherford was hardly a new face in Hollywood when production began on Gone with the Wind. She was just a baby when her family migrated to San Francisco. Her parents split soon thereafter, and her mother continued south to Los Angeles. While roller skating home from junior high school, Ann used to detour into the viewing rooms of the radio stations along Wilshire Blvd to watch the actors working. One day her English teacher gave her bad marks which Ann felt she did not deserve. "I wouldn't have to listen to Miss So-and-So if I were an actress", she thought, and from her time watching the players at the radio studios. The problem was getting hired as a girl in her early teens. Rutherford composed a fake resume, took her best shot, and was soon playing Nancy in Nancy and Dick: The Spirit of 76 over KFAC. 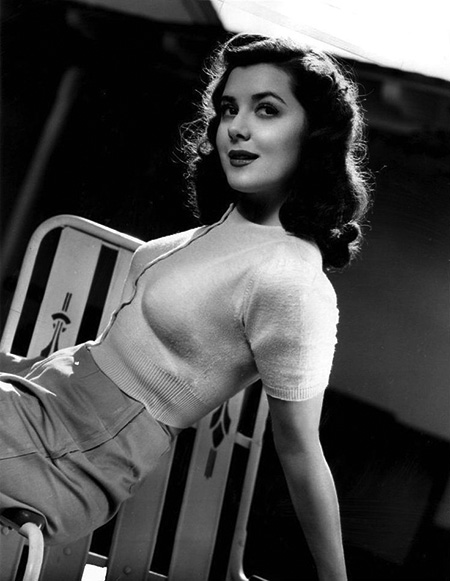 In 1935, Ann signed with Mascot Pictures which would soon be part of the merger that formed Republic Pictures. Her first picture was Waterfront Lady (1935), and she was still in her teens when she began to appear in B Westerns with Gene Autry and John Wayne, who also got their start at Mascot. "I was Gene Autry's first leading lady," Ann claimed, "and the only one he ever kissed – after that he kissed his horses". MGM bought her contract in 1937 to play Polly Benedict in the Andy Hardy series. The films were a hit because they "had such a wonderful outlook on life".

Rutherford was one of the few players who could get the best of Louis Mayer in salary negotiations. Even though MGM was considered the classiest studio in Hollywood, Mayer protected his profits by keeping a tight rein on actor's salaries. Even Mickey Rooney who was bringing in so much profit with Andy Hardy was woefully underpaid. When Ann thought she needed a raise, she took her bankbook into Mayer's office and showed it to him, then told him that she promised to buy her mother a house. She got the raise.

Although her part in Gone with the Wind was a small one, it became a huge part of her life. Gone with the Wind "was Selznick's baby" Ann later related, "And woe betide any actor who interjected an extra if, and or but." At one point she thought to help the production to save a few dollars and suggested that the expensive lace used in her petticoats could be substituted with more affordable muslin. "You are not to forget that you are the daughter of one of the richest plantation owners in Georgia" Selznick imperiously replied. During the cotton-picking scene, Ann and Evelyn Keyes were delivered to the field early and instructed to begin picking before the crew was ready to begin filming so that their hands would be "thoroughly bitten up" by the time to make the shot.

Ann played Red Skelton's on-screen girlfriend in the mystery comedies Whistling in the Dark (1941), Whistling in Dixie (1942), and Whistling in Brooklyn (1943), demonstrating her talent for comedy. On New Year's Eve, 1942, Ann married David May II, one of the heirs to the May department stores, and had a daughter in 1943. They divorced in 1953. She left MGM in 1943 and began a successful career as a freelance artist. In addition to films, she made a foray into the new medium of television.

After her divorce from May, she was late for a date with producer William Dozier. Miffed, Dozier had torn a page from a dictionary and underlined the word "telephone", which he handed to her. Ann felt that if he cared enough to deface an unabridged dictionary, he must be special, and they were married in April 1953. Dozier would go on to produce TV's Batman series during the sixties, and remained with Ann until his death in 1991.

Ann Rutherford was one of the last surviving stars of Gone with the Wind. Rutherford passed away on June 11, 2012, at her home in Beverly Hills.