Please enjoy these April Fool's-themed old time radio shows free to download from the April Fool's Day Collection. Read about each episode and plan your pranks against friends and family. 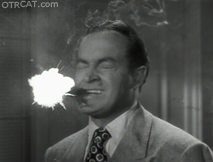 "April Fool's Day" from April 1, 1949
Liz plans to put an exploding cigarette in the living room and maid Katie finds it...boom! George tricks Liz that he lost job at the bank! She doesn't find it too funny and calls it a "dirty trick." Liz plans to put lipstick all over George's handkerchief and watches him squirm as he tries to explain it, but the joke backfires.

"April Fool's Day" from April 1, 1940
It's April Fool's Day…and Dagwood's Birthday. With that birthday, Dagwood keeps hoping that he won't get caught as the butt of the jokes. Alas, Dagwood is everyone's fool and falls for the old exploding watch gag! 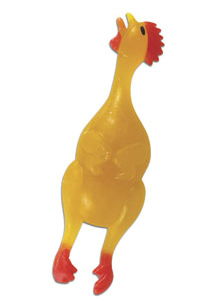 "April Fool's" from April 1, 1947
Mel plays an April Fool's Day joke on everyone with going through the phonebook and crank calling strangers, beginning with a call from "Dr. Rooster" bock-bock-bock, cock-a-doodle-doo! Mel Blanc then crank calls Mr. Colby and tell him he's inherited a fortune from England, but the joke backfires!

"April Fools Gags" from April 2, 1939
It is crank calls delight on this day after April Fool's Day Jack Benny episode. Rochester keeps calling Jack Benny to apologize, but why? Turns out he sold Benny's bear and watch to a pawn shop. How does Rochester get the items back? Let's just say anyone not a fan of a certain squeaky violin will be applauding at the end.

"Broadcast from Frankenstein's Castle" from October 31, 1952
Armed Forces announcer Carl Nelson (who was known for being a scaredy cat) was sent on assignment to visit "Frankenstein's castle" on Halloween night in 1952. The production crew set up a moving statue and some spooky noises and poor Carl Nelson loses it and faints. Although this prank didn't happen on April Fool's Day, it's one of the best old time radio pranks in history. 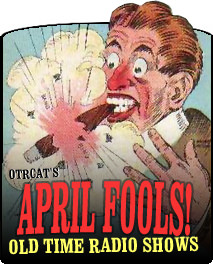 All these episodes are from the April Fools Collection.
For more foolery, see also: Bloopers Collection.