She was a popular character actress during the Thirties, making both features and shorts for Hal Roach. Her willowy spinster persona was the inspiration for the voice of Olive Oyl in Max Fleischer's Popeye cartoons.

Choose your CD format
or order disks individually: Add to Cart Add to wishlist
Play a sample episode from July 04, 1937: 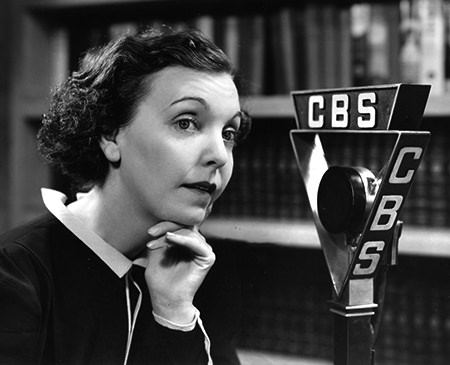 Name changes in Hollywood are as common as starlets hoping for their big break. To outsiders, there seems to be something slightly disturbing that changing one's name just to work in the movies is practically a requirement, but there are some practical reasons behind the tradition. Name changes began at the insistence of the studio publicity departments whenever a new talent showed up with a handle that was too long, too foreign, or too frumpy to go on a marquee. There is also a rule in the Screen Actors Guild (and in many other acting unions) bylaws that states no two members may have the same working name. Since all the studios work with SAG, a name change is nearly inevitable unless you were given a truly unique handle as a child. Such was the case of ZaSu Pitts.

Rulandus Pitts was hit in his right knee at Gettysburg while serving with the 76th New York Infantry. As the Confederates advanced, Pitts was also injured in the shoulder and left for dead. Because of the delay in treating his injuries, his leg had to be amputated above the knee and he eventually lost the use of his right hand but he continued to serve in the Commissary Corp until he was mustered out in July 1864. He settled in Parson, Kansas, in the early 1880s and married Nelly Shay with whom he had two sons and two daughters. When the youngest daughter was born in 1894, a bitter fight broke out between Nelly's spinster sisters, both insisting the girl should be given her name. Nelly kept the peace by giving her the name Eliza Susan, which she shortened to ZaSu.

By the time ZaSu was nine, the growing family was having trouble making ends meet on Rulandus' pension so the family moved to Santa Cruz, California (getting away from the spinster Shay sisters may have been a factor, as well). The family home at 208 Lincoln St still stands, and eventually, ZaSu attended Santa Cruz High School where she got involved in amateur theater. Screenwriter Frances Marion, who also grew up in the area, saw one of ZaSu's performances and Frances helped her to get a small part in one of her friend Mary Pickford's films. Pickford, for many years the reigning "Queen of Hollywood" and whose given name was Gladys Smith, took a liking to ZaSu but pointed out that she was doomed to have it mispronounced. "How right she was", Pitts later wrote, pointing out that the pronunciation should be "Say-Zoo". 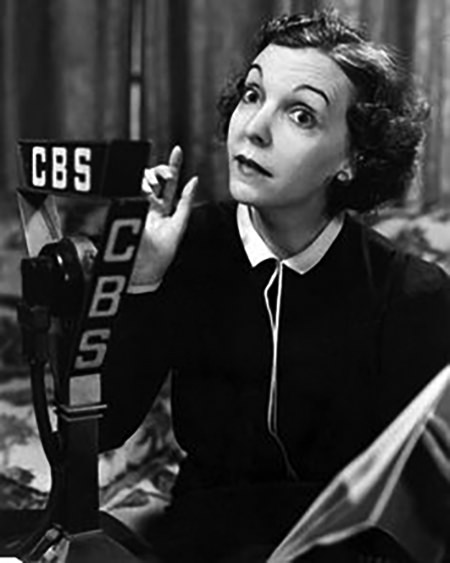 ZaSu worked her way up from extra to more substantial parts. Her expressive doe eyes made her a natural comedian, so Hollywood was shocked when von Stroheim chose her for the lead in his epic Greed (1924). Originally a 9 1/2 hour film, it was a box office failure when it was released after being cut to less than two hours (a four hour re-edited version has resurfaced and is gaining recognition as a cinematic masterwork, the original uncut film is lost and considered the Holy Grail of lost films). Pitts went back to making comedies and easily made the transition to talkies. Getting back into dramatic roles was not so easy. She was filmed in the lead of All Quiet on the Western Front (1930) and reportedly turned in a fine bit of acting. However, when the very serious film was previewed, the audience began snickering as soon as ZaSu's face appeared on the screen. Her scenes were reshot with Beryl Mercer before release.

She was a popular character actress during the 1930s, making both features and shorts for Hal Roach. Her willowy spinster persona was the inspiration for the voice of Olive Oyl in Max Fleischer's Popeye cartoons. She continued to work through the Forties by transitioning to radio, trading laughs with Bing Crosby, Rudy Vallee, and appearing occasionally on Fibber McGee and Molly. Her character acting background served her well as she moved into television, but declining health became the dominant issue in her life during the late Fifties.

ZaSu had an enthusiastic sweet tooth, and her recipe book, Candy Hits by ZaSu Pitts was published shortly after her death. A Star on the Hollywood Walk of Fame was dedicated honoring her contributions to Motion Pictures at 6654 Hollywood Blvd on February 8, 1960. Her last role was as the confused Santa Rosita Police Department switchboard operator in It's a Mad, Mad, Mad, Mad World (1963). ZaSu Pitts succumbed to cancer on June 7, 1963. She was 69.