When A Girl Marries

Follow the trials and tribulations of married couple, Joan and Harry Davis, as they deal with the drama of friends and family in their hometown of Stanwood. 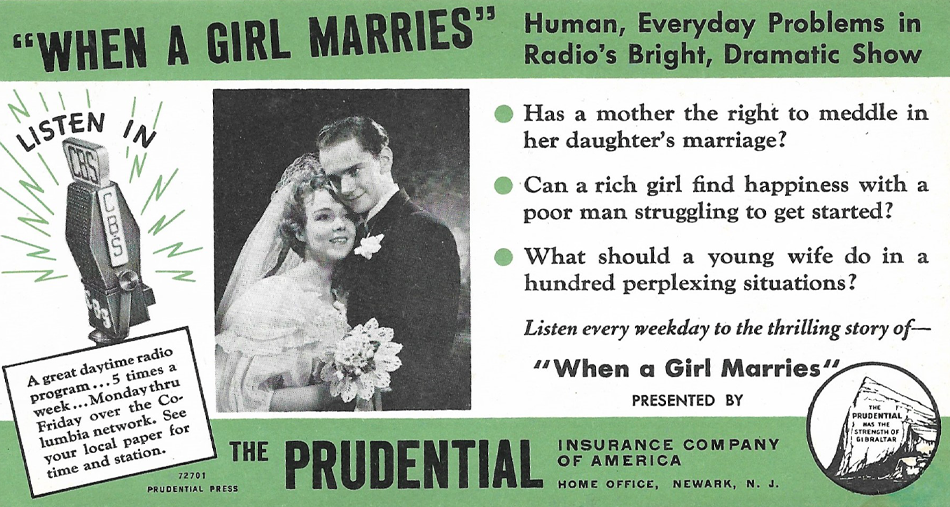 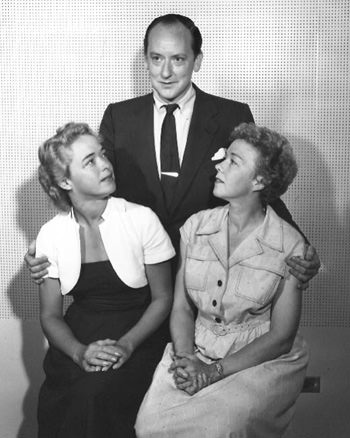 Beginning in 1939 and ending in 1957, American housewives tuned into CBS to listen to the romance between Joan Field and Harry Davis. Harry, a young lawyer, stopped Joan's plans for a high society wedding. Joan and Harry fell in love and married despite the difference in circumstances and lifestyles.

In the early days of the show, the couple dealt mostly with problems outside of their marriage with very few challenges inside their marriage. The Davis' endured interference from Joan's family, suicide, amnesia, murder and everything else you expect from a soap opera. The show's beginning went like this:

"This is the story of Joan Field, a young girl who came to know that love can be stronger and finer than anything else in the world. Perhaps you yourself can remember the thrilling, heartbreaking days that now are hers -- and the hopes and dreams and struggles that every young couple experiences before that day of all days -- When a Girl Marries."

The 1940s most popular drama, the show starred Noel Mills as Joan and was eventually replaced by Mary Jane Higby who played Joan until the end of the show. Harry was played by several men including Whitfield Connor, Robert Haag, John Raby, Lyle Sudrow. Elaine Carrington developed the show and was one of the writers. Carrington was devoted to providing listeners with stories that seemed real, even if there was more drama than the average marriage.

If you like radio soap operas or want to give them a try (most are 15 minutes), try some of these: Pepper Young's Family (also written by Carrington), Against the Storm, Betty and Bob, Doctor's Wife, Guiding Light, Hearts in Harmony, Life of Mary Sothern, Stella Dallas, and Whispering Streets.