Radio and Television fans remember Jack Webb for his hard-bitten, no nonsense roles like Dragnet, but Jack Webb was a huge Jazz offinando.

Choose your CD format
or order disks individually: Add to Cart Add to wishlist
Play a sample episode from January 26, 1963: 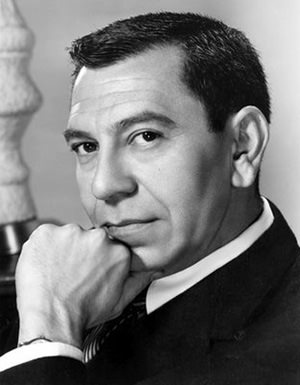 Radio and Television fans remember Jack Webb for his hard-bitten, no nonsense roles like Pat Novak for Hire; Johnny Modero, Pier 23; Jeff Regan, Investigator and especially Sgt. Joe Friday in the seminal Dragnet. The shows that came out of Webb's Mark VII Limited studio, Dragnet, Emergency and Adam 12, did little to change his reputation with the public. It is a little surprising to learn that by inclination, Jack was primarily a Jazz man.

As a kid in his mother's Los Angeles boarding house, Jack was given a copy of Bix Beiderbecke's "At the Jazz Band Ball". Jack's cornet playing allowed him to easy access to Jazz culture, where he met his first wife, singer and actress Julie London.

Jack had few opportunities to showcase his love of Jazz in his professional career. One was with the series Pete Kelly's Blues. Working in the seamy world of a 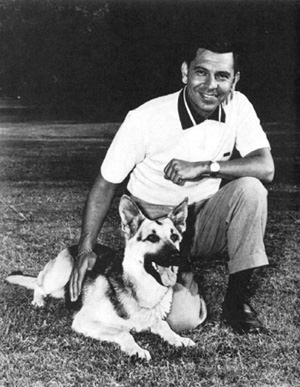 Weekend Sound Flight was a short syndicated jewel, originating in 1963. At just under five minutes, a station manager could plug the show in just about anywhere in his line up. The show got its name for the sponsor, the Air Force Reserve, who trains on weekends around the country, maintaining the readiness needed to defend the country.

Each episode of Weekend Sound Flight opens with Jack making a short introduction of the featured artist, including Dave Brubeck, Benny Goodman, Perry Como, Herbie Mann and many others. Around the two and a half minute mark, Jack segues into a plug for the need for Reservists to continue training and maintain the skills needed to keep the planes flying and the Nation at peace. Noble thoughts, but in the end it is all about the Jazz.