Pete Kelly (Jack Webb) fronts the house band, the Big Seven, at a speakeasy in the roaring '20s is a world of jazz, gangsters, gun molls, g-men, bad booze and desperate people trying to save their skins.

Choose your CD format
or order disks individually: Add to Cart Add to wishlist
Play a sample episode from September 19, 1951: 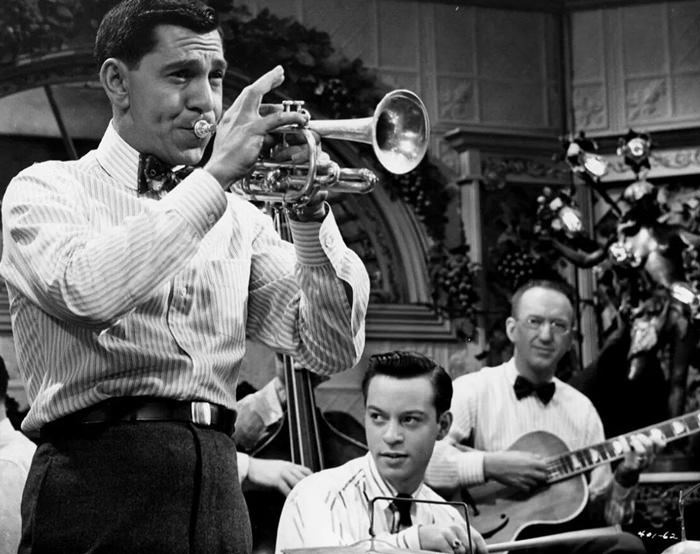 Pete Kelly's Blues, Wednesday nights at 8pm during the summer of 1951. 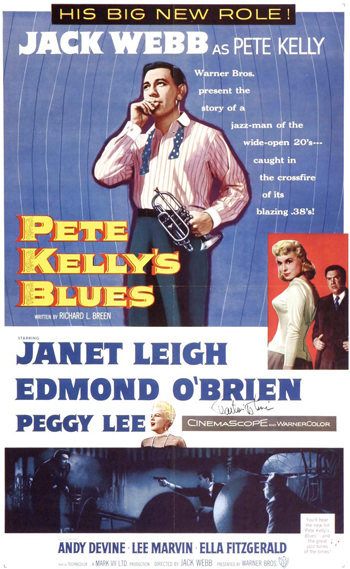 Pete Kelly fronts the house band, the Big Seven, at a speakeasy at 217 Cherry Street, Kansas City, on the Missouri side. KC in the roaring '20s is a world of jazz, gangsters, gun molls, g-men, bad booze and desperate people trying to save their skins. In the middle of it all is Pete Kelly and his cornet.

Pete Kelly's Blues was the creation of Jack Webb, no stranger to crime drama. Webb got his start as a late night disc jockey playing Jazz records in San Francisco. His move to radio drama in a series of crime dramas based in San Francisco. In 1949 he found lasting fame when he created and starred in Dragnet. It is a little jarring during the first few minutes of Pete Kelly to hear Sgt. Joe Friday's voice looking for more than "Just the facts, Ma'am."

Webb was a life-long enthusiast of Dixieland Jazz, and with his well known insistence on realism in his productions, it isn't surprising the Pete Kelly's Blues would be filled with Jazz powerhouses. Cornet player Dick Cathcart became friends with Webb during WWII, and was his musical stand-in. Other members of the Big Seven were Matty Matlock on clarinet, brothers Ray and Moe Schneider on piano and trombone, Morty Corb on bass, and Bill Newman's guitar.

Pete Kelly is a jazz man who just wants the chance to play his kind of music. The world that he plays in isn't always the kindest, and the stories on this short lived show won't always end happily. "…it's about the blues; Pete Kelly's Blues."

This collection is also included in the Jack Webb Collection.