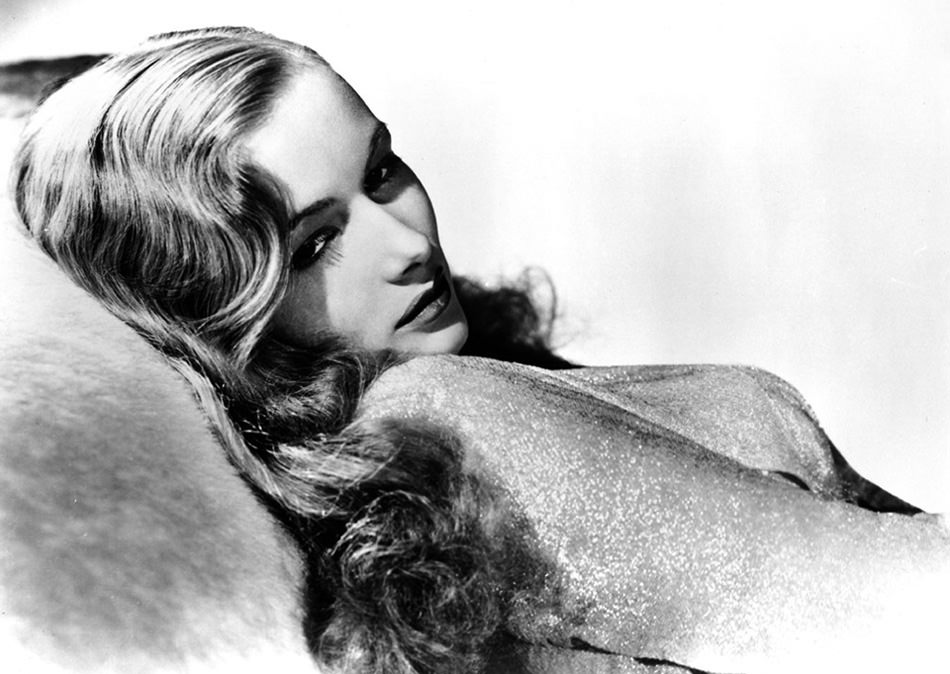 Great beauty is one of the most glamorous trademarks of full blown Hollywood stardom. It is certainly not the only one, and certainly 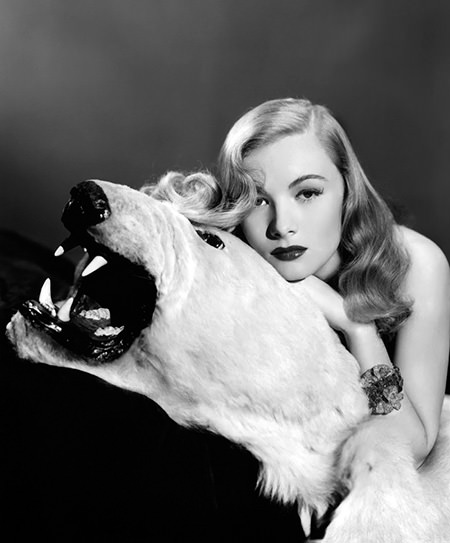 not the most important. Although true beauty is hard, perhaps even impossible to define, but it is easy to recognize. If you’ve got it, people see it and they know it.

Not every beautiful girl becomes a Star, of course, just like not every Star is necessarily an incredible beauty. Great beauty may be enough to get you into Hollywood’s door, and it can start you on the climb to Stardom, but actually being a Star requires an inner and outer strength which not everyone possesses. Sadly, great beauty and great strength do not always go together. Sometimes that which is most beautiful is also the most fragile.

Before she took Hollywood by storm, Veronica Lake was born Constance Frances Marie Ockleman in Brooklyn, 1922. He German-Irish father worked on board a ship for an oil company and was killed in an explosion in Philadelphia harbor when little Constance was just twelve. Her mother soon married newspaper artist Andrew Keane, and Constance began using his surname. Keane’s health was fragile, and the family moved to Saranac Lake, New York, and later to Miami, Florida.

Although tiny Constance (she stood 4’11 ½" when fully grown) found solace in outdoor activities, those around her were becoming aware that she was a very troubled youth. She was expelled from an all-girls Catholic boarding school, and her mother claimed that she was diagnosed as being schizophrenic. However, by the time she left Miami High School, Constance was becoming recognized for her beauty.

Hoping to capitalize on Constance’s star potential, and concerned for Keane’s health, the family relocated to Beverly Hills in 1938. Constance was enrolled in the Bliss-Hayden School of Acting (later known as The Beverly Hills Playhouse), her mother hoping that acting would be therapeutic for her deteriorating mental condition. She was just 16 when a school chum convinced her to go to RKO Studios and try to get work as extras. The girls were cast as co-eds in Sorority House (1939), and more bit parts followed, although RKO let her go after Paramount producer Arthur Hornblow Jr. gave her a screen test. 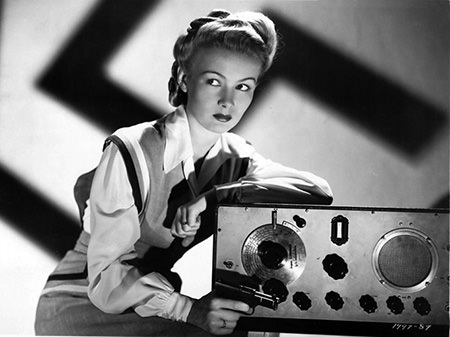 The test was for a nightclub singer in I Wanted Wings (1941). While singing in front of the camera, Constance’s long, cascading, blond hair kept falling in front of her right eye. She instinctively swept it from her face, but she was sure that it had cost her the part. Hornblow recognized that the gesture gave her a mysterious allure, and gave her the name Veronica (which seemed classy and was borrowed from his secretary) and the surname Lake for the deep blue pools of her eyes.

Paramount naturally renewed Veronica’s contract, at the height of her success she was making $4,500 a week. She followed up I Wanted Wings with Sullivan’s Travels (1941), one of the few films to take advantage of her natural comic talent.  She was paired with Alan Ladd in her next films, This Gun For Hire (1942) and The Glass Key (1942), and with Frederic March in I Married a Witch (1942).

Although Veronica was becoming a box-office smash, her off-screen antics were beginning to be troublesome. In 1940, she married director John S. Detlie, a man fourteen years her senior. Their daughter Elaine was born just after Sullivan’s Travels finished shooting, but the marriage remained rocky. Ladd and March both found Lake difficult to work with and disliked her personally, although she would be paired with Alan Ladd in seven pictures, three of which they played themselves as movie stars. 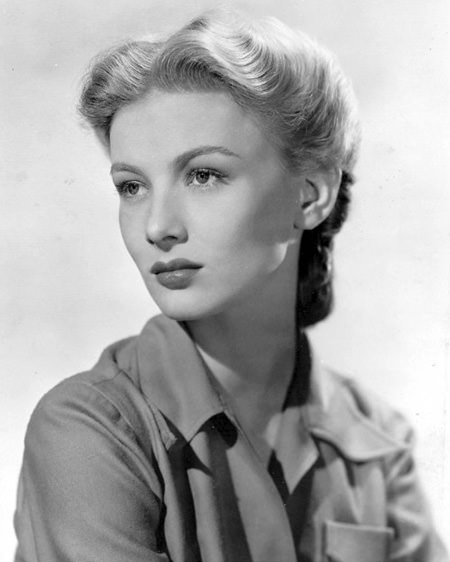 Naturally, the blond beauty became a popular pin-up girl. Although it may have been a publicity department fabrication, there is a story that the government asked her to change her trademark "peek-a-boo" hairstyle. It was popular enough that women tried to imitate it, which became a safety issue for girls working around machinery in defense plants, thereby hurting the War Effort. She made a short film where she styled her hair "up" which helped to sell War Bonds, but the new style did not help her career.

She was pregnant with her second child while filming The Hour Before the Dawn (1944), and went into premature labor after tripping over a lighting cable on the set. Her son Anthony was born on July 8, 1943, and died on July 15. Lake and Detlie separated soon thereafter, and Veronica began a tempestuous relationship with director Andre de Toth, whom she married in 1944.

The de Toths had a boy and a girl. Veronica bought her husband an airplane and earned her own pilot’s license in 1946. The marriage was fraught with alcoholism and bankruptcy. Their home was seized by the IRS in 1951. On the verge of a nervous breakdown, Lake ran away, flew the airplane solo to New York, and tried to establish a career on Broadway and in television.

A Star on the Hollywood Walk of Fame at 6918 Hollywood Blvd honors Veronica Lake’s contributions to Motion Pictures.