WWII program geared to bridge the gap between the pond and forge a strong relationship between the people of Great Britain and the United States.

Choose your CD format
or order disks individually: Add to Cart Add to wishlist
Play a sample episode from September 21, 1944:

"Getting To Know Britian" 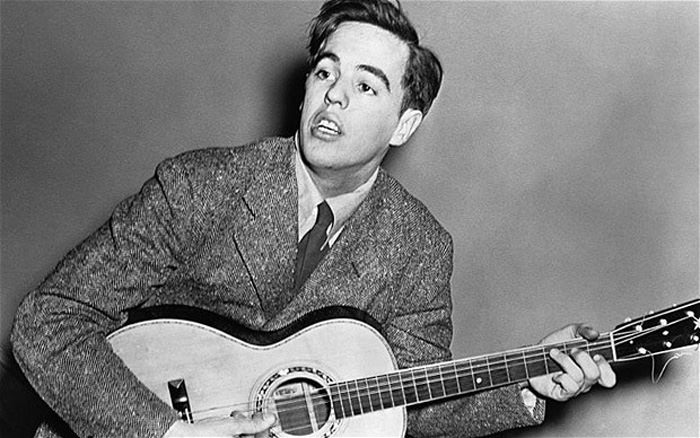 George Bernard Shaw supposedly said that Great Britain and the United States are two countries separated by a common language. The quote itself may be in dispute, but the sentiment is incredibly accurate.

People on either side of the Atlantic can appreciate contributions from the other, but their perspective is different enough that understanding one another is not always easy. Americans tend to see Brits as traditionalist and uptight while the Limeys sometime feel that the Yanks are all rich and impetuous. Neither side is completely right or completely wrong, of course. During the Second World War, however, a better understanding was important in defeating the common enemy.

In an effort to bridge the gap of understanding, CBS and the BBC, in cooperation with the Office of War Information, began collaborating in Transatlantic Call: People to People. As originally conceived, the programs were to be produced on either side of the pond every other week.

CBS took the effort seriously enough to assign Norman Corwin to the project; however, Corwin had to drop out of the project after three episodes due to illness. Folklorist Alan Lomax was tapped as Corwin's replacement.

Working with his father, Lomax made hundreds of recordings of American folk musicians for the Library of Congress, eventually assuming the title of Assistant in Charge of the Archive of Folk Song. When funding for the recordings was discontinued in 1942, Lomax continued at his own expense, saving music and interviews from legendary talents like Lead Belly, Woody Guthrie, Jellyroll Morton and Muddy Waters. Lomax pioneered the "Man on the Street Interview". On Dec 8, 1941, he called on broadcasters to interview and record ordinary citizens with their opinions and impressions of the attack on Pearl Harbor.

Transatlantic Call was a scripted program, but it keeps the feel of the Man on the Street interview. Some of the episodes concentrate on a specific region or industry, such Loggers in Oregon and the People of Bermondsey, the borough of London where the Mayflower began her voyage and home of Air Training Corp. Others are more direct comparisons between the two nations, such as an episode that followed an English Cricket game in the first half and boys playing baseball in Hannibal, MO, during the second.

The lessons of international understanding not only help us to understand our friends across the pond, they help us to know ourselves better, as well.