Break a Mirror, follow a Black Cat, Step on a Crack or walk under a ladder, just get to a Radio as soon as you can to enjoy our Superstitions Collection!

Choose your CD format
or order disks individually: Add to Cart Add to wishlist
Play a sample episode from September 18, 1947:

"Mystery in the Air: Black Cat"

Defined as belief in "supernatural causality", superstition is usually associated with omens, astrology, and other forces not recognized by natural science. Webster uses the definition "a belief or practice resulting from ignorance, fear of the unknown, trust in magic or chance, or a false conception of causation". 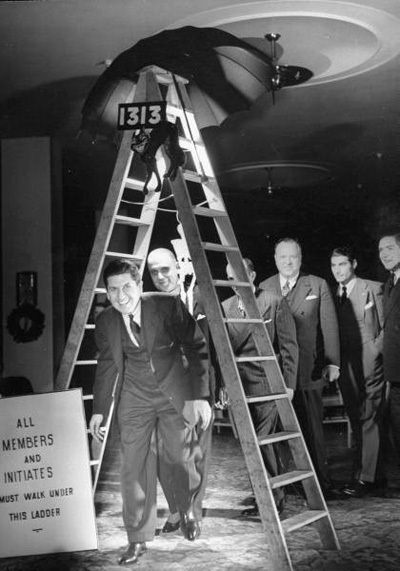 Religious authorities often say that superstition is sinful because it implies a lack of trust in the authority of God. Other theorists claim that all religion is based on superstition, but usually it is a matter of the other guy's religion being superstitions while the speaker's is based on "faith".

What we consider superstitions are often based on Folk Beliefs, regional or ethnic religious practices and customs. These beliefs are usually outside the official doctrine of religion, but they are accepted in the local practice.

Causality is an indispensable feature of Superstition, in other words if something unusual happens it will cause something else to occur. The result may be fortuitous or disastrous. Superstitions are usually based on two separate and unrelated events occurring close to one another, giving rise to the belief that one action caused the other.

Supposedly sophisticated scientific types scoff at superstitions. The observation of causality when superstitions are formed is the beginnings of the Scientific method, however lacking the observation required for formal science. When the supposed results are death, a lack of experimentation is understandable.

Even when we know that they are silly, superstitions are very much a part of our lives. Usually we can recognize a superstition even if we don't understand how they started. The syndicated program The Origin of Superstitions from 1933 presented a number of stories about where common superstitions originated. How accurate these stories are is debatable, but they hold at least as much merit as anything found on the Internet!

Shows like The Inner Sanctum Mysteries are particularly fertile places to explore superstitions. A superstition may be an unfounded fear, but our host, Raymond, won't mind. Any fright is a good one "behind the creaking door"". 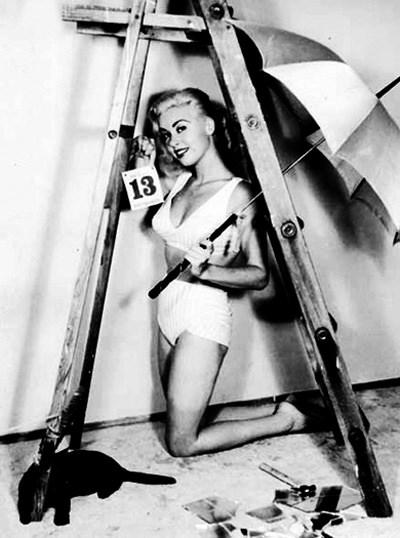 The romantic adventures on Escape! are another fertile ground for superstitions. Ancient superstitions are part of the episode, "The Ring of Toth" which features a story written by Sir Arthur Conan Doyle before he created Sherlock Holmes.

The Cavalcade Of America gave us "the Devil and Daniel Webster". This classic American story demonstrates an indispensable feature of superstitions, especially how they occur in stories. Superstitions, just like the monsters in Science Fiction, are bound by rules. In this story, the Devil comes for Daniel Webster's soul, but he can only have it if he proves his case in a court of law.

One of the most pervasive superstitions is a fear of black cats. In our collection, Black Cats appear in Origin of Superstitions and Tales of the Frightened, but few are more frightening than Peter Lorre's interpretation of Edgar Allan Poe's "Black Cat" tale on Mystery In The Air. In this story, the cat is not so much bad luck as it is the conscience of a disturbed man.

Some superstitions almost beg to be laughed at. When Orson Welles hosted the Ceiling Unlimited program for the Lockheed/Vega aircraft company, he takes on the phenomenon of Gremlins. Gremlins are the imaginary creatures who create unexplained problems with aircraft. Luckily, the problem is solved in time for Christmas Eve, just in time for Santa's flight. Even Orson Welles acknowledges that Santa Claus is not a superstition; Santa Claus is Real!

See also Origins of Superstition and Friday the 13th Collection.