A ruggedly handsome British import, Stewart Granger suffered from the stigma of his wife, Jean Simmons, having a more successful Hollywood career than he did. 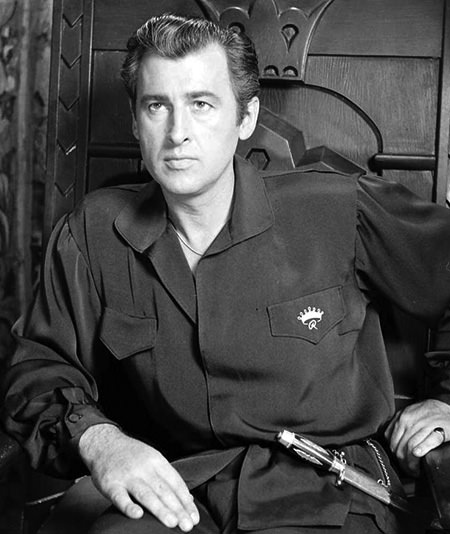 "Ruggedly handsome" is a description we usually expect to be attached to an All-American cowboy type, not necessarily a British import, even if the actor has a reputation for carrying swashbucklers. Even if he was not born on these shores, Stewart Granger was certainly a "man’s man", even if he wasn’t quite an "actor’s actor".

Born James Lablache Stewart in Kensington, West London, 1913, he was the son of a Major in the British Army and descended from theatrical stock on his mother’s side. He began studies to become a doctor but soon realized that he lacked the discipline for that course of study. He dropped out and began taking acting lessons. He found work as an extra in films in 1933 and began working with the Hull Repertory Theatre. He married actress Elspeth March, the company’s leading lady. When WWII broke out, he joined the Gordon Highlanders and transferred to the Black Watch as a Second Lieutenant. However, he came down with stomach ulcers and was invalided out of the service in 1942.

The British cinema industry was doing its best to keep up with Wartime demand, but there was a notable lack of available leading men. He began making melodramas for Gainsborough Pictures and was compared with Cary Grant. To avoid confusion with the American James Stewart, he began using his Scottish grandmother’s maiden name, Stewart but remained "Jimmy" to his friends. As time went on, he began to get more substantial parts, including work in the prestigious Caesar and Cleopatra (1945). On that picture, he met an up and coming young actress named Jean Simmons. 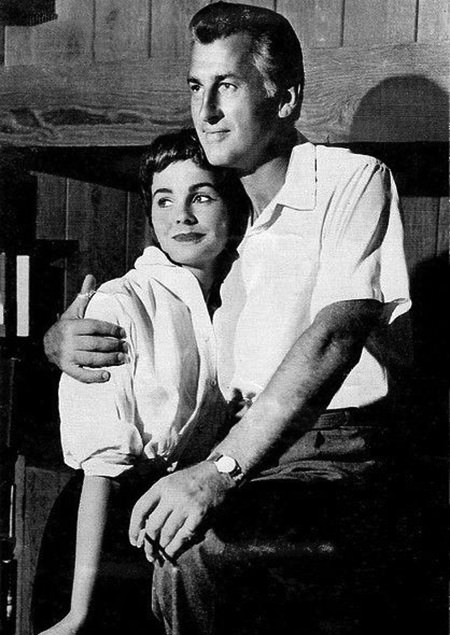 In the late 1940s, he moved to the Rank Organization and began making swashbucklers. Ms. Simmons also joined Rank, and soon she and Stewart began a romance. He divorced March in 1948, and he and Jean were married in 1950 in Arizona during a ceremony arranged by Howard Hughes. Granger signed with MGM while Jean was picked up by Hughes's RKO Pictures. It was soon obvious that Hughes had more than a professional interest in his wife. When Jean spurned the tycoon's advances, Hughes did his best to sabotage her career. Stewart and Simmons sued Hughes for breach of contract. The matter was settled out of court and Jean was released from RKO.

Jean became a freelance actress while Granger remained with MGM. They made a few films together in Hollywood, but their marriage suffered because they were often on different projects at different locations. There was a chance to patch things up when they were offered parts in the epic Ben Hur (1959), but Granger refused because he did not want second billing to Charlton Heston. The marriage broke up soon afterwards and Granger left Hollywood to work in Europe.

After a long-time three-pack-a-day cigarette habit, his doctor informed Granger that he had lung cancer and had less than three months to live, but an operation might give him two or three more years. His reply was "Who the hell needs that, but you better give me three months to put my house in order." After having a lung and a rib removed the doctor informed him that there was no cancer, he had tuberculosis.

Granger returned to acting for a short period after publishing his autobiography in 1981, including an appearance with William Shatner in The Hound of the Baskervilles. He died in Santa Monica, California, on August 16, 1993. He was 80.