Stars in the Air

Catch the "Stars in the Air" with this dramatic Hollywood anthology series broadcast in 1951-52.

Choose your CD format
or order disks individually: Add to Cart Add to wishlist
Play a sample episode from March 01, 1952: 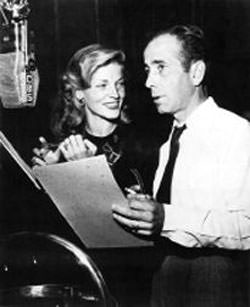 "Stars of the Air," a Hollywood dramatic anthology program, was one of shows produced by the Screen Guild Theater.

The Screen Guild Theater was a charity production developed by the Screen Actors Guild to raise money for the Motion Picture Relief Fund which was was founded in 1921 by a group of silent film stars, including Mary Pickford, Douglas Fairbanks and Charlie Chaplin. The fund was created to help those in the film industry who had fallen on hard times. 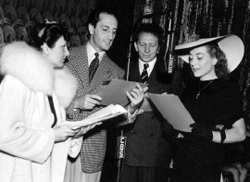 Screen Guild commanded some of the brightest stars in the Hollywood sky. When CBS acquired the Screen Guild programs for the second time in 1951, "Stars in the Air" was one of the shows produced and broadcast under the Screen Guild umbrella. All Screen Guild productions were dramatic reenactments of famous motion pictures, starred big Hollywood names and had excellent production values. "Stars in the Air" was no exception. In this you'll find performances from Humphrey Bogart, William Lundigan, and Betty Lou Gerson, among others. Bogart's performance in the radio version of "The House on 92nd Street," a 1945 film noir spy thriller, is not to be missed.

This collection of broadcasts is a must-have for fans of radio and classic movies alike.