Spikes Jones and his boys crank out satirical tunes sure to get your toes tapping and your belly laughing.

Choose your CD format
or order disks individually: Add to Cart Add to wishlist
Play a sample episode from April 02, 1948: 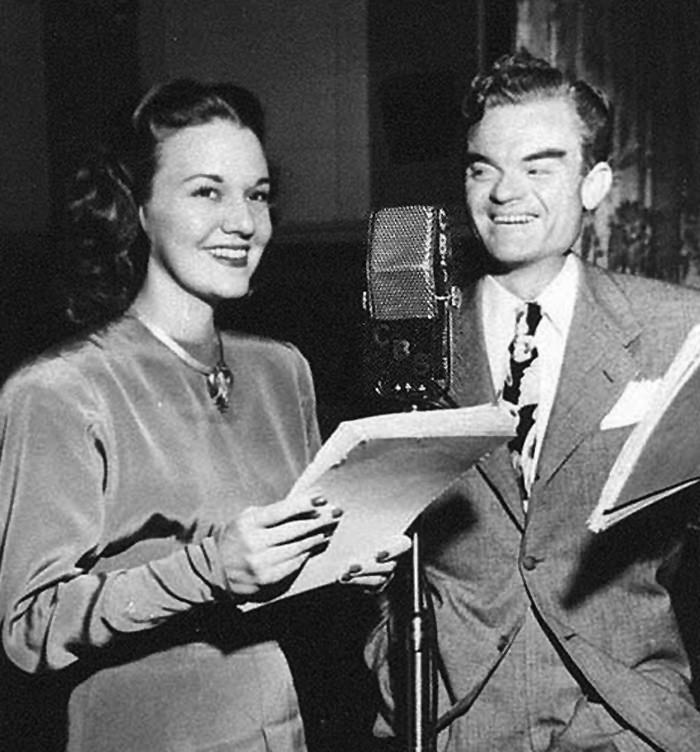 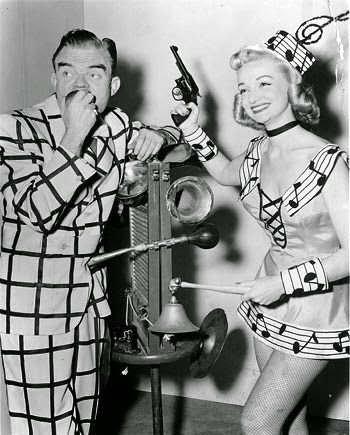 Serious Critics have praised Spike Jones' art as pioneering satirical music. Mr. Jones was an admirer of beautiful music and appreciated the social value of satirical comment. He would have been the first to point out that the music of Spike Jones and his City Slickers was far from beautiful, and utterly lacked any redeeming social value. What a Spike Jones song did was get laughs out of everyone, from the highest of the high-brow to the kid buying a stick of gum and a coke at the corner store.

Lindley Armstrong Jones was the son of a Southern Pacific Railroad agent. Young Lindley got his nickname when it was observed that he was skinny enough to use for a railroad spike. Spike was a talented and enthusiastic musician who got his first set of drums at the age of 11, but he found his calling when a restaurant chef showed him the fun of beating out tunes using the pots and pans hanging in the railway station kitchen.

Spike had an apprenticeship with serious bands (including the John Scott Trotter Orchestra, with whom Spike played percussion on Bing Crosby's first recording of "White Christmas"). When Spike and some friends began making their "experimental" music they quickly developed a small following around Los Angeles. (One story tells how the band played for a group of Decca Records execs who said "This is great! We think RCA should have it!") 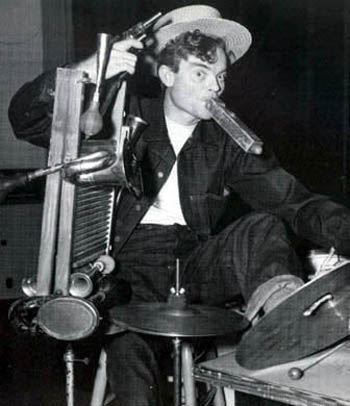 During the Musician's Strike of 1942, Spike was able to produce a record of "Der Fuehrer's Face" that cemented his popularity with the Wartime listening public. Other hits followed, including Spike's wacky version of "Cocktails For Two" and the "William Tell Overture" featuring Beetlebomb.

On the radio, Spike and the boys were the house band for the Bob Burns Show. They went on to headline as the summer replacement for Edgar Bergen and Charlie McCarthy in 1945.

From 1945 to 1949, Coca Cola sponsored Spike and his City Slickers on their Spot Light Revue on Friday nights. Along with the rapid fire and hilarious music, the program featured girl singer Dorothy Shay, "the Park Avenue Hillbilly". The show featured Spike and the boys in a musically rendered comic sketch, and in its final year the program was retitled the Spike Jones Show.