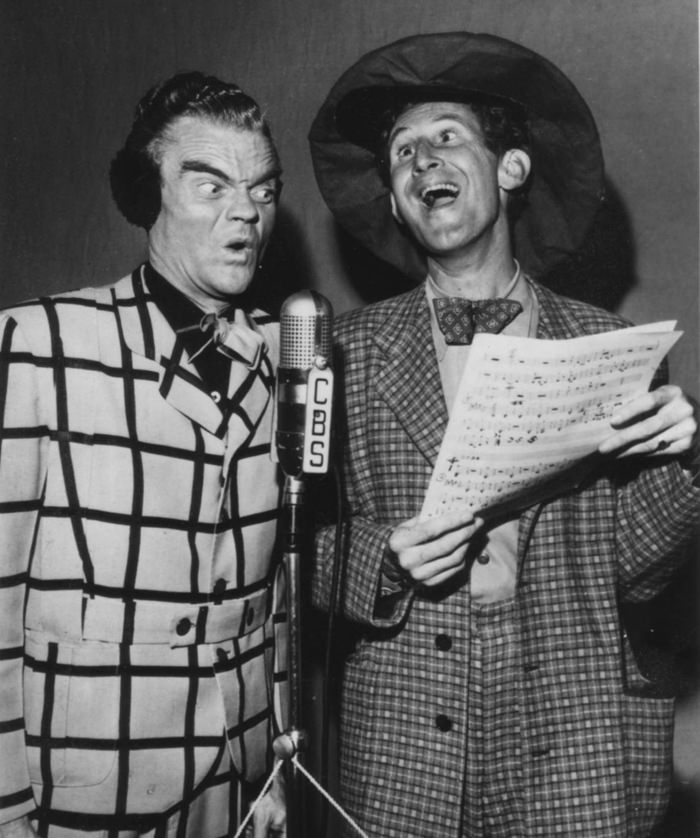 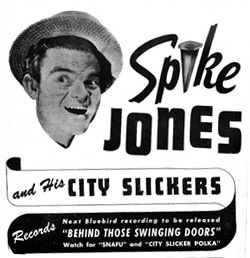 "Thank you, music lovers," Spike Jones would shout during his weekly salutations. Spike Jones, son of a railroad agent, was born Lindley Armstrong Jones, getting his nickname from a telegraph operator who thought that Jones was skinny as a railroad spike. Ever since he was a child, Spike had an affinity for music, playing the drums at an early age, and organizing groups as a teenager. Jones was one of those people that slogged in anonymity for a decade and then became an overnight smash success.

After many failed attempts to stardom with no-name bands, Spike finally got his big break when he joined the Victor Young Band. It was from here that Spike got many offers to play for many radios show, most of which he accepted to invitation. Some of these shows were the Al Jolson Lifebuoy Show, Burns and Allen, Screen Guild Theater, Bing Crosby's Kraft Music Hall, and Fibber McGee and Molly.

After fooling around as a background player for five years, Jones became bored. His only escape was a part-time band of ragtag players that he, and his friend Del Porter, scrounged up. After a few gigs in Los Angeles, the band started to get quite a faithful following. 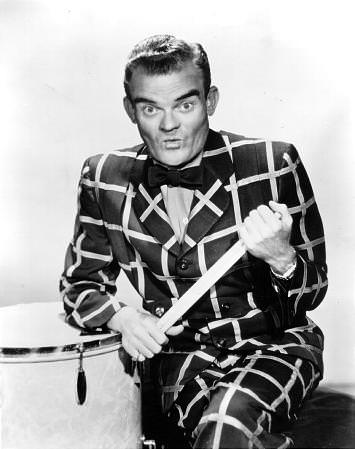 By 1941, the band, Spike Jones and his City Slickers, already cut five bluebird records, but their major success came when Spike went into the studio to record an amusing anti-Nazi war ditty, Der Fuehrer's Face. The song was originally intended for Walt Disney's cartoon, Donald Duck in Axis Land. It was only a month and Spike Jones and his merry crew rocketed to national stardom. What about Hitler's claims to genetic superiority? HAH! Single-handedly, Spike Jones made a mockery of Hitler's declarations, and the raspberry became a respectable part of American Radio.

As Spike Jones and his City Slickers' fame grew, so did the band. From its meager start of about 7 members, by the pinnacle of their careers, the band consisted of 16 players, one actually playing an assortment of made-up instruments like the "birdaphone" or the "latrinophone," which was a toilet seat with strings!

It was in 1945 that Spike got his own show, The Spike Jones Show. His show consisted of pure, and fun, musical MADNESS! Spike Jones and is City Slickers turned foghorns, kitchen utensils, cowbells, and anything else that they could carry a tune, into musical instruments! The show would start with a special guest arrival, such as Gene Kelly, Dinah Shore, Peter Lorre, and Frank Sinatra. Then the show would kick into musical insanity mode, mainly throughout the duration of the show.

This collection includes The Spike Jones Show, some of his musical "masterpieces" as well as his guest appearances on Bing Crosby, Bill Stern, Command Performance, and others. So, get out your slide whistle and come join in on the MADNESS!