Enjoy the laughs and gags of the "Civilian Version" of Command Performance.

Choose your CD format
or order disks individually: Add to Cart Add to wishlist
Play a sample episode from October 07, 1945:

Request Performance is a very well done comedy/variety program, with all the entertainment value of Mail Call and Command Performance. 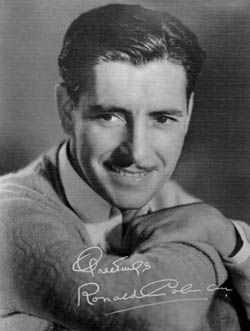 One of the pleasant memories come out of the tribulations of WWII was the terrific programing of the Armed Forces Radio Service, and two of the most memorable programs were Mail Call and Command Performance. Both shows were built around the premise of Servicemen writing in with requests for the performances they would want to hear.

The programs of AFRS were just for the troops, although civilians were sometimes able to get into the studio for the recording session. The shows had such a great reputation that soon after VE day executives, Campbell's Soup, and the Masquers Club, a West Coast actors club, put together a civilian version of the shows, Request Performance.

Many of the radio executives had been involved with the Office of War Information, and so had worked on the shows. Members of the Masquers Club had provided talent on a volunteer basis for Mail Call and Command Performance. (As part of the production deal, the Masquers insisted that the program also be broadcast over short-wave, so that servicemen around the world could pick it up.) 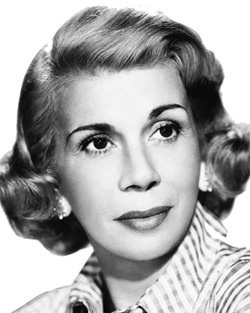 It can be assumed that the performers were paid for Request Performance, and they are generally much more professional sounding than the somewhat informal appearances on the AFRS shows. Sponsorship from Campbell's is also apparent; these are much more polished shows than their military inspirations were.

The biggest difference between Command Performance and Request Performance (besides the larger production budget) was fact that the requests could come from any listener. The program itself announced that the most original requests would get the most attention. This led to some very interesting guest combinations, like Allan Jones, Roy Rogers, and Boris Karloff.