A child prodigy trained as a classical musician, Red Nichols would reshape Jazz.

Choose your CD format
or order disks individually: Add to Cart Add to wishlist
Play a sample episode from July 18, 1951:

"Tune All By Myself"

Music is music and Jazz cares little about the color of the skin on the fingers playing the notes. The important thing is the skill in those fingers, which in turn is the product of an active and open mind.

Loring "Red" Nichols was born in Ogden, Utah, 1905, where his father was a professor of music at a local university. Little Red was a prodigy and his father placed a cornet in his young hands when he was just five years old. By the age of twelve, he was tackling difficult set pieces with his father's brass band and the youngster can be heard on recordings by The Original Dixieland Jazz Band and Bix Beiderbecke. Although his father's classical and formal music training would serve him well throughout his career (Nichols could "spot-read" sheet music), it was obvious to all that Red was destined to be a Jazzman.

Red began an Eastward migration in the early Twenties, playing the Midwest with a group called The Syncopating Seven. When the Seven broke up in 1923, Nichols joined the Johnny Johnson Orchestra and moved to New York City. Teamed with trombonist Miff Mole, Red pioneered the "Chamber Jazz" movement. Chamber Jazz is played by much smaller ensembles than the more directed Big Band or Swing Jazz and presents a more intellectual or strictly listenable sound than the danceable hits of Swing artists. "Red Nichols and His Five Pennies" were leaders of this movement and the "Five Pennies" were usually more than five musicians. They were a rotating crew of whichever players were available for a session and took their name from a pun on Red's surname ("five pennies make a nickel").

Red and his Pennies cut dozens of records during this period, and critics gave the ensemble favorable comparison with Louis Armstrong's Hot Five bands. Musicians who worked with the Five Pennies at various times included Miff Mole, Jimmy Dorsey, Benny Goodman, Glenn Miller, Jack Teagarden, Pee Wee Russell, Eddie Lang, Gene Krupa, and others. Chamber Jazz drew heavily on the Dixieland influence, and when Swing began to eclipse Dixieland, Red formed a Swing outfit, but the wind in the band's sails began to fade around 1932. 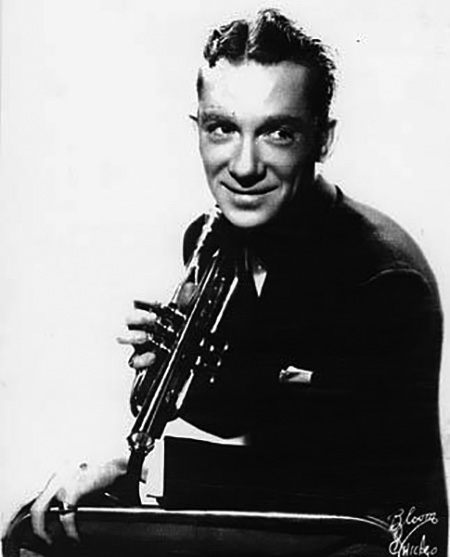 Nichols married a former showgirl from George White's Scandals, Willa Stutsman. He got through the early years of the Great Depression leading show bands, including Bob Hope's radio show band. Willa had a daughter, Dorothy, and the family moved to Los Angeles following the Radio industry. When Dorothy contracted polio in 1942, Red quit music for a more dependable income at an aircraft factory.

After the War, Red began putting together new ensembles which played small clubs around Los Angeles. Red's amazing career in the music industry was profiled in an article titled "Intermission" in the pages of Readers Digest and Red was the subject of an episode of Ralph Edwards' This is Your Life. Old friends like Miff Mole, Jimmy Dorsey, and Phil Harris remembered Nichols as a bandleader who "made sure everybody got paid". Paramount took up the story in The Five Pennies (1959) starring Danny Kaye. The film was a somewhat fictionalized version of Red's life, although he did not appear in the film, Nichols recorded the cornet music that Kaye was supposedly playing on the screen.

Red Nichols and the Five Pennies rode this renewed wave of success to a 1965 engagement at the then-new Mint Casino and Hotel in Las Vegas. Just a few days into the gig, Red was awakened by paralyzing chest pains. He called the front desk who summoned an ambulance, but it was too late. Red Nichols died on June 28, 1965, at the age of 60. The Five Pennies played that night as scheduled, but in place of Red and his cornet, a single spotlight shone on an empty chair on the stage.