Another Marilyn entranced audiences with her blond beauty and air of sexuality, and like Marilyn Monroe, Marilyn Miller died much too young.

Far too often, there is an element of tragedy in the rise and fall of a screen diva. Every young woman will face some pain in the process of growing up, but for the screen diva, these trials are on public display. Ideally, the budding diva will come through the trials grow into a more mature and more beautiful presence. Sadly, there are too many budding screen goddesses who will never grow old because they were simply not strong enough to survive these trials. 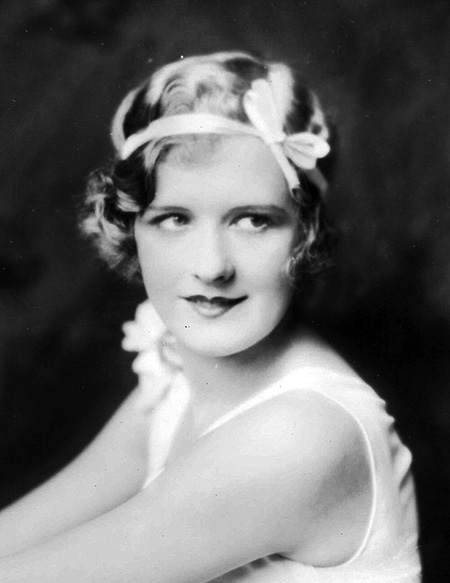 Marilyn Miller entered the film industry just as the movies learned to talk, and her life and career would contain a few parallels to that of another Marilyn who would tragically entrance fans of later generations. Miller was born Mary Ellen Reynolds in Evansville, Indiana, 1898, to a telephone lineman and an ambitious mother with dreams of show business and little patience for the life of a lineman's wife. Ada Lynn Miller left her husband and joined the vaudeville troupe of Oscar Caro Miller with her three daughters. Performing as "The Five Columbians", they worked the Midwest vaudeville circuits before traveling to Europe to skirt child labor regulations. When Mary Ellen was ready to strike out on her own, she took her stepfather's name and combined her first name and her mother's' middle name to form Marilyn (which was not a popular girl's name at the time).

Broadway producer Lee Schubert spotted Marilyn Miller in London's Lotus Club in 1914 and invited her back to New York where she would be featured in The Passing Show revues if 1914, 1915, and 1917. Her vivid yet delicate beauty entranced audiences, and in one audience was Schubert's competitor, Florenz Ziegfeld. Feeling that the Schubert's could not bring Marilyn to her full potential, Ziegfeld wooed her away to his own Follies of 1918 and 1919 and produced the show Sally around her in 1920. The show was a smash hit (561 performances) with Joseph Kern's song "Look for the Silver Lining", but Marilyn was uncomfortable as part of Ziegfeld's orbit and broke off their personal and professional relationship to sign with producer Charles Dillingham who starred her in an unsuccessful Peter Pan (1924, 96 performances) which was followed by Marilyn's second hit, Sunny (1925, 517 performances).

During this period, Marilyn began to have husband trouble. She married actor/dancer Frank Carter in the spring of 1919, but he was killed in an automobile accident less than a year later. After Sally closed, Miller married Jack Pickford at his older sister Mary Pickford's estate, Pickfair, in Hollywood. Abusive of booze, drugs, and his wife, the marriage to Pickford was an unhappy one and Marilyn got a French divorce in 1927. 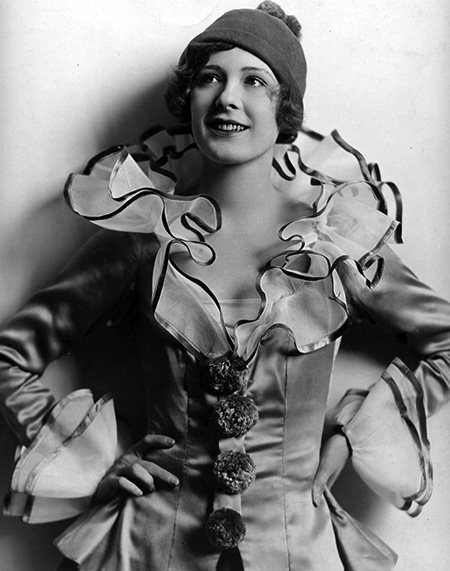 The characters that seemed most appropriate for Miller were "Cinderella-types". Sally was about a dishwasher who joined The Follies and eventually married a millionaire. Sunny is an even sappier story, but it does introduce some terrific Jerome Kern standards. In Marilyn's final film, Her Majesty, Love (1931), she plays a circus girl again, this time with two suitors and W.C. Fields playing her juggling father.

Miller returned to Broadway, but soon her health began to deteriorate. Alcohol abuse was taking a toll, and she suffered a series of debilitating sinus infections. Marilyn Miller died from complications after nasal surgery in New York City on April 7, 1936. A decade later, she would be played by Judy Garland in Till the Clouds Roll By (1946), a fictionalized Technicolor musical biography of Jerome Kern. Marilyn's own life story would be the (highly sanitized) subject of Look For the Silver Lining (1949) starring June Haver.

In 1946, former actor and now 20th Century Fox executive Ben Lyon who had a co-starring role in Her Majesty, Love discovered and signed a new beauty named Norma Jean Mortenson. For a stage name, Norma Jean chose her mother's maiden name, Monroe, and Lyon contributed the name of his co-star, Marilyn Miller. The parallels between the two Marilyn's are purely coincidental but still interesting. Both would be plagued by marriage troubles and substance abuse, yet they would entrance audiences with their beauty and sexuality. Sadly, both would die young, Monroe at 36 and Miller at 37.

For her contributions to Motion Pictures, a Star on the Hollywood Walk of Fame at 6301 Hollywood Blvd is dedicated honoring Marilyn Miller.