Before she was the bad-girl "queen of the B's", Marie Windsor appeared in radio dramas to attention of an MGM scout who gave her a contract and moved her back to Hollywood.

Choose your CD format
or order disks individually: Add to Cart Add to wishlist
Play a sample episode from November 15, 1948: 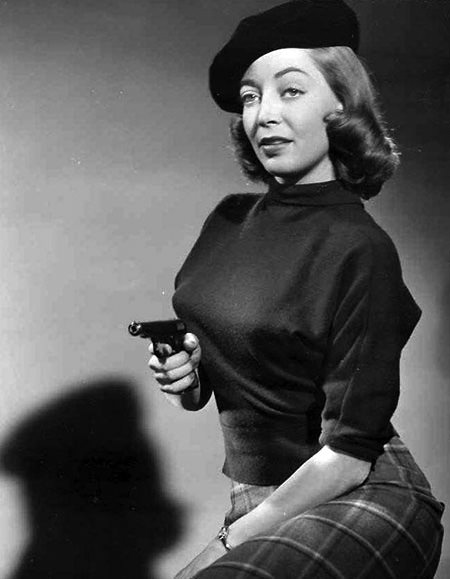 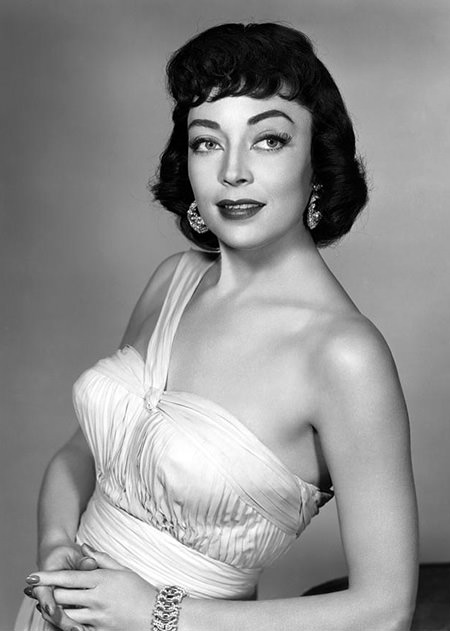 Fast-paced and gritty, the B-Grade noir films of the post-War era captured the cynicism and disillusionment of the age. Their popularity was reflected in the preponderance of hard-boiled detective programs cropping up on the radio networks, and like radio shows the success of a low-budget noir crime thriller lied as much in what wasn't seen as what the audience was shown.

Of course, just like the formula for B-Westerns, there were some elements that the noir thriller needed to give the audience a reference point. There had to be a ruggedly handsome leading man who faced the world according to his own code of honor. An innocent damsel in distress was a good addition, but mostly the noir film needed a bad girl to put a proper twist on the situation. Marie Windsor came along just in time to build a career as the bad-girl "queen of the B's".

Born Emily Marie Bertelsen in Marysvale, Utah, 1919, she had acting in her sights from an early age. She began taking dancing and acting lessons at the age of 11 and majored in drama at Brigham Young University. Selected as Miss Utah in 1939, a trip to Hollywood was part of the pageant prize package. Upon reaching the movie capital, Marie wasted little time in contacting Maria Ouspenskaya, a student of the Stanislavsky method, who agreed to take her on as a student of stage acting. 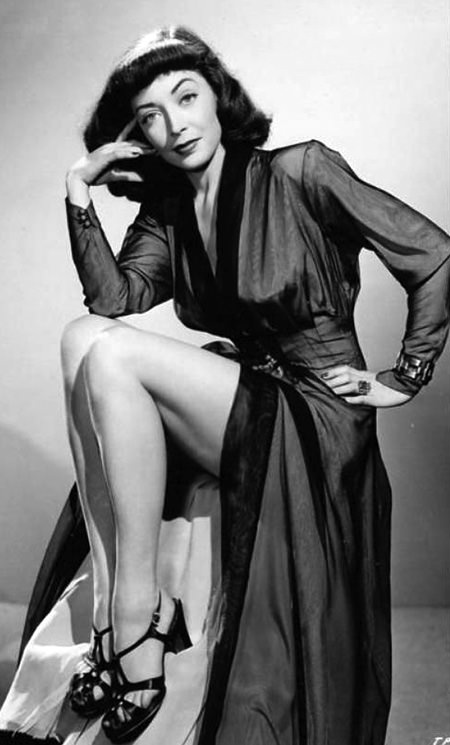 In order to eat, Marie took a job as a cigarette girl at the Mocambo Night Club in the Sunset Strip. One of her patrons, movie producer Arthur Hornblow, Jr., saw her break down in a back room, weeping over her inability to pay the rent. He recommended her for the stage musical All American Co-Ed and she won a role. After playing a few bit parts on the L.A. stage she moved to New York, hoping to find work on Broadway. She appeared in radio dramas and did enough stage work to attract the attention of an MGM scout who gave her a contract and moved her back to Hollywood.

Marie appeared in Force of Evil (1948) opposite John Garfield as a femme fatale seductress. She went on to a number of bad girl part through the 1950s, including roles in The Sniper (1952), The Narrow Margin (1952), Hell's Half Acre (1954), The Killing (1956), The Unholy Wife (1957) and several others. She married bandleader Ted Steele in 1946 but sought an annulment after less than a year. In 1954, she married real-estate developer Jack Hupp (member of the 1936 Olympic basketball team and future inductee to the UCLA Athletic Hall of Fame).

Never a classic beauty, one of the biggest obstacles to Marie's stardom was her height. At 5'9", many leading men had trouble working with her. Two of the actors who were not intimidated by the fact she was taller than they were George Raft and John Garfield. "Raft told me how to walk with him in a scene: we'd start off in a long shot normal, and about the time we got together in a close-up, I'd be bending my knees so I'd be shorter. I had to do a tango with Raft and I learned to dance in ballet shoes with my knees bent".

After her acting career, Marie became a painter and sculptor. On December 10, 2000, Marie Wilson passed away due to undisclosed causes. It was the day before her 81st birthday. A Star on the Hollywood Walk of Fame at 1549 Vine St honors Marie Windsor's contributions to Motion Pictures.