Although Margaret Sullavan only appeared in sixteen Hollywood films, the four she made with her dear friend James Stewart are considered her greatest work.

Choose your CD format
or order disks individually: Add to Cart Add to wishlist
Play a sample episode from March 30, 1939:

We have heard dozens of stories about Starlets who had trouble coming to grips with the pressures are tribulations that come with Hollywood fame. We have also heard about actresses who felt cheated by the domination of the Hollywood Studio system. Finally, there are the Hollywood beauties who seemed unable to find love or were heartbroken for not being able to be with the man they truly loved. All three of these tragic figures came together in Margaret Sullavan.

Born the daughter of a wealthy stockbroker in Norfolk, Virginia, 1909, a childhood disease prevented Margaret's legs from becoming strong enough for her to walk until she was six-years-old. When she was finally able to move about on her own, she shocked her class-conscious parents by preferring the rough and tumble play of the kids "from the wrong part of town" to more gentile activities. Her parents sent her to Chatham Episcopal Institute for a private education, and she was elected president of the student body. 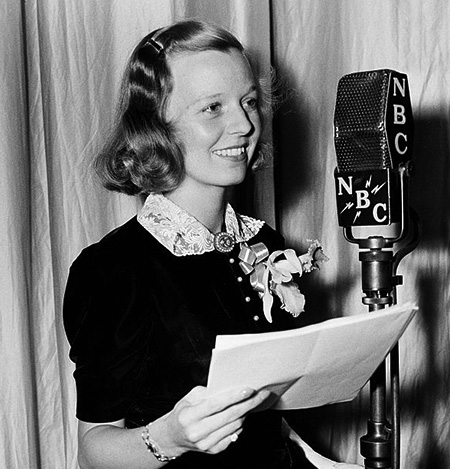 After Chatham, Margaret moved to live with her half-sister in Boston and decided to become an actress. Scandalized, her parents cut her allowance in hopes of reining their rebellious daughter in, but she found work at the Harvard Cooperative Bookstore and continued to study acting. She won a chorus part in a Harvard Dramatic Society production and was invited to join the University Players acting troupe for the summer of 1929. The star of the University players was a tall, serious young man named Henry Fonda. Margaret made her Broadway debut in May of 1931. She was highly attracted to Fonda, and they were married on Christmas Day, 1931, but the impetuous marriage would only last fifteen months. Before the couple split, another tall, handsome young man joined the University Players by the name of James Stewart. Although the disagreed bitterly over their political views, Fonda and Stewart became life-long friends.

Soon after her first marriage was dissolved, Margaret made her way to Hollywood and made her movie debut in the pre-Code drama, Only Yesterday (1933). From the beginning of her Hollywood career, Sullavan was particularly choosy about the scripts she would work on and followed up Only Yesterday (which she was highly unsatisfied with) by starring in Little Man, Not Now (1934). Set in impoverished Germany after WWI, the studio nearly passed the picture over thinking it would be too depressing, but Margaret pulled off a marvelous performance. Her third film, The Good Fairy (1935), was chosen to showcase her versatility in a comedy, and she married the picture's director, William Wyler. By the time she was given the script for The Next Time We Love (1936), Sullavan was an established movie Star. There was a small role in the film that she thought would be perfect for her good friend, James Stewart, who had recently come to Hollywood. Fearing she would drop out of the film, the studio hired Stewart for the role, and the attention Margaret paid to helping Stewart with the part was said to damage her marriage to Wyler. They divorced in 1936.

By all accounts, Stewart would have loved to take advantage of Margaret's availability after her second divorce but, for whatever reason, he did not. By this time, James was enjoying his status as an up and coming leading man and had become somewhat of a playboy, Sullavan married agent/producer Leland Hayward in 1937. Hayward had represented Margaret from the time she started in Hollywood and he worked for Stewart as well. The newlywed couple (Margaret was pregnant with their first child at the time of the wedding) moved into a colonial house in Brentwood, just down the street from Stewart's place. The Haywards had three children but divorced in 1947. 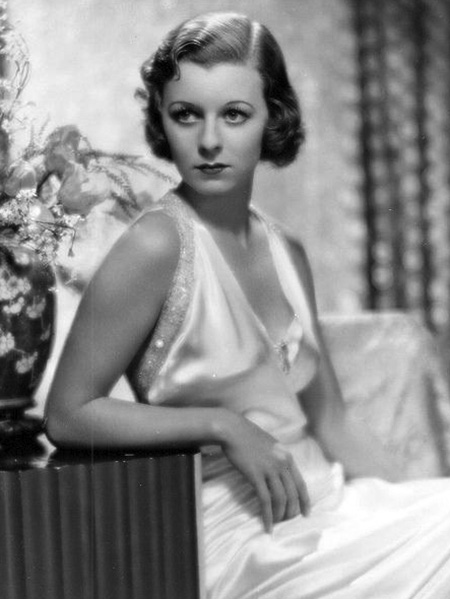 Sullavan and Stewart collaborated on three more films. Of Shopworn Angel (1938), Louis B. Mayer said, "Why, they´re red-hot when they get in front of a camera," and referring to their onscreen chemistry. "I don't know what the hell it is, but it sure jumps off the screen." The Shop Around the Corner (1940) was a romantic comedy about a couple who barely tolerated each other in person but were falling in love through anonymous letters, inspiring the 1998 Tom Hanks/Meg Ryan hit You've Got Mail. Their last picture together, The Mortal Storm (1940) was notable as one of the few directly anti-Nazi pictures to come out of Hollywood before America entered the War. The film is also notable for featuring Robert Young (Father Knows Best, Marcus Welby MD) as a villain.

Margaret took a break from movie making from 1943 to 1950 to concentrate on stage work and to have more time for her children. Although she had become a very bankable star, she never seemed to enjoy working in film ("Perhaps I'll get used to this bizarre place called Hollywood, but I doubt it."). During the later years of her career, she refused to sign more than short-term with any one studio for fear of being trapped in a contract. The contracts she did sign always had provisions that she could take time for stage projects, and she nearly always came out on top of negotiations. "She was the only player who outbullied Mayer", an MGM executive later said of Sullavan. "She gave him the willies". In 1950, Margaret married investment banker Kenneth Wagg, and they remained together for the rest of her life.

On January 1, 1960, Margaret was discovered in bed in her hotel room in New Haven, Connecticut, at 5:30 pm, barely alive. At her bedside was an open script for Sweet Love Remembered, her next theatrical project, and an empty bottle of barbiturates. She expired less than a half hour later. No suicide note was found and the death was ruled an accidental overdose. A Star on the Hollywood Walk of Fame at 1751 Vine Street is dedicated honoring Margaret Sullavan's contributions to Motion Pictures.