Tiny Lily Pons may not have looked like a typical opera diva, but she had the powerful voice and forceful personality to succeed. During the War, she made USO tours with her husband Andre Kostelanetz.

Choose your CD format
or order disks individually: Add to Cart Add to wishlist
Play a sample episode from March 13, 1946: 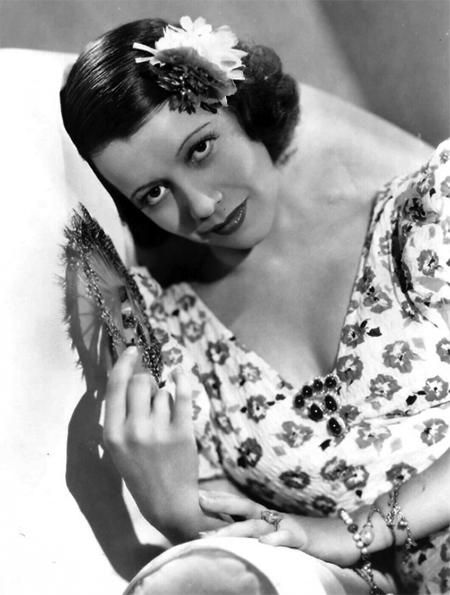 Born Alice Josephine Pons in 1898, near Cannes, she showed an early aptitude for the piano and won first prize at the Paris Conservatory at the age of 15. During WWI, her mother worked as a nurse at the Hotel Carlton in Cannes, which had been transformed into a hospital for French soldiers. Young Alice became quite popular playing and singing for the soldiers and at receptions and fundraisers. In 1925, the soprano Dyna Beumer encouraged her to study singing and helped her to find a patron, publisher August Mesritz, to fund her studies. Pons and Mesritz were wed in 1930 but divorced in 1933.

She was discovered by the tenor Giovanni Zenatello who encouraged her to travel to New York and audition for the Metropolitan Opera Company. The star soprano Amelita Galli-Curci was due to retire, and on January 3, 1931, Pons made her debut at the Met with the first name Lily. Between 1931 and 1960, Lily would become the Met's principal soprano and make more than 300 appearances in ten different roles. 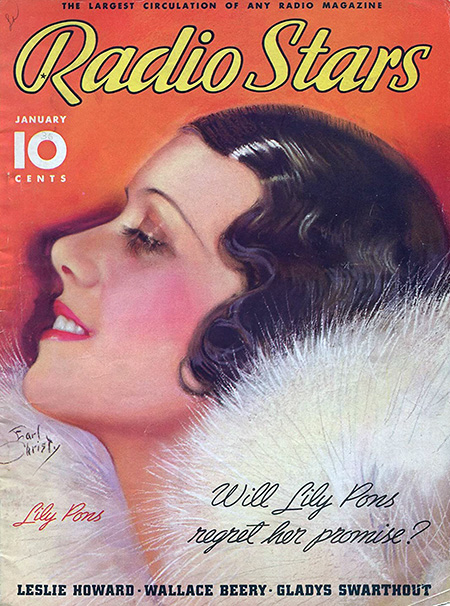 Few opera stars until Pavarotti had Pons' genius at self-promotion and attracting the attention of the mass media. Lily became the face of Lockheed Aircraft, Knox gelatin, and Libby's Tomato Juice. A village in Maryland named itself in Lily's honor, and she arranged for her Christmas cards to all be postmarked from Lilypons, MD.

Conductor Andre Kostelanetz became her husband from 1938 until their divorce in 1958, and Lily became a naturalized American citizen in 1940. In 1944, she canceled her New York season to make a USO tour with her husband. Kostelanetz conducted an orchestra made up of G.I.s to accompany his wife, and they performed at bases in North Africa, Italy, the Middle East, India, and Burma. Returning to the US, they continued to tour and broke attendance records at several venues.

Lily died of pancreatic cancer in Dallas on February 13, 1976, she was 77 years old. Her remains were taken back to Cannes where they were interred in her family plot.

A Star on the Hollywood Walk of Fame at 7006 Hollywood Blvd honors Lily Pons' contributions to the Recording Industry. Her image appeared on a 32¢ US Commemorative Postage Stamp as part of the Legends of American Music Series issued on September 10, 1997.