Popular pin-up girl in the 40's and the former Mrs. Ronald Reagan, she won the Oscar for Best Actress playing a deaf-mute woman in Johnny Belinda (1948). 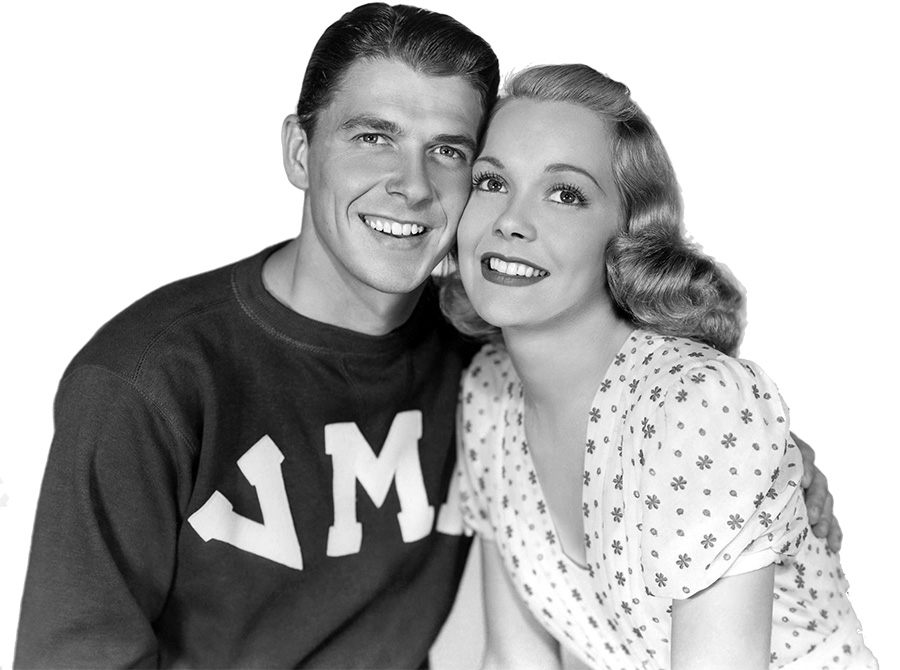 When Jane Wyman passed away, most of the news outlets eulogized her as Ronald Reagan’s ex-wife. "The Great Communicator" was noted as a Hollywood Star who went on to success in conservative politics, but over the long run, Jane had greater success in show business than her ex had enjoyed (not that holding the highest office in the land is anything to sneeze at). 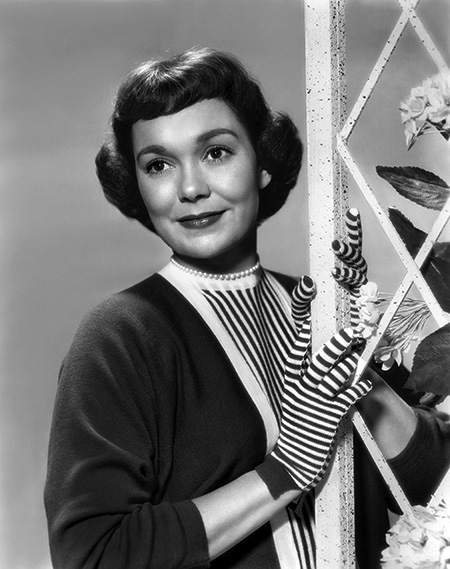 Born Sarah Jane Mayfield in St. Joseph, MO., Ms. Wyman’s upbringing was anything but settled. After her mother filed for divorce, her father died unexpectedly. Her mother left for Cleveland, leaving the girl to be raised by foster parents. At the age of 11, she moved with her foster mother to Los Angeles, but they moved back to Missouri in 1930 when she began signing on the radio as Jane Durrell. She also added a couple years to her age so she could work, which led to some confusion as to her actual birthdate.

After dropping out of high school, Jane returned to California at the age of 15, taking whatever odd jobs she could find until she could begin working her way up with small movie parts. She changed her name again from Jane Durrell to Jane Wyman in 1936 so that she could accept a contract with Warner Bros. at the age of 19. In 1937, she wed a New Orleans dress manufacturer, but the marriage fell apart after three months, supposedly because she wanted to have kids right away but he did not.

While waiting for the divorce to finalize, Jane began filming Brother Rat (1938), a story about cadets that the Virginia Military Academy, starring an up and coming Ronald Reagan. The film’s chemistry may have been helped by the budding romance between its stars, and it was good enough to have a sequel. Brother Rat and a Baby was released on January 13, 1940, and less than two weeks later Ron and Jane were wed.

Almost a year later, the happy couple welcomed baby Maureen, and later adopted Michael (son of a unwed girl from Kentucky and an Army Corporal). The pretty young mother was a popular pin-up girl (in 1941, she performed the longest screen kiss on record, 3 minutes, 5 seconds, with Regis Toomey in Your In The Army Now) and made the rounds of GI Journal and Command Performance, while appearing on movie adaptation anthologies like Lux Radio Theater and Lady Esther Screen Guild Theatre. Her popularity made her a hit with comics like Jack Benny, Burns and Allen and The Edgar Bergan/Charlie McCarthy Show. She also took time to stretch her dramatic muscle in Hallmark Playhouse, Suspense, and Cavalcade of America.

The Reagans were expecting their third child in 1947 when Jane went into premature labor on June 26. Little Jane Reagan was born and died the same day, and event which drove an insurmountable wedge between the couple. When Jane filed for divorce in 1948, she stated publicly that politics was the reason for the break up (Ron was a Democrat at the time, Jane a lifelong Republican). 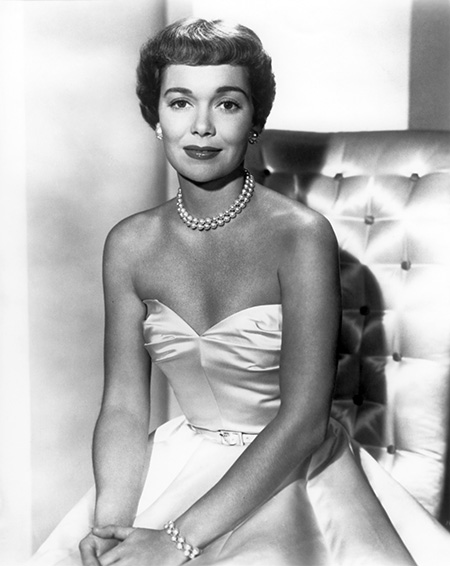 Jane was able to channel her grief into her performance as a victimized deaf-mute woman in Johnny Belinda(1948) for which she won the Oscar for Best Actress. With typical humor, her acceptance speech was one of the shortest on record: "I accept this, very gratefully, for keeping my mouth shut once. I think I'll do it again."

Her TV career began when she appeared in an episode of General Electric Theater in 1955 (the show was hosted by her ex-husband, Ronald Reagan). In 1981, as Reagan was beginning his Presidency, Jane starred in the primetime soap opera Falcon Crest. While enjoying a career resurgence, she managed to sidestep questions about her ex, maintaining an attitude that she was not "bitter or because I don't agree with him politically. I've always been a registered Republican. But it's bad taste to talk about former husbands and former wives, that's all". Reportedly, she voted for him in 1980 and 1984.

Jane lost her daughter Maureen in 2001 to cancer. When Ronald Reagan passed away in 2004, Jane broke her long silence concerning her ex, releasing a statement that read: "America has lost a great president and a great, kind, and gentle man." On September 10, 2007, Jane passed away at her home in Rancho Mirage at the age of 90. 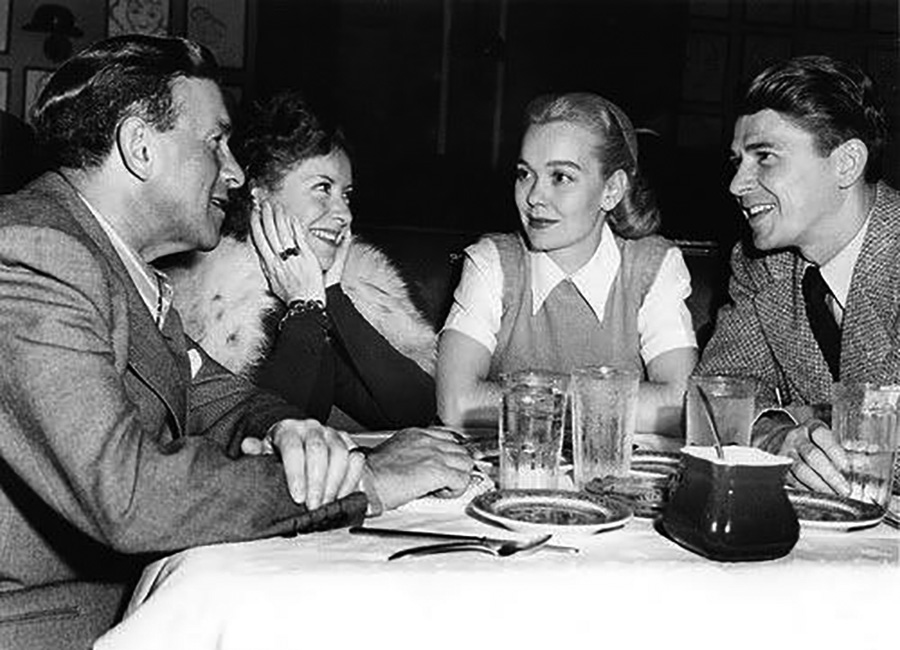