Choose your CD format
or order disks individually: Add to Cart Add to wishlist
Play a sample episode from September 14, 1943:

The history of broadcasting in South Africa is much richer than those of us in the Northern Hemisphere tend to realize. In the mid-1890s when Marconi was experimenting with radiotelegraphy, in Cape Town Edward Alfred Jennings was working with primitive carbon microphones which he employed in (partially successful) voice transmissions.

Some OTR fans will be familiar with the offerings of Springbok Radio, South Africa's first commercial radio service which began transmitting from Broadcast House at the corner of Troy and Commissioner Streets in Johannesburg. Broadcast Hose was built in 1934 to house the Associated Scientific & Technical Societies of South Africa (ASTS) Broadcasting Services. 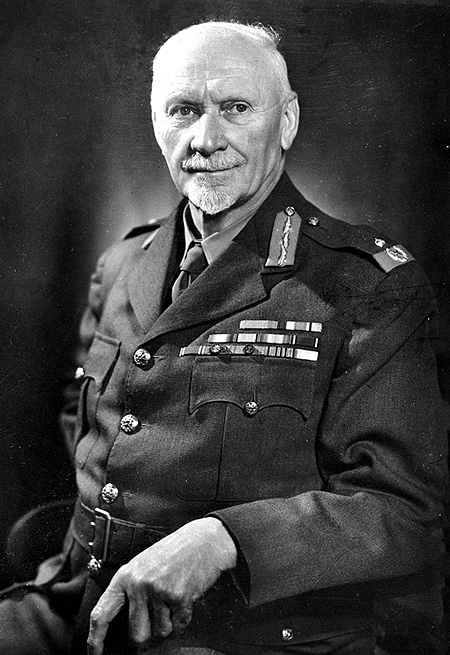 The broadcasts in this collection are part of a syndicated program produced at Broadcast House for an American audience in 1943 profiling the life of South African statesman and hero Jan Christian Smuts. History has left Smuts largely forgotten outside of his native country, and post-Apartheid South Africa is even unsure of how to deal with his legacy.

Smuts was born to traditional Afrikaner farmers in the Cape Colony in 1870, a year before diamonds were discovered at Kimberly and Cecil Rhodes arrived in South Africa. He attended Victoria College at Stellenbosch University near Cape Town and was selected to study at Cambridge in the UK where he read law.

During the Second Boer War, Smuts served under Paul Kruger and demonstrated a mastery of hit-and-run warfare against superior British Forces. Although he would ultimately be defeated, the British seemed to admire his "stop at nothing" style of warfare and he met with Lord Kitchener during the Peace Negotiations.

During the Great War, Smuts was made a General in the British Army and fought in the East Africa Campaign before being called into the Imperial War Cabinet in London. He was among the few negotiators of the Treaty of Versailles to advocate for limited German Reparations; he also advocated for a strong League of Nations. After Louis Botha died in 1919, Smuts was elected as Prime Minister of South Africa for the first time.

In 1924, Smuts lost the Prime Ministry and spent the next several years in academic pursuits, especially botany. As the Second World War loomed, he was called back into politics and regained the Prime Ministry. In 1941, he was appointed a Field Marshall in the British Army and counted as being on "equal footing" with other Allied leaders, including Churchill, FDR, and de Gaulle.

This brings us to the time period when the shows in this collection were recorded, approximately 1943. Smuts' contributions to South Africa and the World at large were far from over. He would represent his nation at the U.N. Charter talks in San Francisco and is considered one of the Fathers of the United Nations. Smuts was thought to be in the running for the 1945 Nobel Peace Prize (which would ultimately go to Cordell Hull).

Domestically, Smuts fought for and won disability grants and old-age pensions for "Indians" and "Africans" (albeit, at different compensation levels depending on race). His support for the Fagan Commission Report in 1946, which called for a relaxation of some Apartheid Policies. Smuts again lost the Prime Ministry in 1948, but the same year he was elected as Chancellor of Cambridge University, the first non-British native to hold the position. Jan Smuts suffered a fatal heart attack at his family farm near Pretoria on September 11, 1950.