After a difficult childhood, Helen Forrest beat the odds and was discovered by bandleader Artie Shaw to song with and eventually replace Billie Holiday. She later worked with Benny Goodman and Harry James Orchestra.

Choose your CD format
or order disks individually: Add to Cart Add to wishlist
Play a sample episode from May 13, 1944: 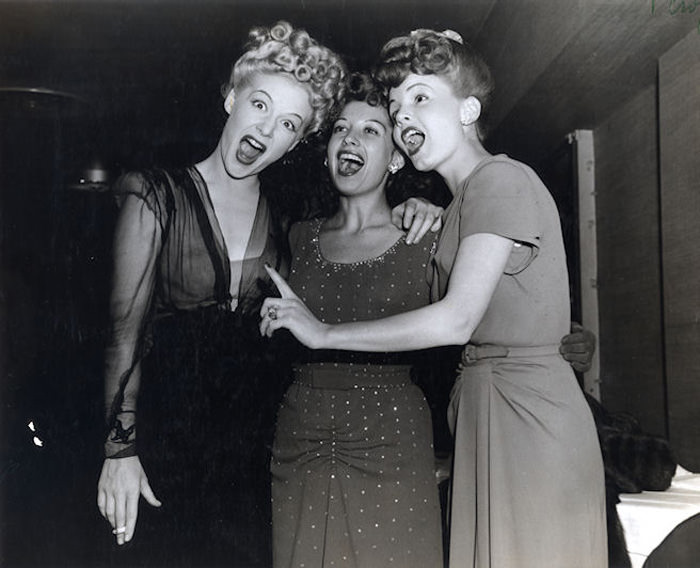 The studio floors of Old Time Radio are littered with stories of starlets, stories that go "she had an unhappy childhood, but look how far she went!" Rarely do we find a childhood hardship as heartrending as Helen Forrest's.

Helen was born Helen Fogel in Atlantic City, 1917. By all accounts, the Fogel home was a happy one, the parents ran a small grocery store, and Helen had three older brothers. When the girl was an infant, the family lost their father to influenza. Her mother unreasonably blamed Helen for the death of her husband - she had wished so strongly for a little girl that God must have taken her husband in exchange. 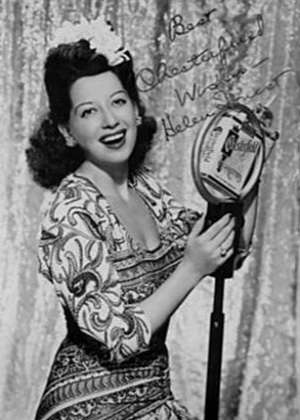 Two of Helen's brothers were old enough to move out on their own when the family relocated to Brooklyn when Helen was barely a teenager. Her mother took up with a house painter, a man Helen despised and did not trust. Many times, Helen was told to "take her time" returning home after school. As she matured, she realized that the house was being used as a brothel. As Helen matured physically, her step father took an unhealthy interest in her and attempted to force himself upon her. At fourteen, she was forced to defend herself with a kitchen knife. Soon thereafter she went to live in the home of her piano teacher.

While studying piano, her teacher noticed that Helen had a talent for singing, and encouraged her to pursue it. Helen's older brother Ed had a dance band and helped her to get engagements. She landed a job on WNEW, where one of the saxophone players commented that Fogel sounded "too Jewish", so she took the stage name Forrest. Ed helped her get a job singing at the Madrillon Club in Washington D.C., where she further built her reputation.

Band leader Artie Shaw saw Helen's performance at the Madrillon and invited her to audition because his singer, Billie Holiday, indicated she was ready to leave. For a time, Holiday and Forrest were both working with the Shaw Orchestra, and it came to Helen's attention that African American performers were not allowed on stage when they were not performing. In support, Helen chose to remain in the wings until the time for her number. Helen recorded 38 singles with the Shaw band, and gained national attention, but returned to Baltimore when Artie dissolved the band in 1938. Not for long, however. Benny Goodman invited her to join his band, but it was not a happy fit for Helen. Although she recognized Goodman as a musical genius, she did not get along personally with the bandleader. Benny treated his singers as though they were simply another instrument in the band, and Helen complained that he was "noodling" on the clarinet while she sang. In order to "avoid a nervous breakdown", Helen quit Goodman's band in 1941.

She approached Harry James, offering to work for him with the single condition that she be allowed to sing. James was looking for a more jazz oriented singer, but gave Helen an audition and the band voted her in. James began arranging around his horn, and Helen's voice, often slowing the tempo so that a song only had two choruses, and Helen often became the star of the record. In 1943 and 1944, Helen Forrest was voted the best vocalist in the United States by a poll in Down Beat magazine.

After leaving the Harry James Orchestra in late 1944, Helen signed a solo contract with Decca Records. She also appeared on the radio with her Decca co star, Dick Haymes.