Choose your CD format
or order disks individually: Add to Cart Add to wishlist
Play a sample episode from May 03, 1945: To anyone who knew him, there was little doubt that Mammie Glassberg and Harold Huberman's little boy was going to go places. 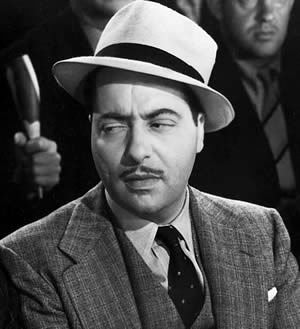 The parents were both from families that had emigrated from Imperial Russia. Harold Sr.'s position as the manager of an optical firm, and young Harold's natural intelligence possible for the boy to enter New York University in 1925 at the age of 16. Here he would be a member of the debate team and eventually editor of the school magazine The Medley. The University was force to shut down the Medley for a short time during this period, for publishing "low humor". After graduating from NYU in three years, Harold entered Columbia, seeming destined for a great career in law. If only he hadn't landed that acting job.

He took the stage name Harold Huber for a role in a Broadway adaptation of A Farewell To Arms. His choice of an Anglo sounding stage name is interesting, especially as his career became one of portraying ethnic stereotypes. He would display his versatility in nearly one hundred films during the 1930s and 40s. A noteworthy early success was as "that rat Nunnheim" in The Thin Man (1934). 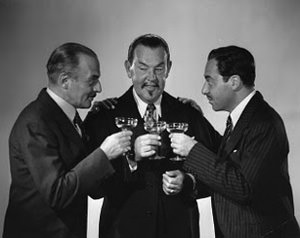 A scar from a fencing accident (he had been an amateur fencing champion) and his beady eyes made Huber a natural comic villain, but he is probably best remembered for playing a series of foreign cops in several Charlie Chan films. He also appeared in films with Charlie McCarthy and as a sometimes sidekick of Peter Lorre's Mr. Moto films.

Harold Huber had a pair of seemingly opposite roles on Radio. During the 1932-33 season he played the insidious Dr Fu Manchu on CBS, but his biggest radio success was portraying the Belgian detective Hercule Poirot, the famous character from Agatha Christie's novels. The scripts used only the character and none of the plots from Christie's novels. The author seems to have approved of the show as she introduced the first episode via shortwave transmission.