At some level, Greed drives us to improve our lot in life, but when it comes at the cost of our spiritual needs, Greed is a sin which we cannot afford.

Choose your CD format
or order disks individually: Add to Cart Add to wishlist
Play a sample episode from October 26, 1953:

Most people have everything they need. A serviceable car to drive to school or work, enough food to be healthy, a safe, dry place to sleep, and the companionship of people they love and care about, these basic needs are actually not so hard to come by in the modern world. This is indeed fortunate because if a person's basic needs are not met, things become difficult, even unhealthy, sooner than later. 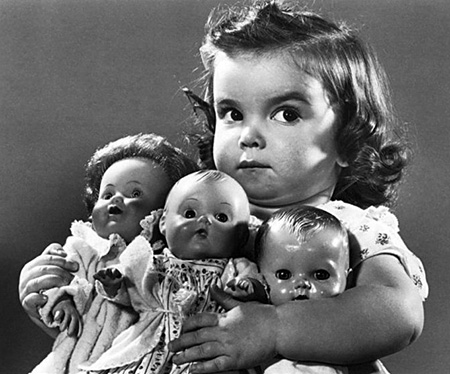 There is nothing inherently wrong with wanting to improve your lot in life beyond your basic needs. Sure, a serviceable used car will get you where you need to go, but if you can afford a faster, more luxurious ride, what is wrong with that? A nicer, bigger house? Tastier, fresher groceries? Striving for something better than what you have is not only healthy, it drives what is the greatest economy in the world, so if you can afford to chase better things, then do.

Problems begin to arise when we want more than we can afford but greed tells us we should still have them. Greed is the desire for material wealth or gains, often at the cost of spiritual needs. By spiritual needs, we are talking about more than simply the lessons taught in church, spiritual needs include the companionship of friends and the love and nurturing of the family unit. These are things which are criminally easy to take for granted, but if they are neglected or ignored, they slip through our fingers.

Mahatma Gandhi pointed out that "Earth provides enough to satisfy every man's needs, but not every man's greed." In the prosperity of the Eighties, it was common to teach that "greed is good", and we have discussed here that desiring and striving toward better things and a better life is healthy and even admirable. The problem occurs when our greed blinds us to the real cost of that "better life". If advancement comes at the cost of our basic needs, especially our spiritual needs for companionship and love of family and friends, if we even consider risking the welfare of others, then the cost of our greed is too high.