Secrets, schemes, plots and intrigue, we've conspired to make this collection a secret worth sharing.

Choose your CD format
or order disks individually: Add to Cart Add to wishlist
Play a sample episode from April 23, 1950: 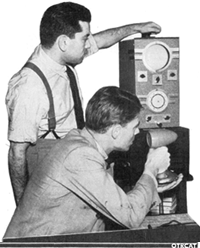 Sharing is an important part of the human condition. In ancient times, the species was advanced by sharing the results of the hunt. The hunt was more successful because the labors, as well as the risks, were shared. When someone discovered that seeds could be planted and grains harvested, that knowledge was shared, and agriculture was developed.

Although much knowledge had been shared, some individuals discovered the benefits of keeping some things secret. Knowing which grains to plant, as well as when and where, would have given certain bands of people an advantage over their neighbors, allowing them to store enough food to get through the winter months while their neighbors had to depend upon the risky business of hunting.

Keeping secrets on an individual basis blurs the lines between harm and benefit. Hiding the knowledge of a misdeed might save the individual from punishment or embarrassment, but that same secret might harm the larger group. When two or more persons agree to a secret which involves a crime or the intent to commit a crime, that is a criminal conspiracy.

The two important elements of a conspiracy are the harm that the secret can bring, and the secrecy itself. Some secrets are necessary for the security and wellbeing of the group. You certainly do not want your enemies to know everything about your defenses. However, there is a growing distrust in government which supposes that those in power are involved in conspiracies to preserve or increase their power. This line of thinking explains the increase in conspiracy theories.

It is easy to dismiss conspiracy theorists as panicky crackpots who see nefarious cabals in every darkened corner. The "Eye of Providence", or the "All-seeing eye" atop the pyramid on the One Dollar bill is, in fact, a recognized Masonic symbol, but citing it as evidence that the US economy is secretly directed by forces controlled by the Illuminati is a bit of a stretch. Nonetheless, there are organizations, both in and out of Government, which put greater priority on their own profits or power than the security or safety of the citizenry. 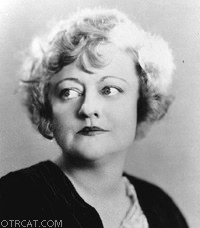 The Columbia Workshop, November 2, 1939, CBS, "Blennerhassett". The Workshop remains true to its experimental nature by presenting the world premiere of Vittorio Giannini's opera, Blennerhassett. The action takes place on an island estate in the Ohio River, a scene from Aaron Burr's conspiracy to commit treason against the United States. The episode takes place after Burr shoots Alexander Hamilton in the ill-fated duel. After leaving the Vice Presidency, Burr conspired with others to form a military expedition which would seize portions of the Louisiana Purchase to form an independent nation, perhaps even a Kingdom for Burr.

The Whistler, September 27, 1948, CBS Pacific Net. "Conspiracy". Frank Lovejoy stars as a newspaper reporter covering an impending flood during a storm in the town where his hated ex-wife lives. It occurs to him that the evidence of any crime committed this night will be washed away, so he goes to her apartment. He doesn't count of there being a witness.

You Are There, December 12, 1948, CBS, "The Conspiracy of Cataline". A reporting of the events of December 5, 63 BC, in the Roman Senate. Senator Cataline has been engaged in machinations to remove Cicero from the office of Consul, while Cicero argues that Cataline is conspiring to overthrow the Republic. Just before the 2016 Presidential election, The Washington Post compared Cicero's Orations to the stylings of candidate Donald Trump.

Suspense, September 28, 1950, CBS, "Fly By Night". The murder suspect is forced to sign a confession after the police deprive him of sleep. He escapes and discovers that there is a complex conspiracy to frame him, and the witness against him has been shot, with his gun!