After the terrors of the Holocaust, some fortunate survivors were invited to enter "the Golden Door" to America, but joining this new Society was not always easy.

Choose your CD format
or order disks individually: Add to Cart Add to wishlist
Play a sample episode from June 14, 1947:

"Send these, the homeless, tempest-tost to me, I lift my lamp beside the Golden Door."
– From "The New Colossus", a sonnet by Emma Lazarus written to raise funds for the pedestal where "Liberty Lights the World (the Statue of Liberty)" stands. The poem was cast on a bronze plaque and mounted on the pedestal.

The scourge of Nazism destroyed much of Europe. Hitler inspired such fanaticism in his followers that the only way to defeat them was their near-total destruction and the countries they had invaded. The destruction wrought by the Nazis and that of their enemies in bringing about their defeat pale in comparison to the destruction of the Jewish People during the Holocaust. 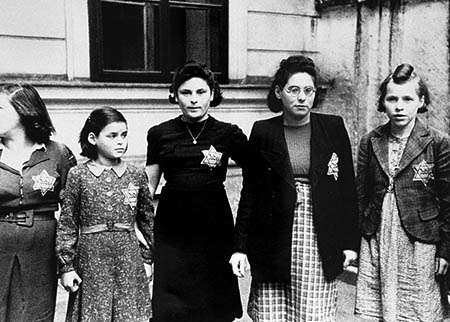 The History of the Jews since Biblical times has been a progress from one example of persecution to another. The ancient Israelites claimed the land of Canaan as their homeland after Moses led them out of slavery in Egypt. They were exiled from their lands by the conquering Assyrians and the Babylonians but were able to return to their homeland when Cyrus the Great subdued Babylon. Jerusalem became a protectorate of the Romans during the early years of the Common Era, and many Jews emigrated to Europe where they became traders and financiers.

Whenever the tides of history turned sour, the Jewish community, seen as outsiders, was an easy target for blame. Hitler recognized this and used anti-Semitism as a means to gain power. His "final solution" to the "Jewish problem" was mass genocide, the elimination of an entire people through torture, subjugation, and state-sponsored murder in death camps. Around six million Jews were killed in the Holocaust, but, amazingly, there were survivors.

Once Nazism was finally defeated, these survivors emerged from hiding or internment in the death camps to discover the world they had known destroyed. The neighborhoods and villages they had known were gone, along with, in far too many cases, their entire families. The survivors found a world without hope, except, for a few lucky ones, a shining beacon of opportunity across the sea in America. 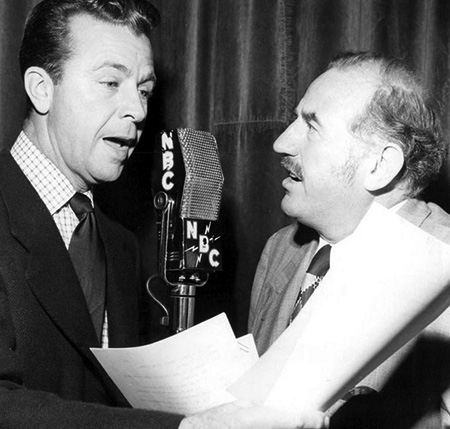 In 1946, the National Refugee Service and the National Council of Jewish Women merged to become the United Service for New Americans (USNA) and assumed the mission of helping Jewish refugees after the War. The mission and duties of the USNA were largely administrative; many of these displaced persons were seeming "non-persons", this was especially true for children who had lost their entire family, in many cases, there would be no record of their birth or even where they had come from. Nearly all of the survivors were deeply traumatized, not only by the loss of their families but torture endured in the Death Camps.

Beginning on May 25, 1947, the USNA, in cooperation with WNYC New York, began broadcasting The Golden Door, a series of stories of some of these survivors. The stories are fictional but based on actual experience and focus more on what the refugees faced in America, although this would be strongly colored by their Holocaust experience. An interesting technique used by the production was, in most cases, to have the actors playing the refugees speaking in an American rather than a European accent. This helped to emphasize that the refugees were now Americans.

The Golden Door was able to draw upon the cream of New York's Radio Row Talent, including Ed Begley Sr. and his son Tom, and Raymond Edward Johnson.