A "Road Trip/Buddy Movie" presented as a syndicated radio serial.

"Episode 2: Beginning of their Journey" 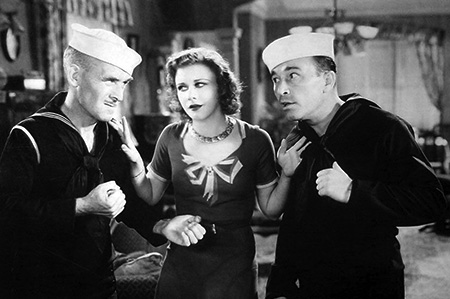 The Road Movie has always been a sure-fire genre for Hollywood. The form has been adapted internationally, but the wide-open spaces of the American Heartland made the Road Movie America's own. Traveling stories go back to classic literature, of course. The Odyssey and the Aeneid are built around their heroes embarking on great journeys. Many epic tales are built on "the hero's journey" format. Road stories can also teach big lessons and provide social commentary. Don Quixote satirized the trappings of chivalry, while The Adventures of Huckleberry Finn is filled with social commentary about the Antebellum South.

The Western Genre, another indelibly American form, often takes the form of Road Movie. Settlers crossing the prairie to start a new life, the great cattle drives, travel and the West are nearly inseparable. Stagecoach's Stagecoach (1939) starring John Wayne epitomizes the theme of travel bringing people together as much as it moves them apart. Frank Capra's It Happened One Night (1934) pairs Clark Gable and Claudette Colbert is a seemingly more superficial tale where the travel liberates a wealthy and pampered woman from her predestined life to discover the hopefulness of "real people" in Capra's utopian vision of America.

Road films are usually also "Buddy Pictures" where the traveling pair may or may not have a close relationship at the beginning but are inseparable by the time the closing credits roll. "Screwball Comedies" are often more buddy pictures than romances, and even in situations where the antagonist is determined to take advantage of the protagonist, by the time their travels together are complete, there is too much affection between them to allow any true or lasting evil.

Gleason and Armstrong was essentially a Buddy/Road Movie in the form of a syndicated radio serial. Recorded and distributed by Hollywood Broadcast Features, there were more than one hundred ten-minute episodes. Like the partners in so many buddy pictures, there is a wide-eyed optimist, Robby in this case, and a more hard-bitten but not-a-smart-as-he-thinks-he-is one, Jimmy. Robby is in love with a girl and he is planning on opening a filling station with Jimmy on land he will buy from her father, but first, the partners plan to drive around the country to learn what it takes to run the best possible service station. Robby's potential father-in-law agrees to finance the trip by letting the partners sell his patented tire puller around the country. It all seems a plot to keep the pair on the road and his daughter from marrying, but the pair manages to venture out into Depression-era America. 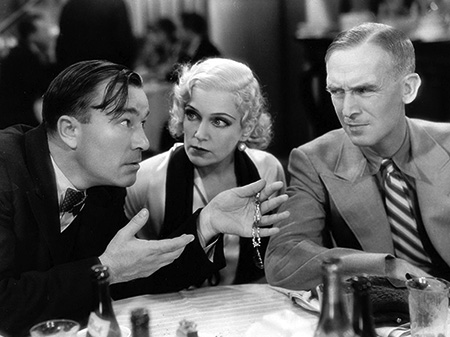 James Gleason and Robert Armstrong are the only credited voices on the program, apparently doubling for other characters they encounter. Before launching his showbiz career, he joined the Army and served for three years in the Philippines. After his discharge, he acted on the London stage before returning to America to write comedy plays and act. When America joined the Great War, he reenlisted and served for the duration. Robert Armstrong studied law at the University of Washington before he was forced to quit school to manage his uncle's vaudeville company. He temporarily left showbiz to serve in the Great War. After his service, he began appearing in silent films and eventually talkies. He is best remembered for co-starring with Faye Wray in King Kong (1933) as the con man who brings the great ape back to New York and ends the picture with the prophetic line, "No, it wasn't the airplanes. It was Beauty killed the Beast".

Robby and Jimmy find plenty of adventure as they cross the country, have run-ins with the law and a few bad guys, pick up a young companion named Oswald in Ohio and a dog named Scram in Texas, get jobs in the St. Louis Zoo and let all the animals escape, judge a beauty contest, and find dinosaur footprints in the desert. By the time they reach Los Angeles in Episode 103 they are determined to get into pictures but end up arrested by a radio car in a burger joint.