Best known for creating Star Trek, Gene Roddenberry also wrote several episodes of the radio western, Have Gun – Will Travel, which played on both TV and Radio.

Choose your CD format
or order disks individually: Add to Cart Add to wishlist
Play a sample episode from December 20, 1958:

Most of us are aware that Star Trek is one of the most successful franchises in the entertainment world, and probably the most recognizable in the whole pantheon of science fiction. The Star Trek Universe is made up of comic books, video games, novels, more than a dozen movies, and several different television series. With so many iterations, it can be easy to forget that there was a time before Star Trek and that the whole thing is based on a semi-successful prime-time TV show from the mid-1960s which very nearly was never made. 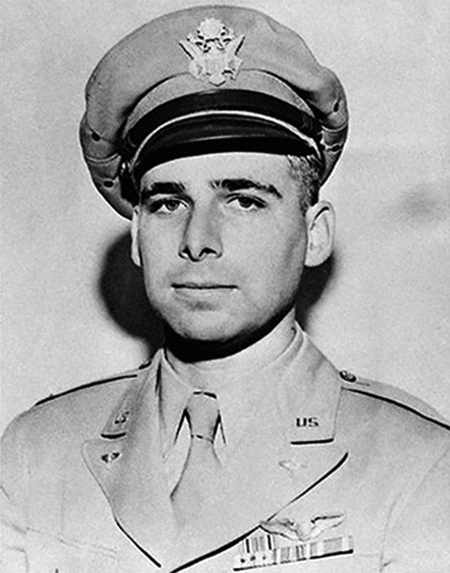 The Star Trek universe and its vision of a hopeful future for mankind were the product of a writer named Gene Roddenberry. While Star Trek may have been Roddenberry's most important and longest lasting contribution, it was certainly not the only project he wrote for, although it could be argued that his previous body of work was leading up to "boldly going where no man had gone before".

Gene Roddenberry was born in El Paso, Texas, 1921, but the family moved to Los Angeles in 1923 when his father passed a civil service exam and was offered a position with the Los Angeles Police Department. For most of his life, Gene considered his father to be just another "bigoted Texan", but developed a newfound respect for the senior Roddenberry near the end of his life. While his father was working on the mean streets of Los Angeles, Gene developed a fondness for reading and was attracted to pulp fiction magazines like ­Astounding Science Fiction and the John Carter of Mars series.

Roddenberry majored in Police Science at Los Angeles City College, but also studied aeronautics and got his pilot's license through the Army Air Corps-sponsored Civilian Pilot Training Program. He joined the USAAC on December 18, 1941, and was assigned to the 5th Bombardment Group flying B-17s with the Thirteenth Air Force out of Bellows Field, Oahu. While stationed in the Pacific he began writing and sold a few stories to aviation publications.

After the War, he became an airline pilot for Pan American. One evening in 1947, he was "deadheading", flying as a non-paid crew member so he could travel for free, on Pan Am flight 121 from Karachi to Istanbul. Over the Syrian desert, two of the aircraft's engines caught fire. Since he was not needed at the controls, Roddenberry went aft into the cabin to help calm the passengers. After the plane crashed, he helped to pull many of the survivors to safety before fire engulfed the airframe. The crew on the flight deck were killed. Roddenberry was awarded a Civil Aeronautics commendation for his actions. 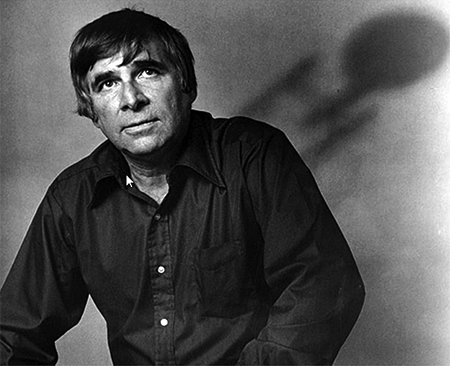 The first time Gene saw a television broadcast, he realized that he had a place in the new medium as a writer. In the aftermath of the crash in Syria, he resigned from the airlines. Unfortunately, since the industry was still in its infancy, there were no jobs for untested screenwriters. He applied for LAPD in 1949, and worked with the traffic division for sixteen months before his writing talents were noted and he transferred to the Public Information Division. For a time, he was the lead speechwriter for Police Chief William Parker.

Roddenberry continued to submit scripts, hoping to break into television. He became a technical advisor for Mr. District Attorney when ZIV Syndications revived the program for TV and sold scripts to ZIV for that show and Highway Patrol under the pen name "Robert Wesley". By the summer of 1956, he decided that writing was his priority, and he resigned from the LAPD. He went on to contribute scripts to Harbor Command, Naked City, The Detectives, Wrangler, Dr. Kildare, The Lawbreakers, and several other programs. Roddenberry often claimed to have been the lead writer for Have Gun – Will Travel, although the show's producers said that no such position existed. He was one of the most prolific writers for the series with 24 episodes, and the only writer to have shows in all six seasons. When HG-WT made the unusual move of basing a radio program on the TV series (many TV Westerns were originally radio shows), several of Roddenberry's scripts were put on the radio with John Dehner starring.

It is a widely accepted piece of Star Trek lore that Roddenberry pitched his science fiction masterwork as "Wagon Train to the Stars". "Have Starship – Will Travel" may have been a more accurate summation. Even though Paladin's big 45 Colt would often have the final say, whenever he could he tried to use non-violent means to solve the problems presented in the episode. Roddenberry wrote the Christmas episode of HG-WT's first season, "The Hanging Cross". Paladin hangs up his big gun and places himself between a violent rancher and the Indians. Star Trek's Captain James Kirk had many elements of a swashbuckling hero as he traipsed about the galaxy seeking adventure, but he also made it a point to keep his guns in their holsters until there was no other option, often with higher authority breathing down his neck to shoot.

There is no official story of how or why Have Gun – Will Travel made the move from TV to radio, although many feel that the radio version was even more entertaining than the already excellent TV show. There are reports that producer Norman MacDonnell was still bitter over the way that CBS-TV "stole" Gunsmoke, and he produced HG-WT to show the superiority of radio as a storytelling medium. MacDonnell cast radio veteran John Dehner as Paladin (ironically, Dehner had turned down the role of Matt Dillon previously because he did not want to be typecast in Westerns). Many of the scripts from the TV series were used with just some minor rewriting so that descriptive actions could be portrayed. The original writers received no residuals for the radio plays. 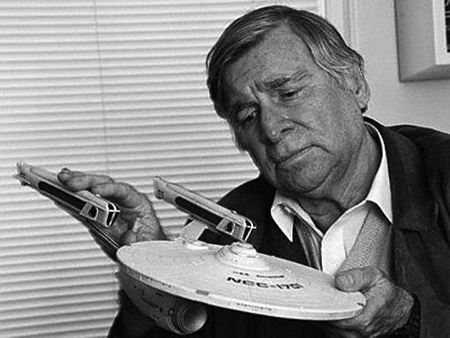 The original series of Star Trek was canceled after three seasons and 79 episodes. It was dropped because of low ratings and high production costs, but it found an almost cult-like following in syndicated reruns. This groundswell of support for the show and its characters led to the first Star Trek convention in 1972 (for a time, Roddenberry's main source of income was giving lectures at conventions). Star Trek: The Motion Picture was released in 1979, and the franchise returned to television in 1987 as Star Trek: The Next Generation. By this time, Roddenberry's role was shifted from producer to Creative Consultant.

By the late 1980s, Roddenberry began to show signs of cerebral vascular disease and encephalopathy. A stroke in early October 1991 left his right arm paralyzed and in constant pain as the muscles atrophied. During a visit to his doctor's office on October 24, Roddenberry began struggling for breath. Oxygen was administered, and his wife was called to the scene to encourage him to breathe, but he went into cardiopulmonary arrest. Attempts at CPR were not successful.

A portion of Gene Roddenberry's ashes was flown into orbit aboard the Space Shuttle Columbia in 1992. In 1997, approximately seven grams of his ashes were placed in orbit in the spacecraft Celestis, but the vehicle's orbit eventually decayed and disintegrated as it reentered the atmosphere. Another launch, carrying Roddenberry's remains, along with those of his wife Majel Barrett, James Doohan, and other Roddenberry relations, was rescheduled in 2009, the launch may take place in 2016. There is a Star on the Hollywood Walk of Fame at 6691 Hollywood Blvd honoring contributions to Television by Gene Roddenberry.