Before AFRS could broadcast a program donated by the networks, the show had to be "decommercialized". Sometimes this meant changing the show title and cutting out the sponsor pitch.

Choose your CD format
or order disks individually: Add to Cart Add to wishlist
Play a sample episode from March 12, 1944:

The Armed Forces Radio Service had a mission to help improve the morale of our troops overseas by bringing them a slice of home over their radio sets. The Service produced some of the best original programming of the era, programming which the folks back home was not able to hear. Wonderful shows like Command Performance, G.I. Journal and Mail Call would be recorded at the AFRS Hollywood Studios with a live audience (usually servicemen stationed nearby and their dates) and pressed onto high-quality phonograph discs which were shipped to AFRS Stations in every theater of the War. 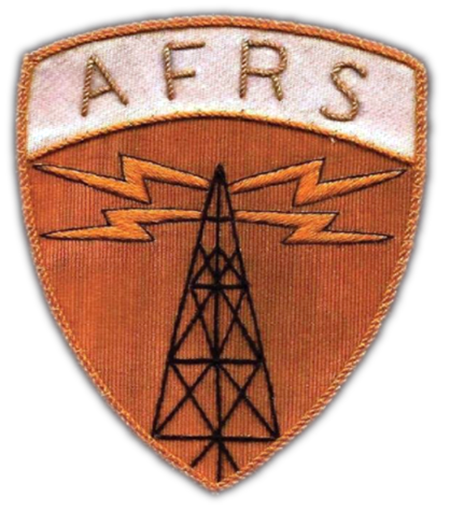 The AFRS Produced programs were some of the best anywhere. The War Department could afford the latest recording technology and enough radio workers had been drafted or volunteered to provide the know-how to use the equipment. The biggest names in Hollywood performed on a volunteer basis, and usually went out of their ways to give their best performances; as long as they were not being called up, nothing was too good for our boys in uniform. As good as the AFRS Produced material was, what the boys overseas really wanted to hear was the programs that their girlfriends and wives and kid brothers were hearing back in the States.

This presented a problem for AFRS. The Service had the resources to pay for the commercial programs, but the networks were more than happy to provide the shows gratis. The most popular shows that the boys wanted to hear were sponsored productions, and AFRS and the War Department could not be seen as catering to advertisers or commercial interests. This required some very creative editing to "decommercialize" the programs.

The first thing to do was often to change the title of the program to eliminate any association with the sponsor. The Screen Guild Theatre was an exemplary case. The program had two sponsors, after a fashion. The primary sponsor during the period in question was the Lady Esther Cosmetics Company, but it was also a fundraiser for the Screen Guild's Motion Picture Country Home for retired actors. The program usually featured movie adaptations, often with the original Stars reprising their parts and the guest actors would then waive their usual fees, which the sponsor would donate to the Motion Picture Country Home.

Since the show was being adapted for the guys closest to actual combat, AFRS rebranded it as Frontline Theatre and replaced the Lady Esther pitches with music. Of course, some of the best broadcasts required more detailed editing. An extreme example was the Lady Esther Screen Guild Theatre episode of April 27, 1944 was titled "Why Jack Benny Will Not Appear on the Program" featuring Barbara Stanwyck, Jean Hersholt, Michael Curtiz, Basil Rathbone, and Jack (The Gulf Screen Guild Theatre used the same script in 1940 with Claudette Colbert). As was often the situation on Jack's popular show, the action is a "play within a play" with the ever so vain and stingy Jack Benny trying to have what no one wants him to have, in this case, a chance to make love on the radio with Ms. Stanwyck. 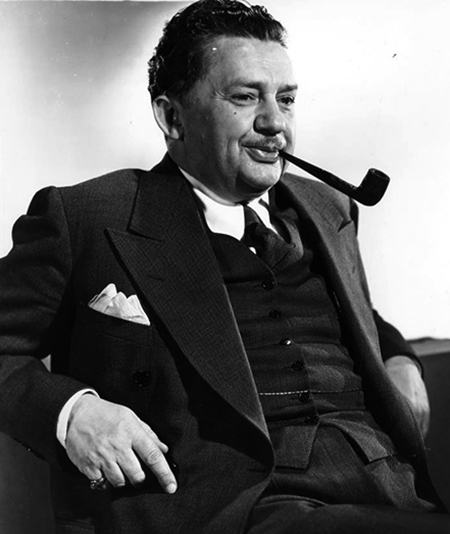 The concept itself is funny enough, but when it is turned over to Jack's comedic talent, the talent of Jack's writing staff, and the good nature of the rest of the players, it is absolutely hilarious. The problem for AFRS is that in almost every scene, someone mentions that the play will be on The Lady Esther program. Frontline Theatre, which retitled the play, "Ham For Sale", had to edit out more than nine seconds of dialog in the exchange between Jack and Screen Guild President Jean Hersholt alone.

Editing mechanically recorded audio is not the simple process that is has become in the digital age. It is a relatively simple matter to make cuts or additions to an audio track on a computer screen. As Bing Crosby would discover in a few years using his AMPEX magnetic tape technology, it is only mildly more difficult using magnetic tape which can be "razor spliced", physically cutting out a section of tape, or simply recorded over.

With mechanical recording, the original audio performance uses the electric signal to cut grooves into the master disk. The only way to edit the track is to cut a new master using playback from the original. It is possible that the Frontline version was made by having the cast record the whole show again; there is a definite difference in the quality of the original Lady Esther and the Frontline versions, but this seems to be from re-recording rather than a new performance. If it had been reperformed with a new script that had the sponsor references removed, then they would have found a way around the fact that Mr. Hersholt tells Jack that he cannot be in the play when he is not even heard to ask in the redone version.

Other adaptations in this collection include Miracle in the Rain starring Helen Hayes and adapted from Ben Hecht's 1943 novella, the story would appear on the big screen in 1956 starring Jane Wyman and Van Johnson; Chic Young's Blondie in "Please Not C.O.D."; Katherine Hepburn and Spencer Tracy in "Woman of the Year"; "Three Men on a Horse" adapted from the 1936 film; Gloria DeHaven and Frank Sinatra take the roles played by Ginger Rogers and Fred Astaire in 1936's he Gay Divorcee"; and Charles Laughton, Florence Bates, and Jon Hall reprise their roles from the 1942 film "The Tuttles of Tahiti".