Produced for Westinghouse by KDKA on the station's 50th anniversary. 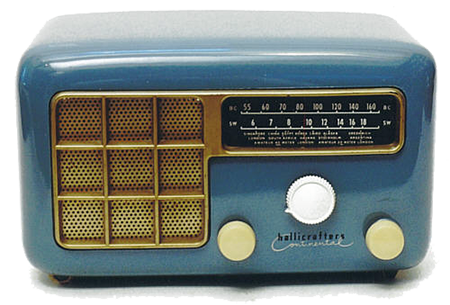 Fifty years ago, it was a tie of incredible change. Color televisions were becoming the centerpiece of the American living room. Political conservatives and members of the "Peace Movement" were beginning to agree that the only solution for the Vietnam crisis was simply to get out. The President who was reelected by a landslide on a platform which promised to end the war would be tied to political skullduggery which would eventually force him to resign the office. Men had stood upon the moon and returned to an Earth which would effectively abandon space exploration except in the realm of fiction.

Fifty years ago, the first Old Time Radio enthusiasts were celebrating the first fifty years of radio broadcasting. For those early OTR fans, the hobby was based on discovering obscure recordings of early broadcasts, copying those recording on analog magnetic tapes, and then sharing and trading them with other OTR enthusiasts. Thankfully, most of these fragile recordings and copies have been digitally preserved and cataloged, making it easy to learn about and enjoy these broadcasts and appreciate how these early broadcasters helped to shape our modern world. 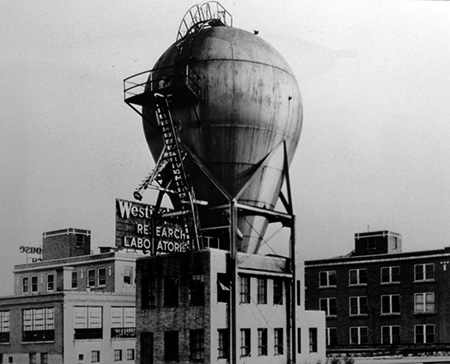 The programs in this collection are taken from a series of vinyl record albums produced by station KDKA for the Westinghouse Company. At the turn of the Twentieth century, Westinghouse was manufacturing heavy duty electrical generation and transmission equipment. Westinghouse technology was in direct competition with systems championed by Thomas Edison, the stakes being the electrical infrastructure of the nation. In 1919, the company joins with General Electric, American Telephone and Telegraph, and United Fruit to purchase the American Marconi Corporation and form the Radio Corporation of America.

During the First World War, Westinghouse Laboratories did some developmental work for the Army Signal Corps on radio telephones. Civilian broadcasting had been curtailed during the War, and when the ban on amateur radio was lifted in 1919, Westinghouse engineer Frank Conrad began experimenting with vacuum tube sets in his spare time. His amateur station was eventually licensed and given the call letters KDKA. Conrad was instrumental in convincing Westinghouse to get into the manufacture of radio receivers for public sale. It is important to note that the earliest regular broadcasts were designed to sell radio receivers, true commercial broadcast with sponsors and ads would come later. 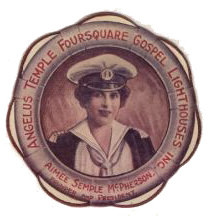 The first two sides of the collection are hosted by Ben Gross, long-time radio critic for the New York Daily News. Gross got "stuck" with the job when another reporter called in sick. He had no idea of how to operate the office's crystal set, but he found an electrician in a nearby bar who gave him the necessary training. He was there for the first broadcast from NBC and several other radio firsts in the Twenties, and he relates some of these experiences on the disc. The News assigned Gross to cover television in the Fifties, which he found incredibly dull. Recollections of Aimee Semple McPherson close the first disc.

Pioneering radio announcer Jimmy Wallington takes up the hosting duties for the second disc. He had been there for the rise of commercial radio from the late Twenties and into the Depression years of the Thirties. Special attention is paid to the comedians who made the transition from vaudeville to radio, the power of sponsors, and the rise of radio news. Wallington takes special delight in relating how radio could regularly "scoop" print journalists. Humorist Henry Morgan gets a crack at the high points of radio drama. He compares early serial dramas like The Lone Ranger to comic book stories, perhaps "not great, but a lot of fun!" Morgan discusses how pictures weren't necessary because the dialog and voices told the story. The real mental pictures were painted with both simple and complex sound effects. The second side of disc 3 begins by exploring the appeal of daytime serial drama, the hugely successful Soap Opera format. Anne Hummert of the famous Hummert Radio Factory explains the appeal of the radio Soaps. Because radio should have something for everyone, the disk closes with kids shows.

Almost all radio was live in those days, which could lead to some interesting situations, but none seems as live as sports broadcasting. George Hamilton Combs reveals how baseball and other events were first brought to radio on disc four. The biggest objection to early sports broadcasts came from the sports team, why would fans come to the ballpark if they could hear the game on the radio? However, broadcast exposure brought an even bigger fanbase. Sports seems like a raucous lead into "black-tie" music, but radio brought classical music to millions who would have had no previous exposure to the art. As Mr. Combs points out, people who could barely afford bus fare, let alone a theater ticket, could enjoy the excitement of a Broadway show at home. Combs remembers some of the juicy scandals and events which filled the airwaves of the late Thirties, including the Lindberg Baby Story, development of the White House Press Corp, the influence of Walter Winchell, and the effect of the 1938 broadcast of The War of the Worlds. 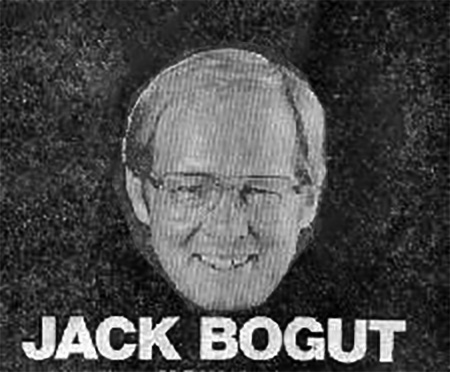 The most chilling trend of the Thirties is the rise of Nazism in Europe. This fills the second half of disc four's second side, leading to host Gary Moore on disc five who guides us through the years of peace and the beginning of the War Years. Not only was War on the horizon, but Radio was relaxing its stand against recorded content thanks to the FCC easing regulations about identification as well as strikes by the Musician's Union. After 'the day which would live in infamy', radio spent the first year of the War bringing bad news, but what was unique was the fact that the medium continued to bring news.

KDKA Pittsburgh host Jack Bogut is our guide for the last disk. Bogut maintains that with the fiftieth anniversary of KDKA, radio is entering a second Golden Age. Acceptance of recorded music brought more power to radio disc jockeys and the increase of specialty station. Whether the rise of disc jockeys drive-time radio, rock and roll, and the voice of the youth culture constitute a Golden Age is for Twenty-first Century OTR fans to judge, but overall, the collection holds treasures for fans everywhere.