Enjoy comedy legend, Jimmy Durante, with his straight man, Garry Moore, on the The Camel Comedy Caravan and The Rexall Hour.

Choose your CD format
or order disks individually: Add to Cart Add to wishlist
Play a sample episode from January 26, 1945: 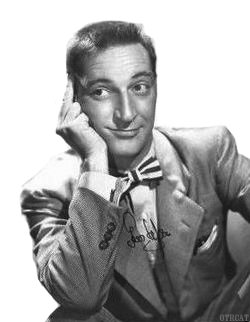 Jimmy Durante and Garry Moore appeared on the Camel Comedy Caravan as a comedy team where Garry Moore played the straight man. They teamed up in 1943 purely by accident. The Comedy Caravan was a comedy show with music featuring about six comedians beginning with a new guy, in this case Garry Moore, and ending with an established comedian. Durante and Moore were teamed up purely by chance. The director of that 1943 show thought the contrast between the new kid and the old vet would be magic. 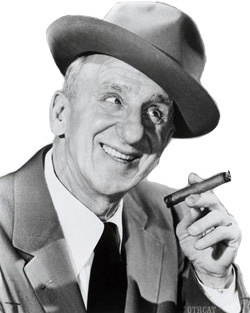 At first, neither knew what to think of the other. Eventually they became comfortable with one another and relaxed. The show worked because Durante was a generous performer and Moore was eager to learn. In the late 1940s Moore left the show to go into television while Durante continued on the radio.