He began his career as a silent-era film star and later became an auteur director and author.

Choose your CD format
or order disks individually: Add to Cart Add to wishlist
Play a sample episode from June 10, 1944:

"Four for the Fifth: High Command"

"In Hollywood, you are only as good as your last picture." 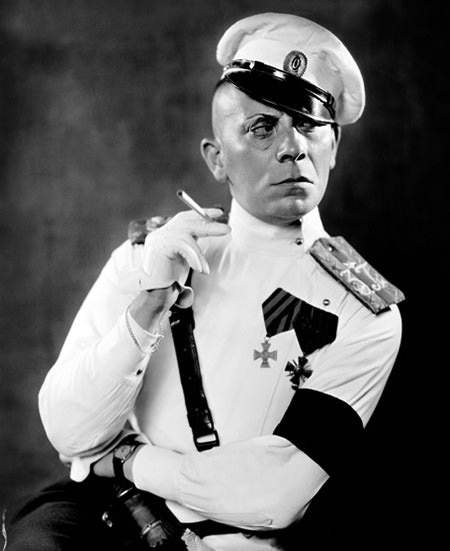 The director who gave us that bit of wisdom, Erich von Stroheim, went on to complain that if one does not have a picture in production within the last three months, one is apt to become a forgotten entity. The complaint stems from Stroheim's own European artistic sensibility. He longed for the artistic respect he longed for the recognition of the French, where if "you have written one good book, or painted one good picture, or directed one outstanding film fifty years ago and nothing else since, you are still recognized and honored accordingly. People take their hats off to you".

Of course, Stroheim was working in Hollywood, where those who were responsible for making movies were more concerned with making a profit than they were about creating fine art. Whether Hollywood is a town dominated by artistic vision or by the bottom line of the bean-counters is a debate for another forum. If we choose to divide Hollywood into two camps, those who strove to bring the greatest vision and scope to their pictures and those who simply saw the film industry as a profit making endeavor, Stroheim would definitely come down on the side of the nut jobs.

Born Erich Oswald Stroheim in the Vienna of the Austro-Hungarian Empire, 1885, young Erich was the sort of adventuresome soul who would not be trapped in his middle-class father's hat factory. In 1909, he boarded the S.S. Prinz Friedrich Wilhelm for the passage to America. By the time he arrived at Ellis Island, he had created a new backstory for himself, he was now Count Erich Oswald Hans Carl Maria von Stroheim und Nordenwall. Despite his newly minted nobility, (fellow immigrant Billy Wilder noted that Stroheim spoke with a decidedly "lower-class Austrian accent). "von" Stroheim was forced to make ends meet by working odd jobs, but eventually made his way to Hollywood, where he was still relegated to odd jobs, but now they were odd jobs in the movies!

The great D.W. Griffith hired Stroheim as a set decorator, assistant director, writer, technical consultant, and actor. Stroheim's incredible eye for detail made him a great set decorator; the same facility would later make him insufferable to actors when he became a director. With the start of the First World War, Stroheim found himself typecast as sadistic, monocle-wearing German officers in a number of films. He retained the Prussian haircut and even wore a monocle away from the set on occasion. After the War, he was hired as a director by Universal and created Blind Husbands (1919). 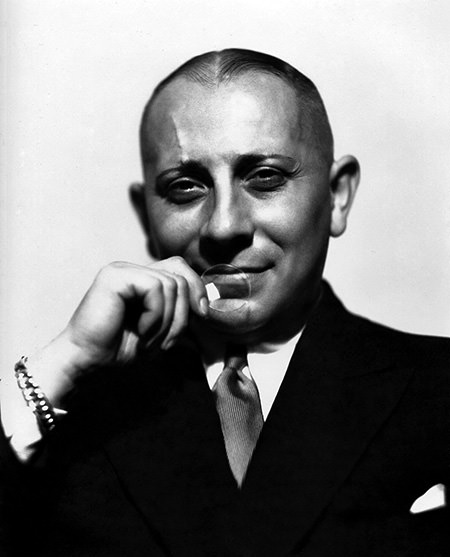 Stroheim's most notorious adventure as a director was Greed (1924), Working for the Goldwyn Company. Based on the novel McTeague by Frank Norris, it "tells the story of a couple's courtship and marriage, and their subsequent descent into poverty, violence and finally murder as the result of jealousy and greed". Obsessed with getting the details of the story on film, Stroheim shot more than 85 hours of footage, and kept the company on location in Death Valley for two months in midsummer, resulting in rampant illness among the cast and crew. In the original edit, the film was 42 reels (only 12 people, besides studio personnel, saw the original cut). Stroheim cut the film to a still ungainly (and unwatchable) 24 reels. By now, Goldwyn had merged with Metro Pictures to become MGM, and the new management was desperate to recoup the investment made in the film. It was eventually cut to 10 reels (240 minutes), which Stroheim insisted destroyed the picture. The cuttings are considered one of the greatest losses in cinema history, eventually destroyed by the studio's janitorial staff.

Stroheim revived his reputation to a certain extent with The Merry Widow (1925), a profitable romantic drama, but he was released as director from other films for his refusal to compromise his artistic principles for commercial considerations. By the time sound pictures came on the market, Stroheim was working primarily as an actor.

He won a nomination for Best Supporting Actor in Billy Wilder's Sunset Boulevard (1950) as the butler dedicated to Gloria Swanson's character, Max Mayerling. Mayerling had been a director during the silent era and footage from pictures that Stroheim had directed with Swanson was used in the picture. Stroheim spent his last years living in France where his films from the silent era were still highly respected. He was taken by cancer in Maurepas, France, on April 12, 1957, at the age of 71.

Erich von Stroheim's contributions to Motion Pictures are honored with a Star on the Hollywood Walk of Fame at 6848 Hollywood Blvd, between the El Capitan Theater and the Zara clothing store.